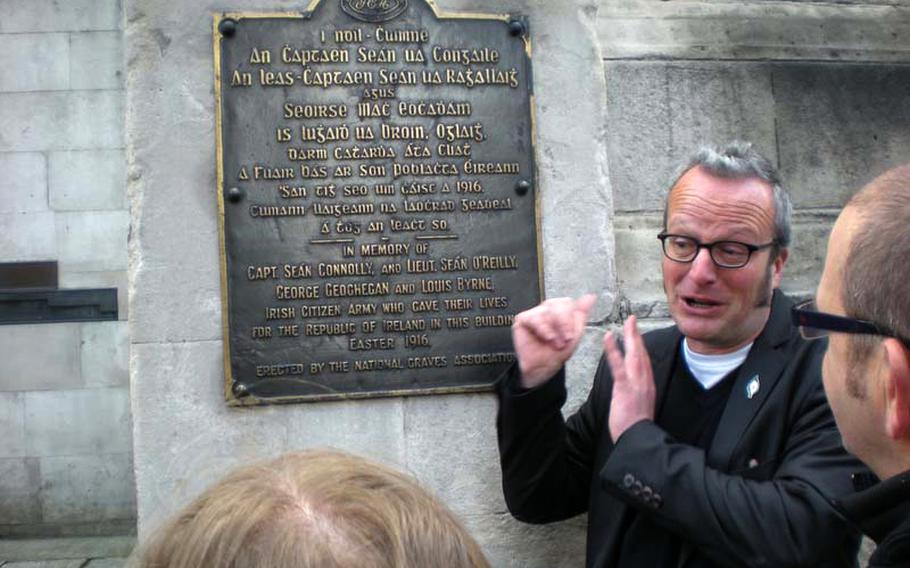 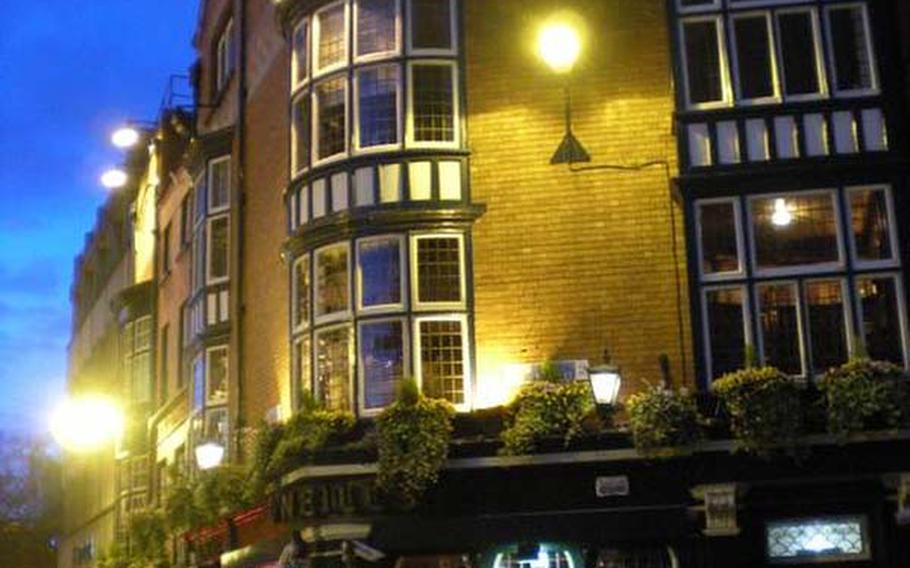 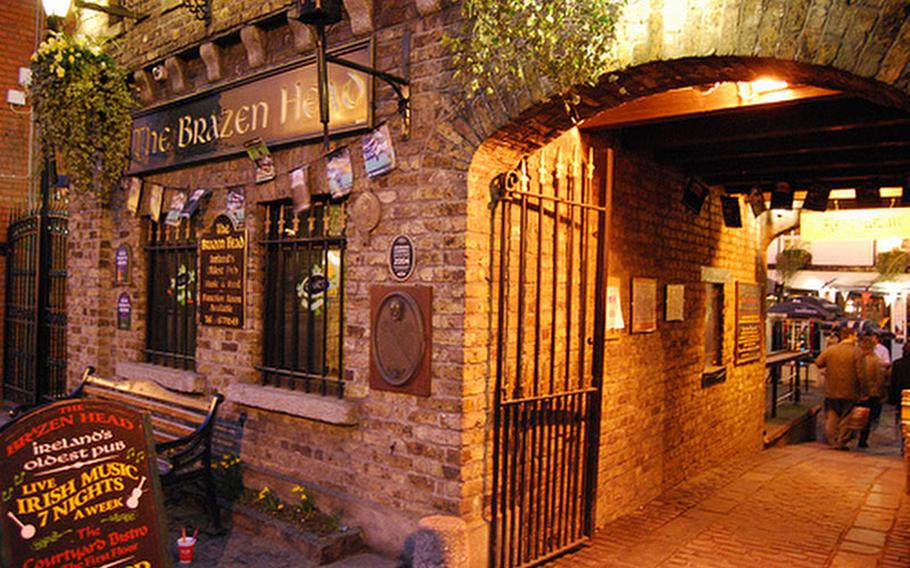 We sat riveted, focused only on who was before us in a cozy, historic Dublin pub: storyteller Johnny Daly.

With the rising and falling of his voice, at first clear and direct to set the scene, then hushed to a whisper as he leaned in for emphasis, Daly told stories of how 19th-century Irish peasants survived on potatoes and of the men who tried to outwit slippery leprechauns and mischievous fairy pookas, as he proved that the spoken word is more powerful than the written one. He made us gasp, laugh, then simply sit with mouths agape, transfixed by his words. Such is the captivating way of a great storyteller.

Though Ireland&rsquo;s novelists, poets and playwrights are well-known, the Irish are also noted for their &ldquo;gift of gab,&rdquo; the ability to tell a story with wit and charm. I didn&rsquo;t assume that every Irishman I met would entertain me, but on a trip to Dublin in April, I wanted to hear stories. And if they were enhanced by an Irish brogue and a pint of Guinness, all the better.

Over two days in downtown Dublin, my husband and I got our fill of Irish tales.

We began with the story of the 1916 rebellion as told by historian and author Lorcan Collins. He led an entertaining walking tour to some of the rebellion&rsquo;s Dublin sites &mdash; many still bearing bullet holes &mdash; and cracking jokes to lighten the seriousness of the subject.

The 1916 Easter Rising, as it&rsquo;s known, was a significant rally against British colonization. The rising and subsequent executions of its leaders aroused Irish nationalism, leading to Irish independence in 1922. His story climaxed at the General Post Office, where we relived history as Collins told us how rebels seized the building and attempted to overthrow British forces. We got a taste of Irish pride when an Irishman, listening nearby as Collins recounted the events, shouted, &ldquo;Tell the truth, now!&rdquo; Collins nodded knowingly.

Collins is a writer and editor for a new series of books called &ldquo;16 Lives,&rdquo; one book for every man of the Rising to be executed. He drew his listeners close when he instructed us to stand shoulder-to-shoulder in a tight ring as he spoke with quick words and sharp wit. We could have heard the history for several more hours, but alas, his tour ended at Dublin Castle. So we headed for &ldquo;An Evening of Food, Folklore and Fairies&rdquo; with storyteller Daly at The Brazen Head pub.

While many pubs claim to be the &ldquo;auldest&rdquo; in Dublin, The Brazen Head actually is, dating from 1198. Its castlelike stone facade and low ceilings evoke medieval times and provided a cozy setting for intimate storytelling.

Daly took listeners through three themes: the circumstances leading to the potato famine and Irish immigration, Irish folklore&rsquo;s &ldquo;other world&rdquo; of fairies, and Ireland&rsquo;s storytelling traditions. A meal course followed each story. Irish musicians joined in for a traditional set, too.

Daly&rsquo;s storytelling style was captivatingly detailed. He told of Irish farmers eating 14 pounds of potatoes a day, for example &mdash; and he vividly set scenes that transported his listeners through places and times, bringing us into the mythical fairy underworld and setting us around the hearth in an Irish peasant home. Though the room was packed with about 50 diners, Daly leaned in to connect with each listener, looking each of us in the eyes. Even the children in the audience were charmed.

Daly wanted us to know the impact storytelling has on an audience, so he made it a point to note our gaping mouths, wide eyes and raptured silence. That moment of self-awareness was unsettling, but true. A good story holds power over us.

The next day we exchanged stories with a Dubliner through the City of a Thousand Welcomes program, which connects visitors with a local &ldquo;Dub,&rdquo; as general manager Simon O&rsquo;Connor calls them. &ldquo;Dubs&rdquo; are volunteers who introduce visitors to the city, giving them an insider&rsquo;s edge.

I was eager to ask our Dubliner, Ruth Ryan Greenfield, about Irish storytelling. Do the Irish still gather to tell stories? No, she said. Ireland isn&rsquo;t a peasant culture anymore.

Though Ireland has evolved from a peasant culture, the social bonds remain. Some of that is still evident in pub life, where folks gather to hear each other&rsquo;s news, and where Dublin&rsquo;s literary greats were known to find inspiration.

Our last story evening followed in their footsteps as we took the Dublin Literary Pub Crawl, a tour of theatrics set against the backdrop of Dublin nightlife.

Actors and tour guides Frank Smith and Brendan Morrissey began at The Duke pub by entertaining us with their comical interpretation of Samuel Beckett&rsquo;s &ldquo;Waiting for Godot.&rdquo;

After introductions, they paused, their expressions changed, and they assumed the roles of the play&rsquo;s characters, Vladimir and Estragon, complete with hats and dramatic gestures to present a &ldquo;Who&rsquo;s-On-First&rdquo;-like interpretation of Beckett&rsquo;s contemplative work.

The night got even merrier as the pints flowed and our guides led us to four pubs. We also visited sites that Smith called a &ldquo;culture stop with no drink,&rdquo; as opposed to the pub stops &mdash; a &ldquo;drink stop with no culture.&rdquo; Each stop, such as Trinity College and the former church of St. Andrew&rsquo;s, included a history lesson and a performance from an Irish writer&rsquo;s work. Pieces by Oscar Wilde, Seamus Heaney, James Plunkett, Brendan Behan and James Joyce all made appearances.

Two days, four tours, many new Irish friends, and many, many stories. Like any absorbing tale, Dublin&rsquo;s storytellers left me yearning for more.