If you’re planning to see the Shroud of Turin, be prepared to stand in line 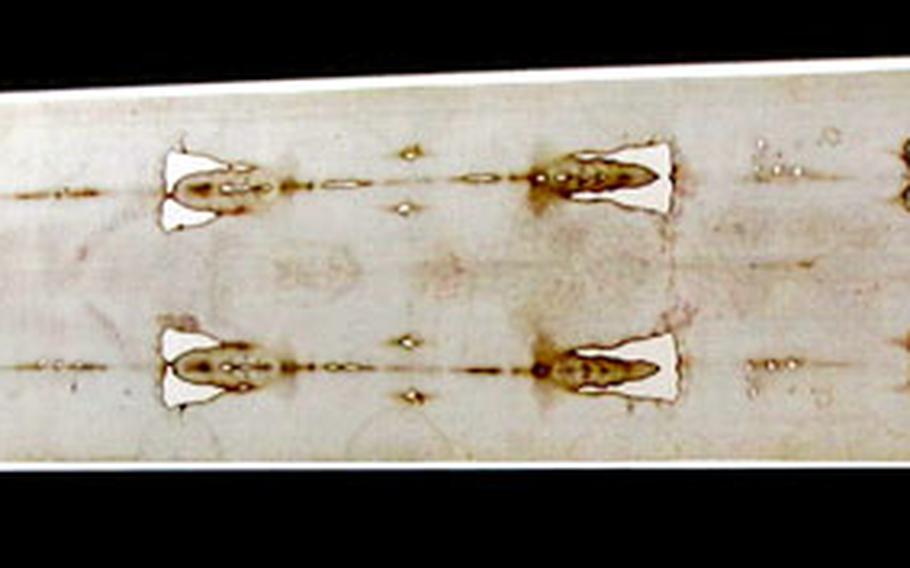 The famed Shroud of Turin is kept in a bulletproof, climate-controlled case while on public display. After 80 minutes in line, visitors are given about five minutes to gaze at one of the most curious articles of faith in the world. (Suellen Dickson / Special to Stripes)

The famed Shroud of Turin is kept in a bulletproof, climate-controlled case while on public display. After 80 minutes in line, visitors are given about five minutes to gaze at one of the most curious articles of faith in the world. (Suellen Dickson / Special to Stripes) 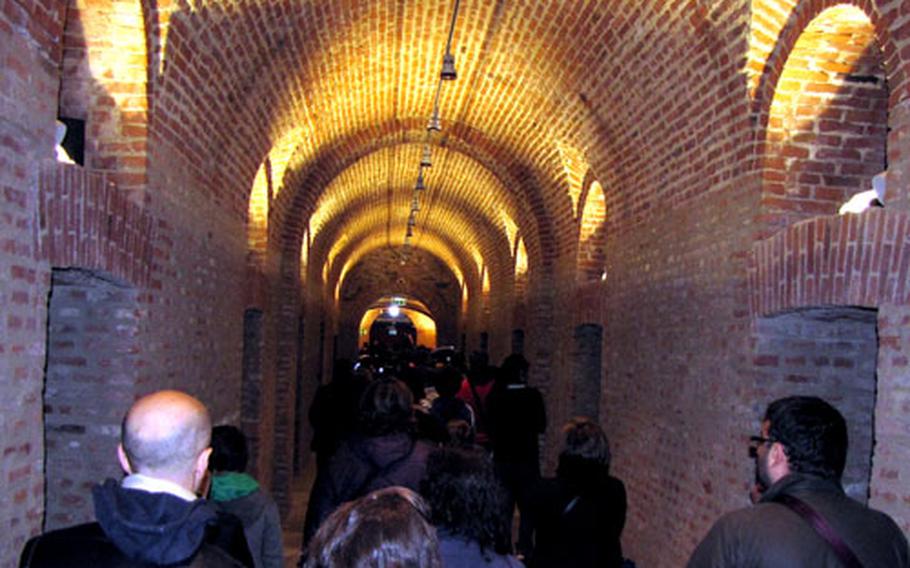 The line to see the Shroud of Turin enters the Turin Cathedral. At last, viewers are out of the rain, but there is another 20 minutes of jostling ahead before reaching the shroud. (Patrick Dickson / S&S) 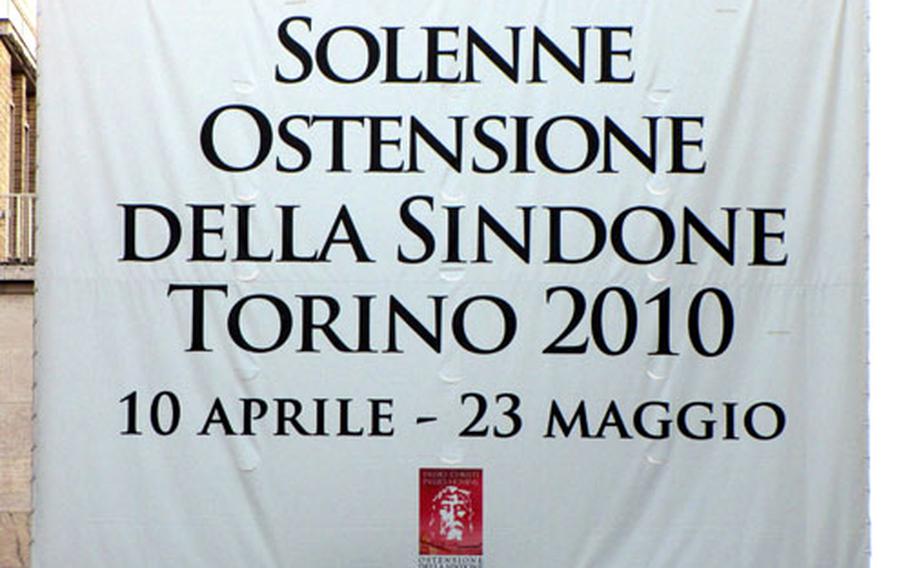 A banner that reads "Solemn Exhibition of the Shroud, Turin 2010, 10 April-23 May" hangs over the street at the end of Piazza San Carlo, one of the main squares in Turin, Italy. The city has rolled out the red carpet for the expected two million visitors for this year&#39;s exhibition. (Patrick Dickson / S&S)

The Italian city of Turin opened its arms to the faithful earlier this month, beginning a six-week exhibition of the most famous Christian relic in the world, the Shroud of Turin.

This is the fifth public exhibition of the shroud, which many believe to be the burial cloth of Jesus Christ. It was previously displayed in 1898, 1978, 1998 and 2000.

Whether the burial cloth is that of Jesus is an article of faith, and not a debate I wish to enter. A radiocarbon dating done in 1988 put the origins of the cloth at some time in the 14th century, but soon after, church officials disputed the test results, arguing that the pieces of cloth used in the test were taken from a portion of the shroud that had been repaired in the centuries after Christ&#8217;s death.

For the faithful, no amount of evidence will dim their belief. For the nonbeliever, no proof will ever do.

We got tickets in December, when they were first made available on www.sindone.org. Free tickets to view the shroud &#8212; the public display began April 10 and will continue through May 23 &#8212; are still available, though it appears that the weekend viewings have all been booked. About 2 million people are expected to see the shroud, including the pope on May 2.

With tickets in hand &#8212; you reserve a time in 15-minute increments &#8212; you show up at a gate on the north side of the Giardini Reali, a park behind the Turin Cathedral. You might think the cathedral&#8217;s plaza is where the entrance would be, but the front of the church serves as the exit; otherwise, the lines of those waiting to see the shroud would obstruct traffic.

We were advised by the hotel staff to get to the entrance a half-hour before the time on our tickets. We arrived at 7:50 a.m., having reserved an 8:45 showing. The lines were already long. We wondered what it would mean to not get to the door by 8:45, but no one asked to see our tickets while we were outside the cathedral or inside the viewing room. Not once.

After about 20 minutes in the rain, we entered the first gate and got under the covered walkway. This is where the concert-like jostling began in earnest. It was dumbfounding: The old women were the worst &#8212; they would push their way in front of you and then insist that the others in their group needed to come forward so they could stay together.

And when you think you&#8217;ve finished your journey, no. It&#8217;s a video. A fairly interesting video explaining each area of the shroud &#8212; front, back, and the wounds from the crown of thorns, the nails and the flogging. Then you move on, thinking you&#8217;re going into the church, but it&#8217;s back out to another walkway.

After just a few minutes, you enter a vaulted hallway, inside at last. And here&#8217;s a tip &#8212; when you get into the Chapel of the Holy Shroud, stay to the left. As you get funneled into three lines, the one on the left winds up being closest to the shroud, with two other gallery levels passing in front of the display. A sign tells you that photography is prohibited. Still flashes went off every few seconds. We took three or four shots without the flash.

What&#8217;s it like? Well, it&#8217;s dark in the chapel; the shroud has to be protected against light exposure. It&#8217;s hung horizontally and lit from the back. The famous photographic negative image of the face is far more detailed than anything you&#8217;ll see here. Here, you&#8217;re looking at the shroud from a distance of 10 to 20 feet depending on which way you go (we were farthest back), and it&#8217;s not easy to see detail. I never saw anyone hustled away; your time is your own, but it&#8217;s hard to imagine needing more than 10 minutes.

Nonetheless, it&#8217;s a "wow" moment. You&#8217;re in the presence of the most controversial object of Christian history; one that evokes passion on both sides of the argument. If it&#8217;s powerful for you on another level, all the better.