Hokkaido: There’s lots to see and do on island 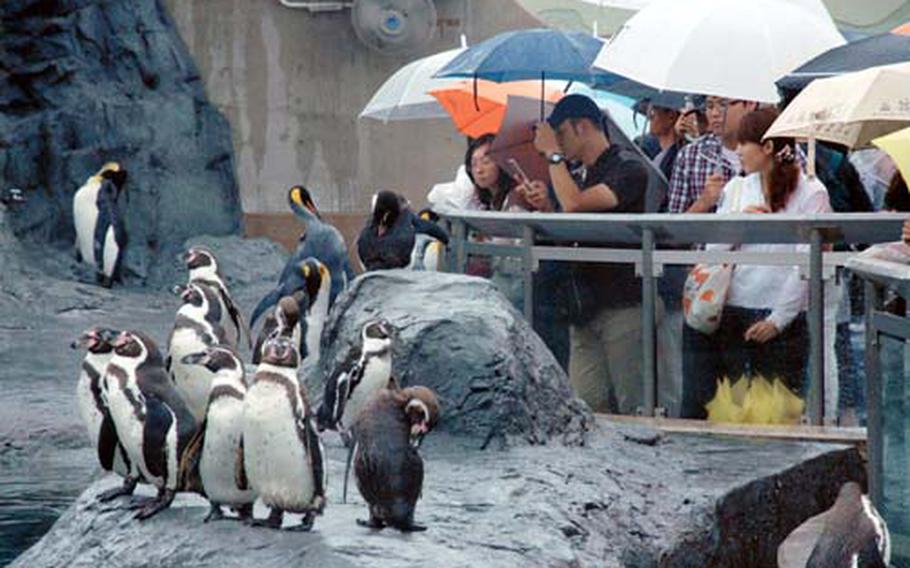 Buy Photo
Visitors can get up close to the penguins at the Ashaiyama zoo on the northern Japanese island of Hokkaido. About 2 million people visit the zoo each year, and lines for the more popular exhibits can be long. (T.D. Flack/Stars and Stripes)

Buy Photo
Visitors can get up close to the penguins at the Ashaiyama zoo on the northern Japanese island of Hokkaido. About 2 million people visit the zoo each year, and lines for the more popular exhibits can be long. (T.D. Flack/Stars and Stripes) 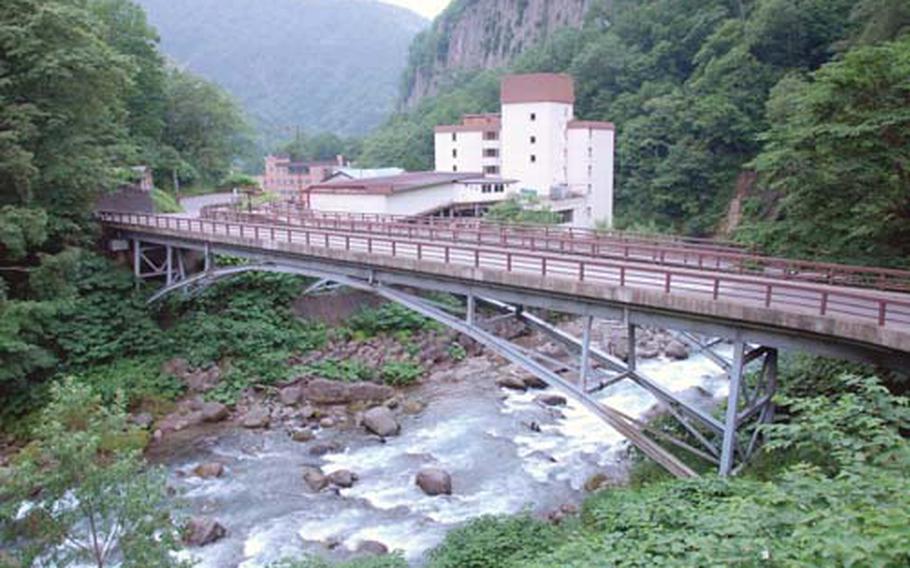 Buy Photo
We skipped the hike up this river to a local waterfall because of the signs warning of bears. While the hotel staff assured us they were “pretty sure,” the bears wouldn’t bother us, we weren’t taking any chances. (T.D. Flack/Stars and Stripes) 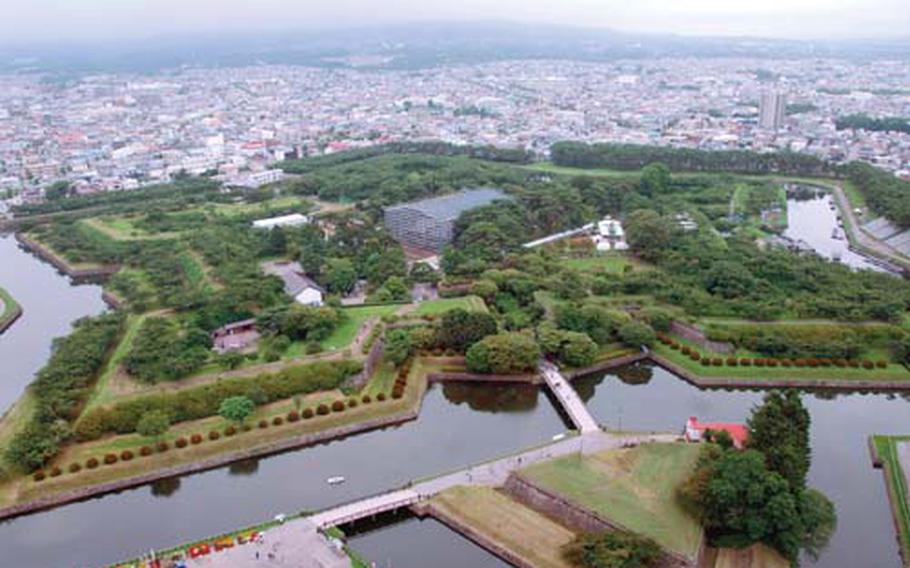 Buy Photo
Goryokaku – the star-shaped fort that was constructed in the port city of Hakodate in the mid-1800s – eventually housed Japanese traditionalists who opposed the Meiji Restoration. The forces were crushed in 1869, ending the Hakodate War. (T.D. Flack/Stars and Stripes) 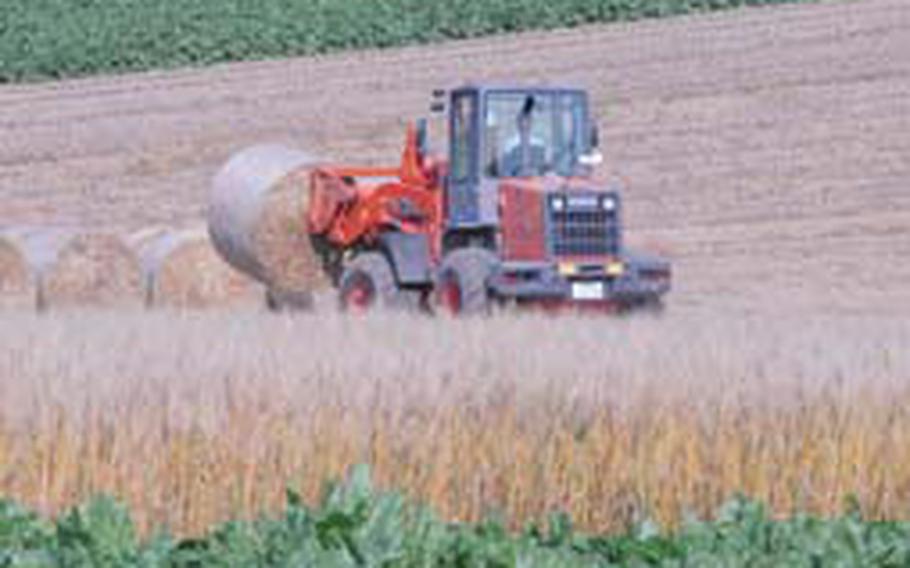 Buy Photo
Local farms have turned into tourist destinations on the island of Hokkaido. Dozens of tourists milled about a small bluff overlooking this farm. (T.D. Flack/Stars and Stripes) 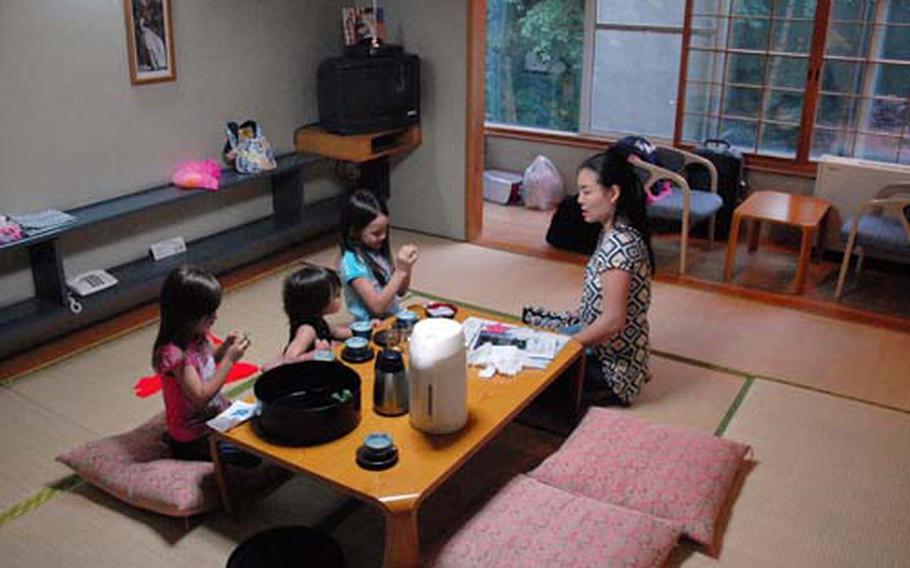 Buy Photo
If you’ve never stayed in a Japanese hot spring hotel, this is what you can expect. No beds – everyone sleeps on futons on the floor; complimentary tea and, more often than not, a beautiful view. (T.D. Flack/Stars and Stripes)

Tucked on a mountain ridge, with heavy fog clinging to the tree tops and a river roaring about 50 feet below, the old Japanese resort we were staying in on the northern Japanese island of Hokkaido offered an interesting option: a 10-minute hike to a waterfall.

My wife asked the question I was thinking &mdash; &ldquo;What about the bears?&rdquo; We had seen plenty of warning signs driving through the adjoining national park on the way to the resort.

The man behind the counter answered in his most polite Japanese, saying he was pretty sure they wouldn&rsquo;t bother us.

Yeah, right. I told my wife I was pretty sure that we would be skipping the hike and heading straight to the natural hot spring baths in the safety of the hotel.

While Hokkaido is famed for its winter snow festival &mdash; with U.S. military bases running chartered tours to join the 2 million-plus visitors who pack the streets of Sapporo each February &mdash; we decided to make the island our summer vacation.

We were stunned by the beauty of the coastline, the lush forests, rolling farmland and jagged peaks. Large herds of cattle grazed in pastures and, although we didn&rsquo;t see any bears, we actually spotted two wild foxes.

There are plenty of options for traveling to Hokkaido, including air and the Japanese bullet train. Looking for an adventure for our kids, we decided to see as much of the land as possible. We drove from Misawa to the Oma Cape on the Shimokita Prefecture, and took a nearly two-hour car ferry across to Hakodate.

We packed about 10 days of vacation into four, visiting several locations that could have easily been a sole destination. Here&rsquo;s a quick look at some of the things we saw.

Hokkaido&rsquo;s southern port city of Hakodate was where our ferry landed, and I was excited about visiting the city after reading so much about it in Asian history classes. The city was Japan&rsquo;s first port opened to international trade, and the waterfront is packed with Western-style buildings from the mid-1850s that have been converted into everything from restaurants and fish markets to high-end shopping malls and a beer hall.

It&rsquo;s also home to Goryokaku &mdash; the star-shaped fort that was constructed beginning in 1857. During the Meiji Restoration, forces loyal to the old shogunate regime fled to the fort in 1868, launching the Hakodate War. They were crushed in early 1869 and the fort was returned to the Meiji government. The 350-foot tower at the base of the fort allows for a great view and understanding of how the star shape &mdash; based on European-style forts of the era &mdash; reduces blind spots in the fort&rsquo;s defense.

Hokkaido&rsquo;s capital city, Sapporo, is home to an annual snow festival. But what we found was a hot summer day.

The first thing I noticed driving through the city was how easy it was to navigate. It made sense later, when I discovered in my research that the city was designed using a Western style of rectangular city blocks and streets, drastically different from the maze-like way most Japanese cities seem to have sprung up.

With temperatures in the 80s during our visit, throngs of visitors and city residents packed Odori Park, in the heart of the city, just under a huge television tower.

We didn&rsquo;t leave ourselves much time to explore, and it makes me want to head back for another try. We did manage to squeeze in the Nijo seafood market, where we got a lesson on how to buy the best crab meat. We decided to skip eating in the market and instead found our own little slice of seafood heaven at a local restaurant.

The highlight of the trip, for our kids, was the Asahiyama Zoo &mdash; which has more than 2 million visitors annually. The zoo&rsquo;s main selling point is its unique approach to allowing visitors to interactively view the animals.

Guests crowd around an underwater window at the polar bear exhibit, waiting for it to leap into the water and crash against the window, sending excited screams through the crowd. A large glass tube runs from ceiling to floor for seals to swim through at another exhibit, making it feel like you can reach out and touch them. And glass bubbles allow visitors to poke their heads up from underground into the wolf exhibit.

If you go, go early and hit those interactive exhibits before the lines get too long. It&rsquo;s easy to find them; just follow the crowd of people running for each spot as the gates open.

The highlight of the trip, for me, was staying in the Japanese hotels featuring the onsen, or hot baths. They&rsquo;re not cheap, and you shouldn&rsquo;t expect Western-style amenities. But make the most of it. Don the summer-style kimono, called a yukata, for dinner. Relax in the natural hot baths. Enjoy a nice cold mug of Sapporo&rsquo;s famous beer.

Generally, the hotel will offer the room, dinner and break-fast. The places we stayed offered all-you-can-eat meals, and really helped keep the cost of the trip down.

Instead of eating out in the local communities, we could simply pull on the yukata and hit the hotel restaurant. They even offered kids&rsquo; meals.

If you are going to visit the island, start at your base Information, Tours and Travel office for assistance with reservations and directions.