Frankfurt’s Palmengarten: Basking in the tropics — in Germany 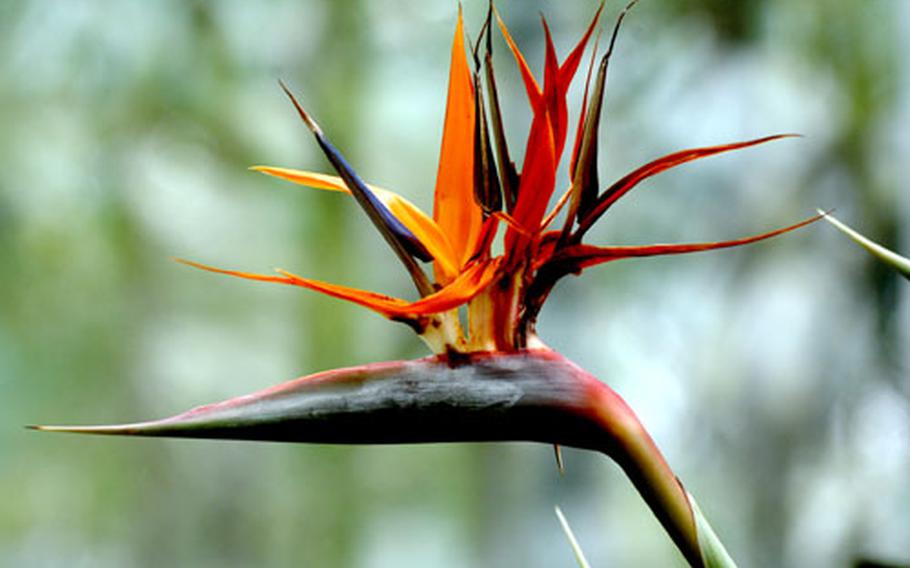 You can see why the Strelitzia reginae is called Bird of Paradise. This plant from South Africa has bananalike leaves and its bright orange and blue flowers look like the head of a bird. (Michael Abrams / S&S)

You can see why the Strelitzia reginae is called Bird of Paradise. This plant from South Africa has bananalike leaves and its bright orange and blue flowers look like the head of a bird. (Michael Abrams / S&S) 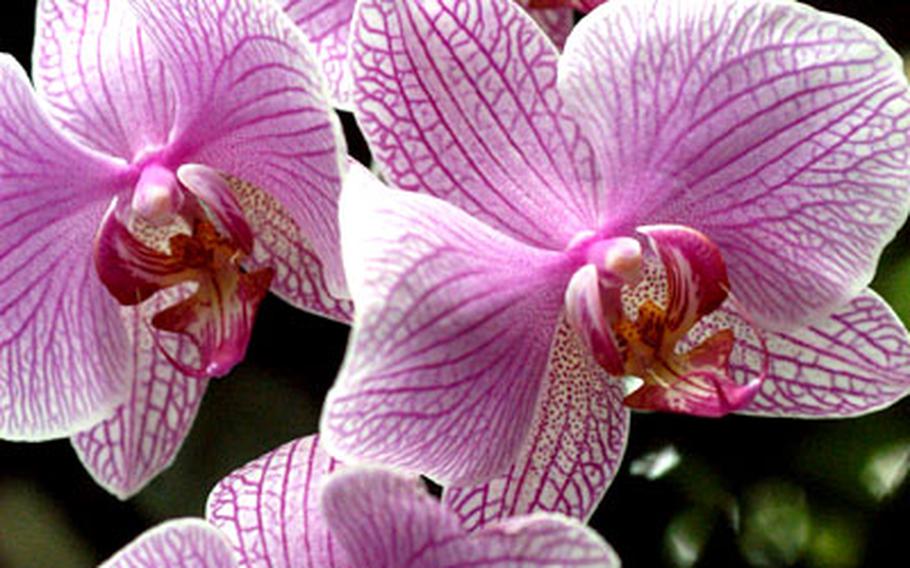 This orchid in the Tropicarium is a welcome burst of color to eyes that have grown weary from winter’s gray gloom. (Michael Abrams / S&S) 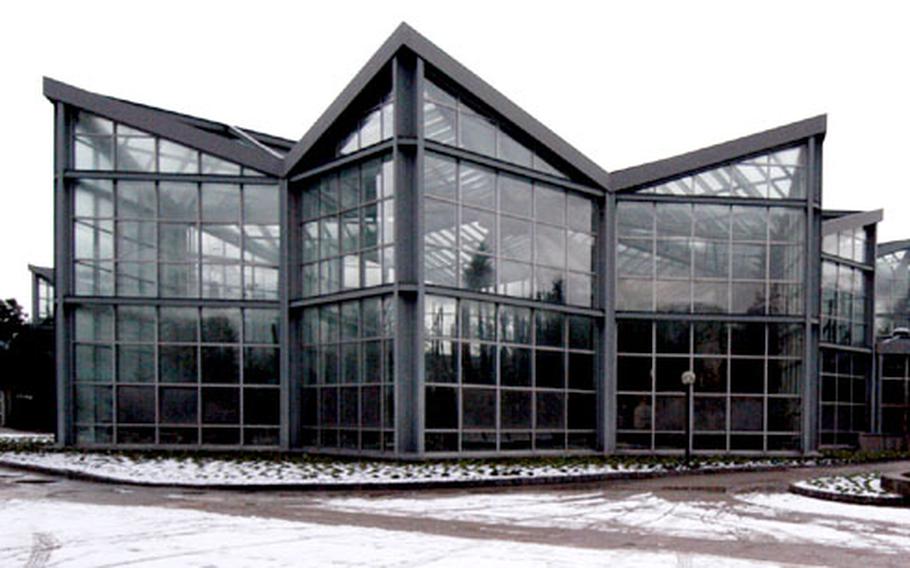 The Palmengarten’s Tropicarium is a 16,000-square-foot maze of greenhouses featuring natural habitats for the plants inside. (Michael Abrams / S&S) 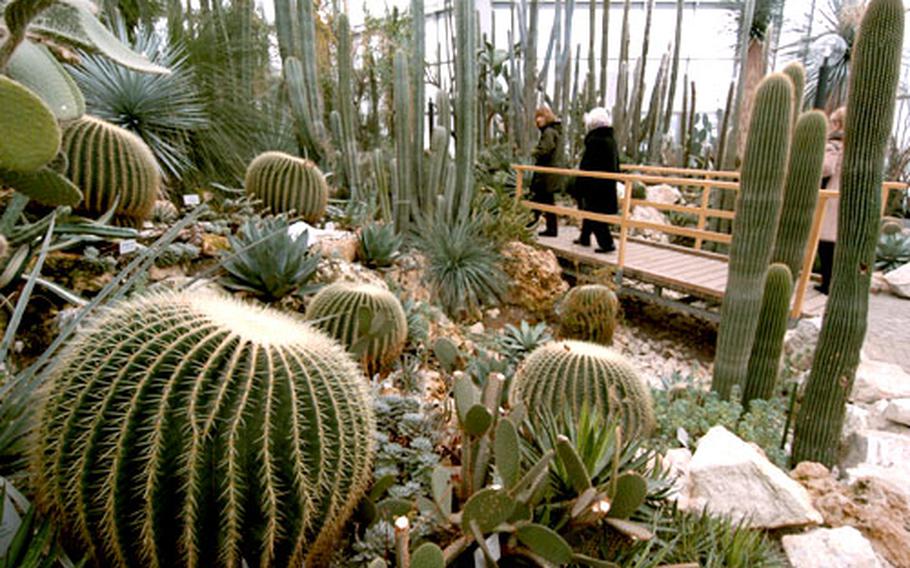 Walking through one of the greenhouses that make up the Palmengarten&#39;s Tropicarium is like walking through a cactus jungle. The round, thorny Golden Barrel Cactus in the foreground has a humorous nickname in German — “mother-in-law seat.” (Michael Abrams / S&S) 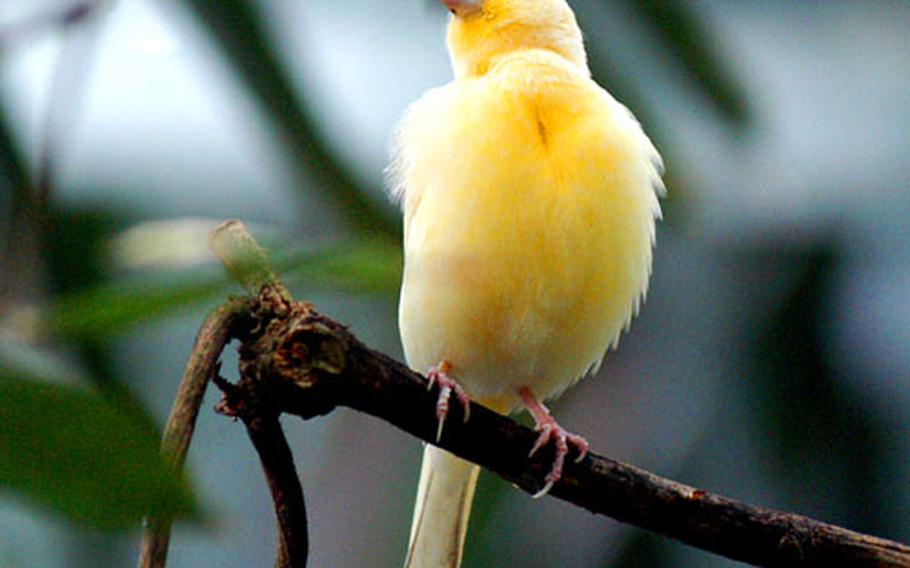 Not only are there exotic plants at the Palmengarten, but in some of the greenhouses of the Tropicarium there are even exotic birds tweeting. (Michael Abrams / S&S)

When the temperature is hovering around freezing, and the ground is covered with snow, going to a place with the word &ldquo;garden&rdquo; in its name might not sound sane.

However, if the place is Frankfurt&rsquo;s Palmengarten, it can be an escape from the cold. The other word in the name is, after all, &ldquo;palms,&rdquo; and that brings the hot jungle or a tropical beach to mind.

The Palmengarten opened in 1868. Its main attraction, the Palmenhaus, opened a year later. There, in a huge steel-and-glass greenhouse, cold-weather Europeans could experience green palms and other exotic plants without traveling to the tropics.

Today the Palmhaus is still full of palms and other sub-tropical plants and has a cascade falling from an artificial hill, a pond full of koi and aquariums full of tropical fish in a grotto under the hill. Its two newer wings house a gallery for flower exhibits and a cafe.

The real heat today is in the Palmengarten&rsquo;s Tropicarium, a 16,000-square-foot maze of greenhouses. There, you can walk through the earth&rsquo;s tropical zones, from a cactus-covered semi-desert to a highland jungle atmosphere like in the movie &ldquo;Gorillas in the Mist.&rdquo; Palms, ferns, succulents, cacti and other plants that love the warmth grow here.

The Tropicarium is made up of various biotopes, divided into two parts, connected by a bridge: dry tropics and wet tropics.

The dry tropics are the fog desert, semi-desert and savannah, while low-land rain forest, mountain rain forest, monsoon forest and a mangrove habitat make up the wet tropics.

The savanna looks like a miniature version of the real African thing, minus the animals. The forest of cactuses in the semi-desert biotope would make anyone from the American Southwest feel at home.

Inside the mountain rain forest, it is noticeably cooler, but in the warmer lowland rain forest, delicate orchids bloom and bananas grow. Squawking tropical birds fly through the air here and in the monsoon biotope.

It is hotter still in the swamps of the mangrove biotope and the humidity here is close to oppressive.

The snow outside looks refreshing.

When spring and summer come around, make an encore visit to the Palmengarten. Flowers bloom, everything is green and fountains bubble. There are concerts and flower shows. But for now, the Palmhaus and the Tropicarium are the places to go to come in from the cold.

Where: The Palmengarten is at Siesmayerstrasse 63, on Frankfurt&rsquo;s west side, next to the U.S. consulate.

By car, take Autobahn 66, off Autobahn 5, toward Frankfurt. Exit on B8 and head toward &ldquo;Messe&rdquo; and &ldquo;Universit&auml;t.&rdquo; At the first big intersection, Bockenheimer Landstrasse, turn left. Follow Bockenheimer four blocks, turn left on Freiherr-vom-Stein- Strasse and follow it until it meets Gr&uuml;neburgweg. Take a left and it will take you to the Palmengarten.

Information: There is a nice caf&eacute; in the Palmenhaus and you can buy snacks, drinks and souvenirs at the entrance on Siesmayerstrasse. Check out the Web site at www.palmengarten-frankfurt.de.