Visitors to MMK 2 walk through the exhibit of fashion designer Kostas Murkudis. "At Close Range Kostas Murkudis and the MMK Collection" runs through Feb. 14, 2016. (Michael Abrams/Stars and Stripes)

Visitors to MMK 2 walk through the exhibit of fashion designer Kostas Murkudis. "At Close Range Kostas Murkudis and the MMK Collection" runs through Feb. 14, 2016. (Michael Abrams/Stars and Stripes) 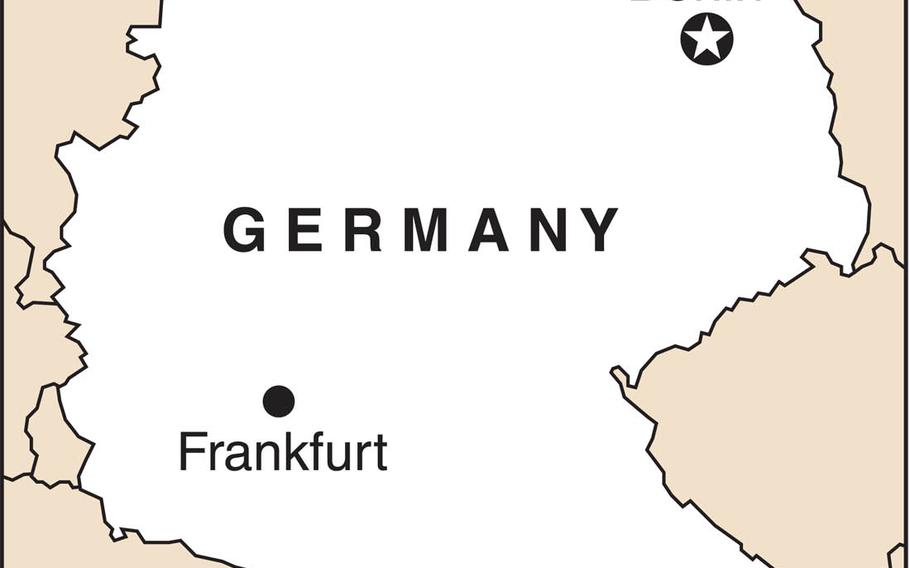 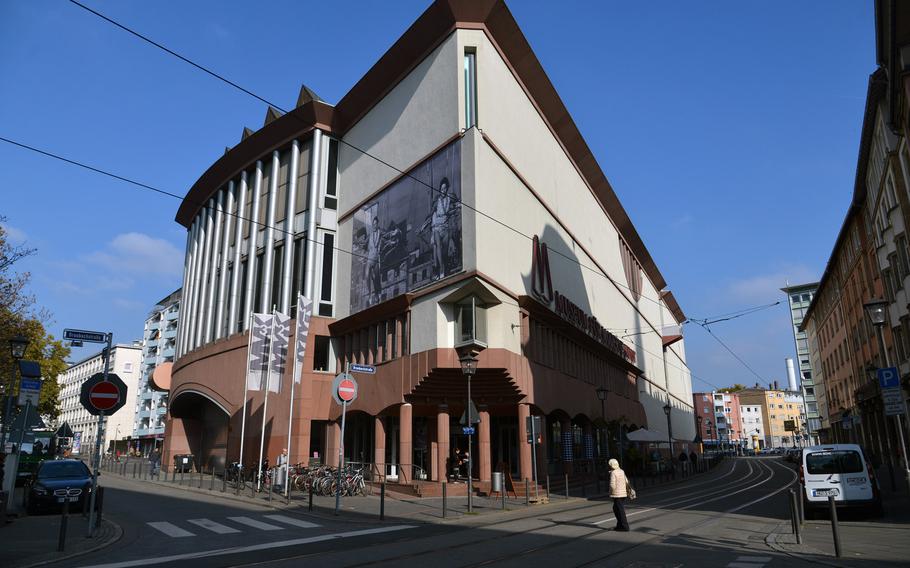 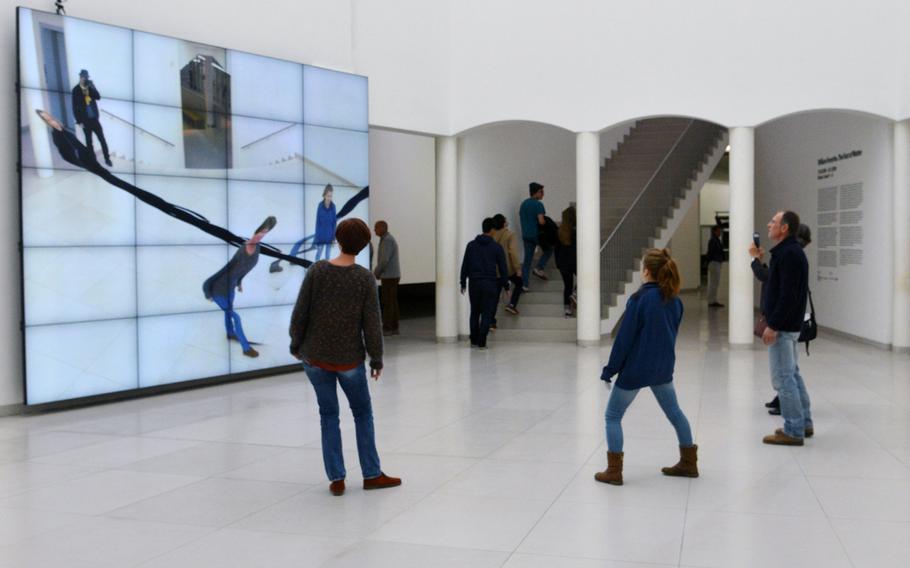 William Forsythe's "City of Abstracts" is in the first display room of the Museum fuel Moderne Kunst in Frankfurt, Germany. It is part of a Forsythe exhibit called "The Fact of the Matter," on display until Jan. 31, 2016. (Michael Abrams/Stars and Stripes) 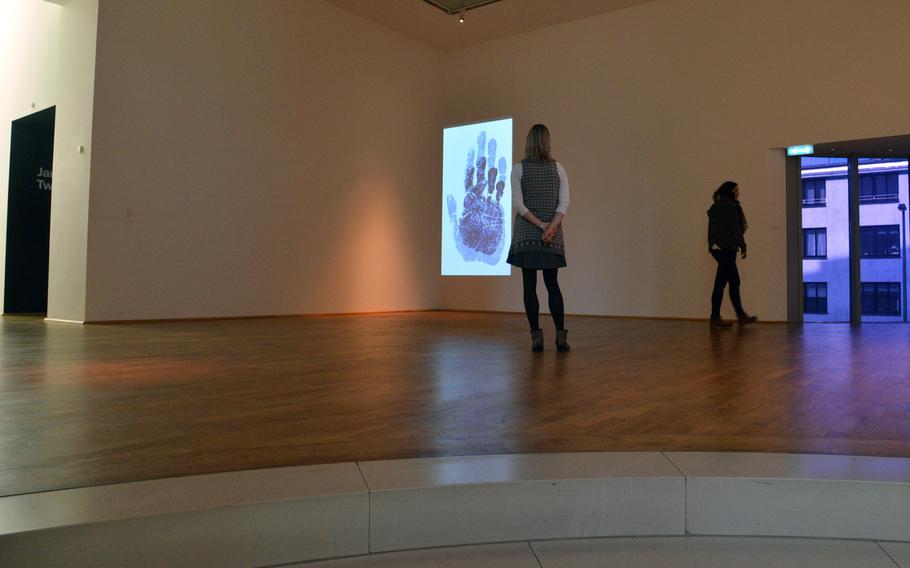 A visitor to MMK 1 looks at Raqs Media Collective's "Untold Intimacy of Digits," a video projection on display at the Frankfurt, Germany, museum. (Michael Abrams/Stars and Stripes) 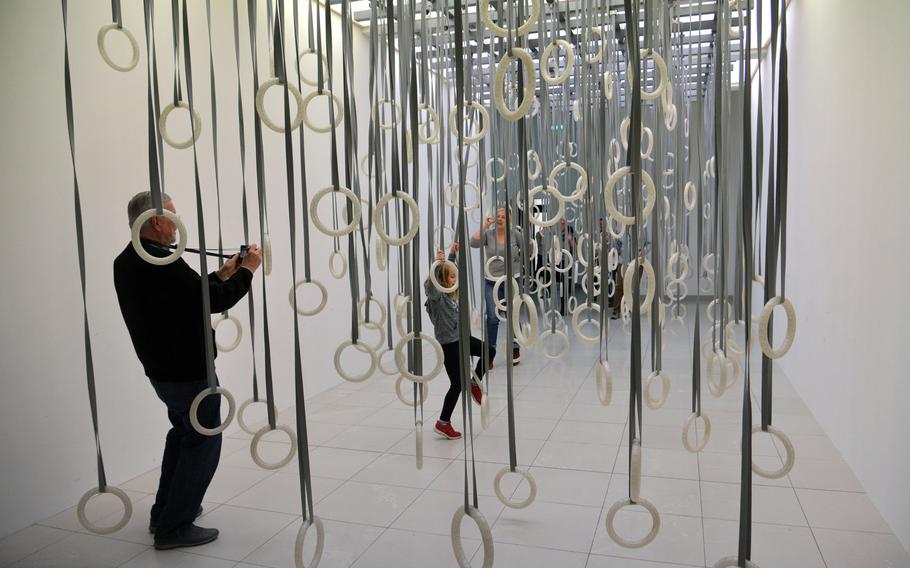 Visitors climb through William Forsythe's "The Fact of the Matter," from an exhibit of the same name at the Museum fuer Modern Kunst in Frankfurt, Germany. The exhibit at the city's modern art museum runs until Jan. 31, 2016. (Michael Abrams/Stars and Stripes) 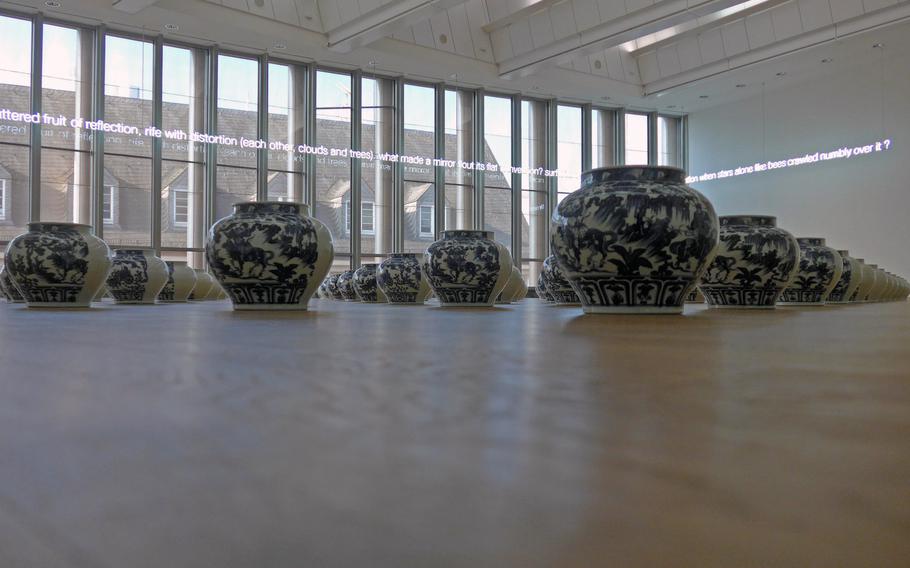 A work by Serge Spitzer and Ai Weiwei, titled "Ghost Gu Coming Down The Mountain," is on display at the Museum fuer Moderne Kunst in Frankfurt, Germany. (Michael Abrams/Stars and Stripes) 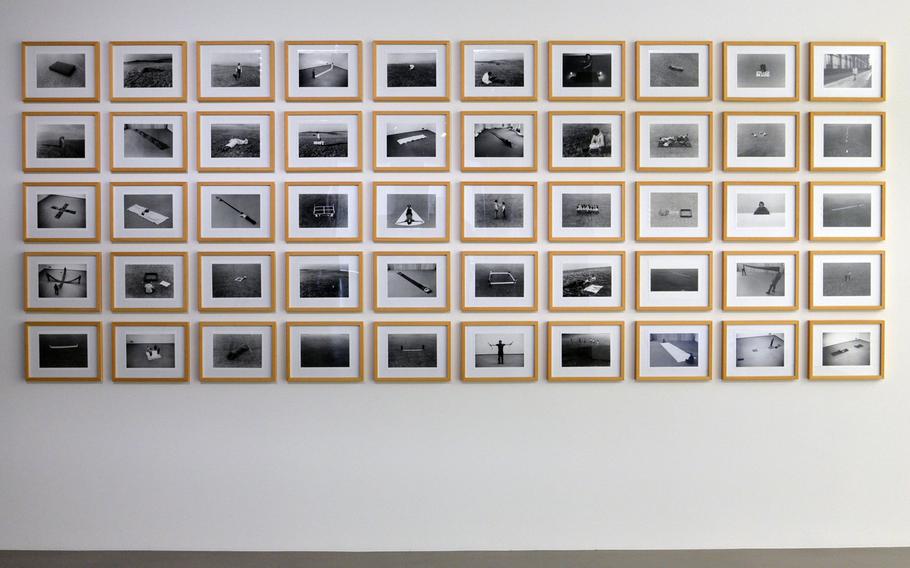 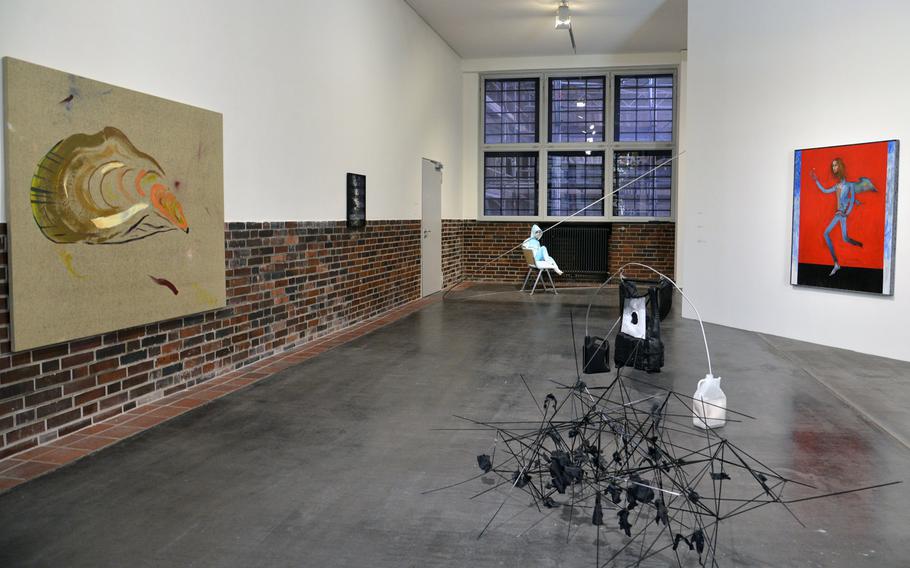 "Parked Like Serious Oysters," works by graduates of the Staedelschule 2015, are on display at MMK 3, across the street from the main building of the Museum fuer Moderne Kunst in Frankfurt, Germany. (Michael Abrams/Stars and Stripes)

Although not even 25 years old, the Museum fuer Moderne Kunst, Frankfurt, Germany’s modern art museum, is an influential institution that is respected worldwide.

This is partly because of its permanent collection of works by such artists as Andy Warhol, Roy Lichtenstein, Robert Rauschenberg, On Kawara and Joseph Beuys, to name just a few.

But it is also because of the innovative temporary exhibits it hosts within its walls.

From the outside, it’s the museum’s architecture that attracts attention. The building, designed by Austrian architect Hans Hollein and opened in 1991, brings to mind a slice of cake. With its prominent pointy corners, it also makes for interesting display space inside.

Filling much of the museum at the moment is one of its innovative exhibits, “The Fact of the Matter,” by William Forsythe.

Forsythe, a much-respected choreographer and dancer, is well-known in Frankfurt. He is founder of the Frankfurt Ballet and the Forsythe Company in the city.

The exhibit, which is spread throughout the museum’s three floors, features pieces from the museum’s collection and other works that were gathered or made especially for it.

Although Forsythe is known for his dance, almost none of the exhibit is dedicated to it. But much of it has something to do with movement.

The first thing you see when you enter the exhibition space is Forsythe’s “City of Abstracts,” a work that features a video wall with a camera attached to it. What the camera sees is then fed though software and projected onto the wall, much to the enjoyment and fascination of the museum’s visitors.

Two other installations by Forsythe work with visitor participation. In “Nowhere and Everywhere at the Same Time, No. 3,” scores of cone-shaped pendulums hang from the ceiling, and visitors try to move through them without touching them. The work that gives the exhibit its name is made up of plastic rings suspended from the ceiling by textile webbing. Here, visitors try to climb through the installation using the rings.

The Forsythe exhibit runs until Jan 31.

The museum, better known by its initials MMK, has grown in recent years with the addition of two annexes.

Just across the street from the main museum, MMK 1, is MMK 3, a hall with temporary exhibits. Works by 2015 graduates of the Staedelschule art institute are on display there until Nov. 15.

MMK 2 is housed on a floor in the Taunus Turm, one of Frakfurt’s high-rise office buildings. On display now are clothes by renowned fashion designer Kostas Murkudis. The pieces are ingeniously hung and lit in a design by artist Carsten Nicolai. The exhibit, “At Close Range Kostas Murkudis and the MMK Collection,” runs through Feb. 14.

Directions The MMK 1 is in downtown Frankfurt at 60311 Frankfurt am Main, not far from the cathedral at Domstrasse 10. MMK 2 is across the street at Domstrasse 3 and MMK 3 is at Taunustor 1.

Costs An admission ticket for all three museums costs 16 euros (about $17.50). The ticket to MMK 1, which includes admission to MMK 3, is 12 euros. MMK 2 costs 8 euros. Admission to MMK 3 alone is 6 euros. A two-day family ticket good for all museums in Frankfurt costs 18 euros.

Food The museum restaurant is open for lunch from noon to 3 p.m. and for dinner from 6 p.m. to 11 p.m. Tuesdays to Saturdays. On Saturdays, Sundays and German holidays, breakfast/brunch is served from 10 a.m. to 4 p.m. Closed Mondays. There are plenty of places to eat in the surrounding area. The ground floor of MMK 2 has a cafe.