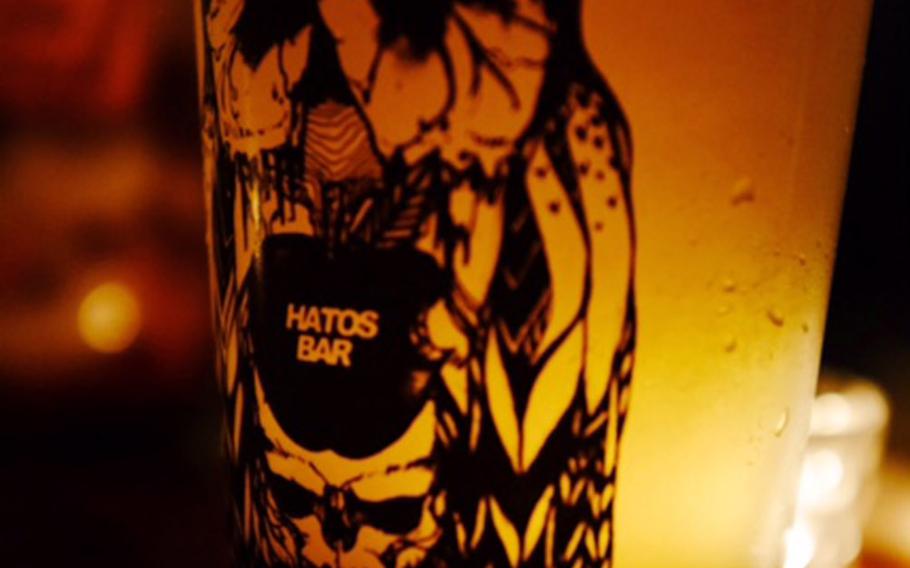 Hato's Bar has a great selection of craft beers, including Japan's much loved Shiga Kogen brew. (Eric Guzman/Stars and Stripes)

Hato's Bar has a great selection of craft beers, including Japan's much loved Shiga Kogen brew. (Eric Guzman/Stars and Stripes) 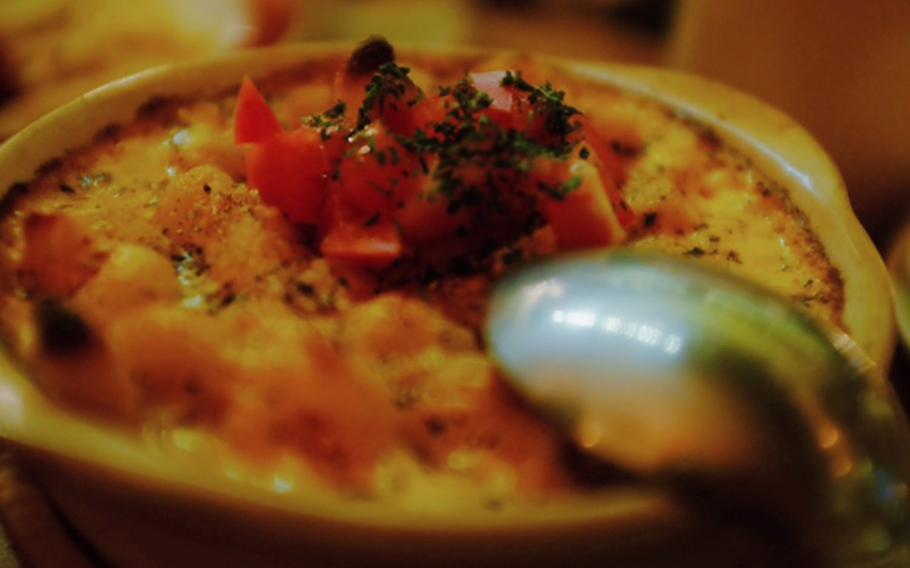 The macaroni and cheese at Hato's Bar in Tokyo is served fresh out of the oven bubbling hot and tastes every bit as good as it looks. (Eric Guzman/Stars and Stripes ) 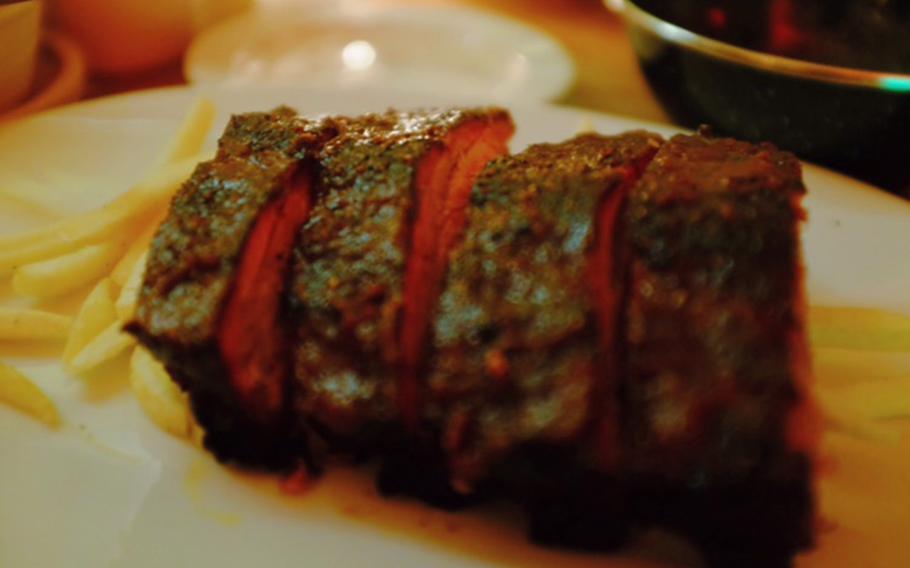 The ribs at Hato's are the star of the menu. They are covered by a delicious rub and slow cooked to perfection. (Eric Guzman/Stars and Stripes ) 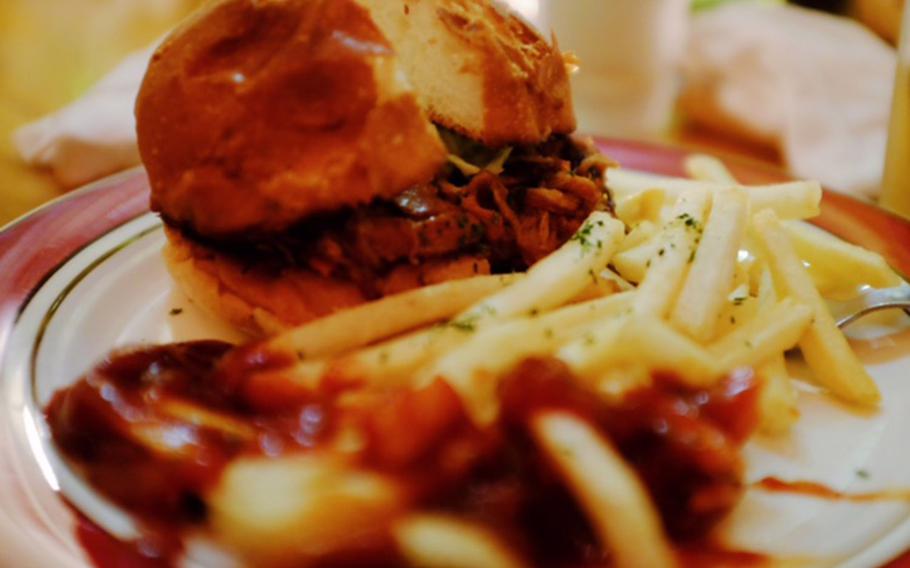 The pulled pork sandwich and fries at Hato's Bar are enough to satisfy even the hungriest diner. (Eric Guzman/Stars and Stripes)

Nestled into a smaller building on an inconspicuous back street near Tokyo’s Nakameguro Station, Hato’s Bar may be unassuming, but it’s the place to go if you’re a fan of slow-cooked barbecue or craft beers.

The interior, crowded by second-hand furniture and artwork from local creatives, is very welcoming, though there isn’t a lot of space for larger parties.

Since Hato’s is stocked with an assortment of draft beers from local microbreweries and a great selection of bottled craft beers, beer enthusiasts would be wise to make the journey. The menu also includes cocktails.

The big draw, though, is the barbecue. With everything from pulled pork sliders to short ribs, Hato’s does pit barbecue as good as any American restaurant in the south.

The pulled pork was very moist, and the barbecue sauce was thick and just tangy enough to get your attention while not overpowering the meat. Served with a side of fries, it’s a great meal for anyone not wanting to deal with the mess of ribs.

The ribs at Hato’s, cooked in a custom-built smoker in the front of restaurant, are made with a delicious rub. The meat practically falls off of the bone, and one full rack makes for a great meal for one or a good snack to be shared by two.

The macaroni and cheese at Hato’s Bar is served fresh out of the oven, bubbling hot and tastes every bit as good as it looks. The menu also includes a fried sweet potato and corn bread.