Flowing from glaciers high in the mountains, the Hoh River is just one of the many sights visitors can experience in Olympic National Park. (Bryce S. Dubee / S&S)

Flowing from glaciers high in the mountains, the Hoh River is just one of the many sights visitors can experience in Olympic National Park. (Bryce S. Dubee / S&S) 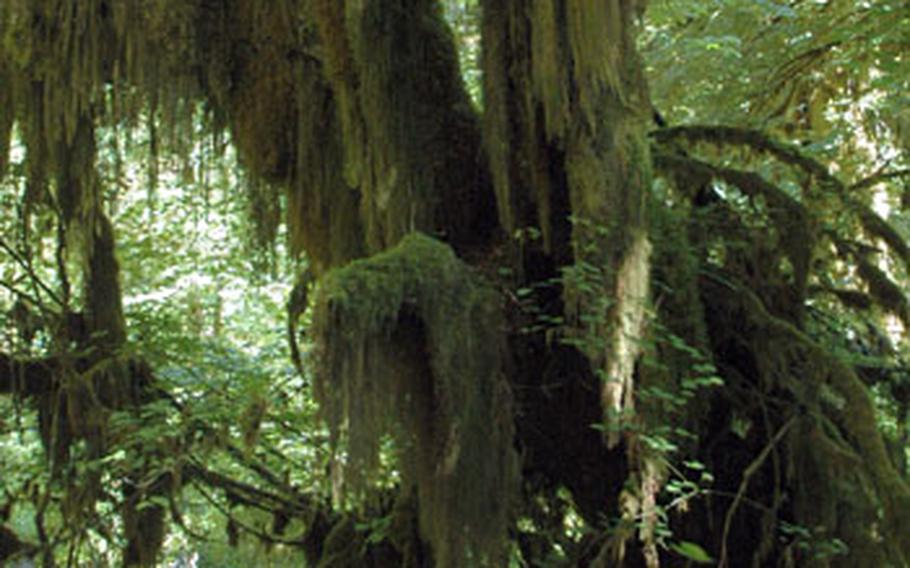 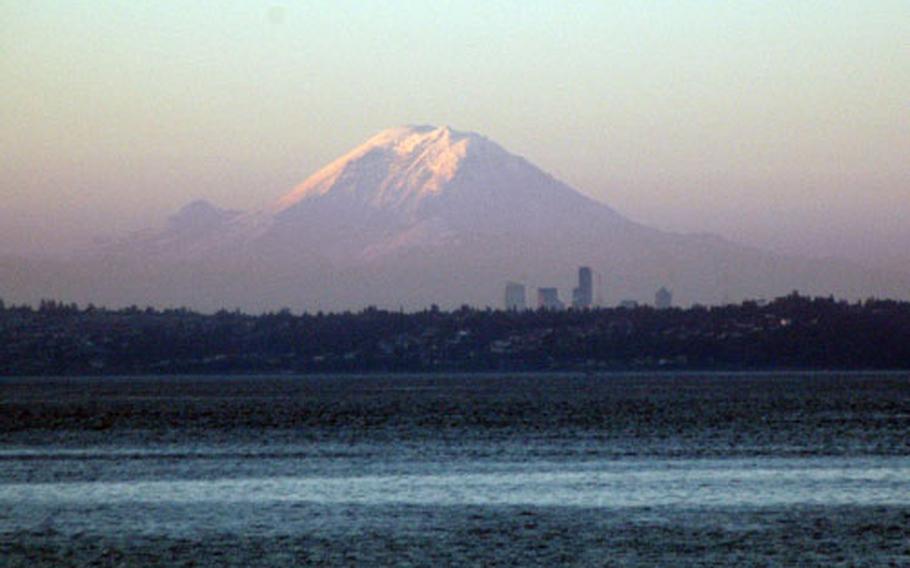 A view of Mount Rainier rising up over Puget Sound at dawn, from the Edmonds-Kingston ferry. (Bryce S. Dubee / S&S) 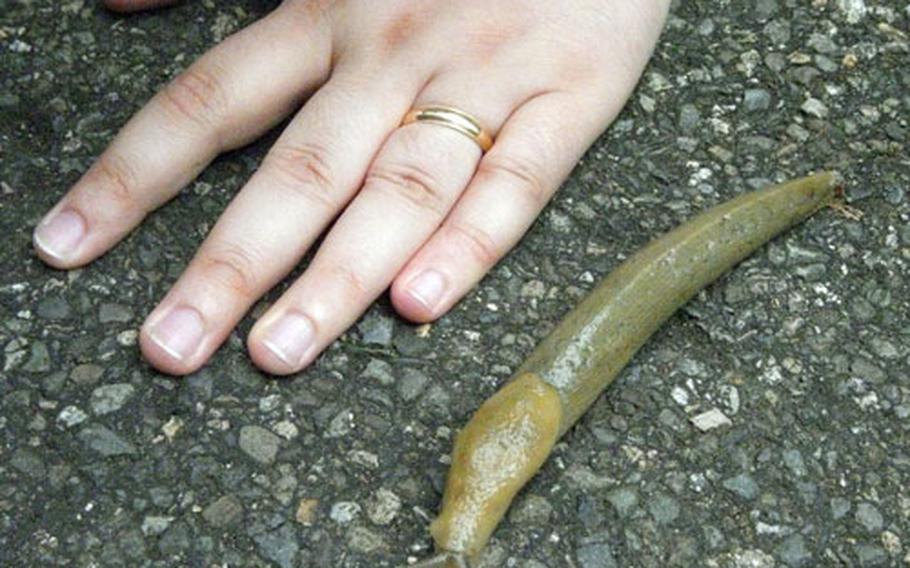 Along with elk, bear and salmon, the banana slug is one of the iconic creatures of the Pacific Northwest. Sharp eyed visitors to Olympic National Park can spot the large slugs crawling slowly throughout the park. (Photo courtesy of Carol Dubee)

To many who ride the Patriot Express from Japan, Seattle is merely the place to catch a commercial flight to their final destination. But for some, especially the truly adventurous nature lovers, it&#8217;s an opportunity to explore the monstrous Olympic National Park.

The park offers nearly a million acres of breathtaking mountains, rugged coastlines and immense old-growth forests. It&#8217;s a great place to hike, camp and fish. If you&#8217;re not interested in backpacking into the wilderness for several days but want to check out the park, rent a car in Seattle and start driving.

This was the route my wife and I took last summer, which took us on a gorgeous drive across the Olympic Peninsula to the Hoh Rain Forest, a stunning, untouched forest with massive trees straight out of "Return of the Jedi."

The easiest way to get to the park is the Edmonds/Kingston car ferry, located in the northern part of the city. I suggest taking the first ferry of the morning, not only because you will have more time to explore during the day, but you will also get the chance to see the sun rise over the city with Mount Rainier in the background.

Leaving the ferry, you&#8217;ll drive to Port Angeles, where the park&#8217;s welcome center is located, along with maps of the area.

Since we knew where we wanted to go, we bypassed the welcome center and drove close to two hours through beautiful wilderness until we reached the small town of Forks, where we grabbed breakfast at a local greasy spoon. With a chill still in the air and full day of hiking and exploring ahead of us, there was nothing like a short stack, bacon and some coffee to get us going.

It&#8217;s worth mentioning that this was the same Forks from the popular "Twilight" book series, something the remote logging town was eager to point out on signs, storefronts and even the back of menus.

Our next stop was the rainforest, where we spent a decent portion of the day hiking. If you&#8217;re one of those people who likes to be prepared, be sure to grab some water or other drinks in Forks, because there are few places to do so after leaving town. You might want to also fill up on gas to avoid having to say any prayers to the fuel gauge gods on the way back, which is what I found myself doing. When we arrived at the rain forest, the day had warmed up nicely so we ditched our coats and hiked until our hearts were content and our feet tired. Along the way we took time to soak our feet in a crisp glacial stream, stare up at the gigantic moss-covered trees and even spot an elk grazing.

On the drive back &#8212; after reaching a gas station &#8212; we stopped at the Sol Duc Hot Springs Resort. For about $20, the two of us were able to soak away muscle fatigue from our hike.

I was raised by parents who always stressed the importance of exploring nature, so I&#8217;ve had the chance to visit a lot of our nation&#8217;s parks. The Olympic National Park easily shoots to the top of that list. Walking along a wooded trail as 200- to 300-year-old trees tower, blocking out the light above you, and the only sound you hear is your own footsteps, is something truly magical, and should not be missed if you are ever in the Pacific Northwest. And if you take the Patriot Express, you have no excuse not to check it out.

For more information about Olympic National Park, go to www.nps.gov/olym/index.htm.