Even in the off-season, Jerez de la Frontera, Spain, has much to admire 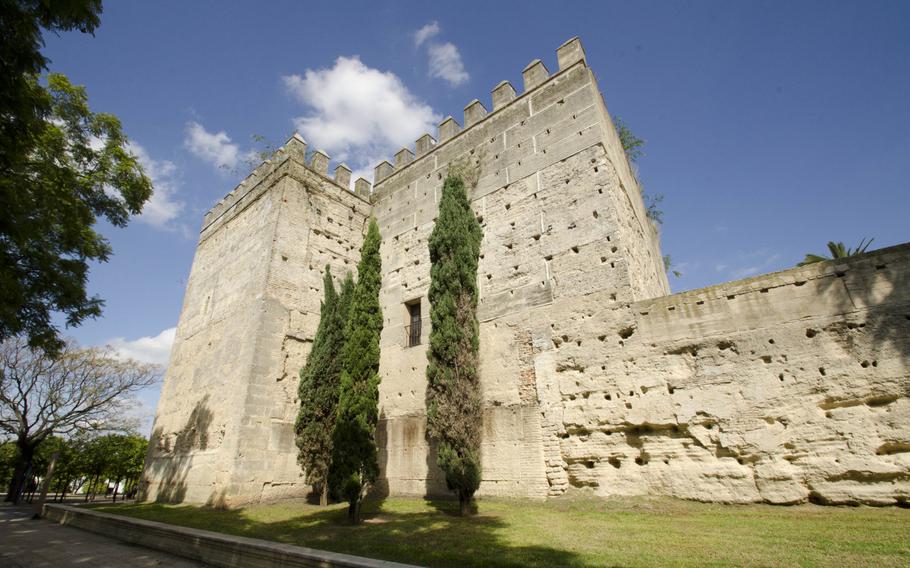 A tower of Jerez, Spain's alcazar in the city center features a medieval mosque and gardens. (Adam L. Mathis/Stars and Stripes)

A tower of Jerez, Spain's alcazar in the city center features a medieval mosque and gardens. (Adam L. Mathis/Stars and Stripes) 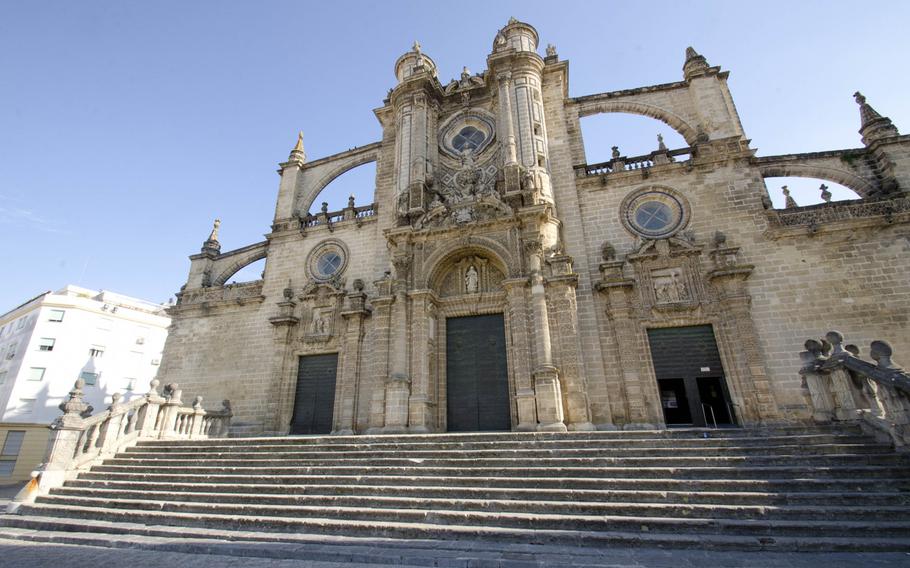 The Cathedral of San Salvador in Jerez, Spain, is located near the city center. A church treasury is open to tourists inside, and the cathedral has numerous, elaborate altars. (Adam L. Mathis/Stars and Stripes) 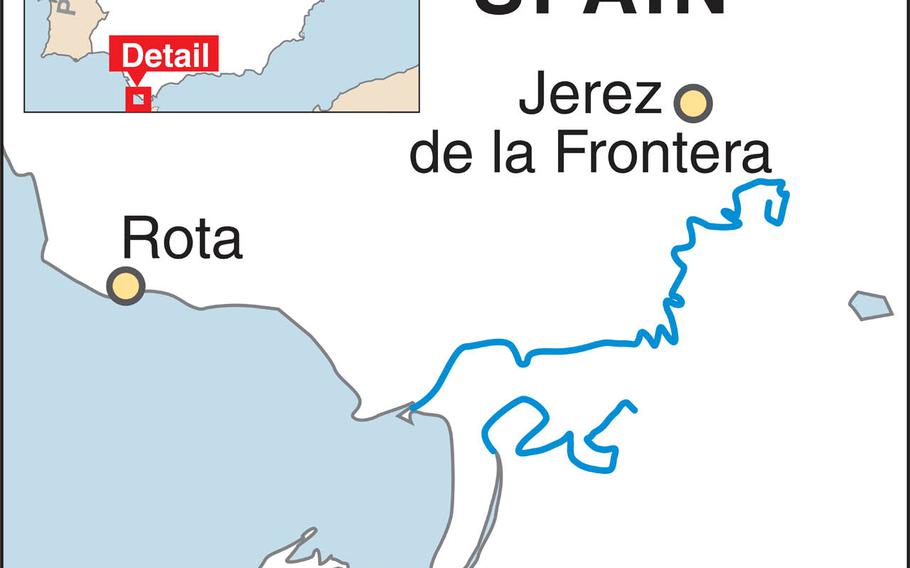 Jerez de la Frontera, Spain, was quiet as we walked away from the Plaza de Arenal. It was siesta time. Many shops lining the street, except those serving food, were closed. Men dressed for work stood outside one restaurant drinking and chatting, enjoying the mild weather in late October.

Jerez is easy to overlook. Situated between Seville to the north and Cadiz to the south, Jerez could be dismissed as a mere transit point. But during the off-season, the calm streets and small number of tourists make it a relaxing getaway.

The southwestern side of the city, where the city’s alcazar looms, is probably the biggest draw. The alcazar is an ancient fortress dating to the reign of the Moors. For 5 euros (about $5.50), visitors can stroll the grounds and immerse themselves in the Spanish architecture and historical re-creations. A mosque, the only one preserved in the city, is at least 900 years old, with chambers of pale brick lit only by the sun from the doorways and open ceiling of a courtyard.

Nearby, you’ll find an olive press with a placard, in English, describing how the olives were crushed on the floor and allowed to drain.

Cross the small garden and climb the walls to get a view of the city. A re-creation of a rosary-water wheel is on display, an ingenious device that enabled people to move a series of pots connected to a rope into a well.

There are a few other sights worth seeing, including the Cathedral of San Salvador, which is adorned with depictions of saints. The central aisle of the church is surrounded by numerous side chapels that are decorated with statues, such as of Mary, and an altar that held a tower of marble pillars flanked by angels.

Behind the high altar is also a treasury displaying some of the church’s vessels, including a collection of metal stands called monstrances, which can be used to display the consecrated bread of the Eucharist.

The Plaza de Arenal is near the cathedral. Here you’ll find the city’s tourist center, which provides maps and information about the city’s archaeological museum, the Palacio del Virrey Laserna. The museum contains artifacts reaching to the Bronze Age; the foundations of the palace date to the time of the Moors.

Don’t leave before trying the sherry. The area around Jerez is the only place in the world where sherry can be made. Brace yourself, however, because if you are used to cream sherry or sherry made extra sweet, the dry sherries that are typically sold here have a bite.

Jerez has an entire festival dedicated to sherry, held annually on the first Saturday of September, along with two other world-famous events, the Jerez International Flamenco Festival, set for Feb. 19 to March 5, and the Feria de Caballo (horse fair), set for May 1 to May 8.

DIRECTIONS There are regular flights to Jerez Airport, which is located to the northeast of the city. The airport has bus and train service to Jerez and other cities.

TIMES The Alcazar of Jerez is open most days at 9:30 a.m.

COSTS Entrance fees for both the alcazar and cathedral are about 5 euros (about $5.50).

FOOD Jerez has numerous restaurants. The Plaza del Arenal the nearby area offers choices ranging from sit-down restaurants to bakeries.