Enoshima: The isle in the bay 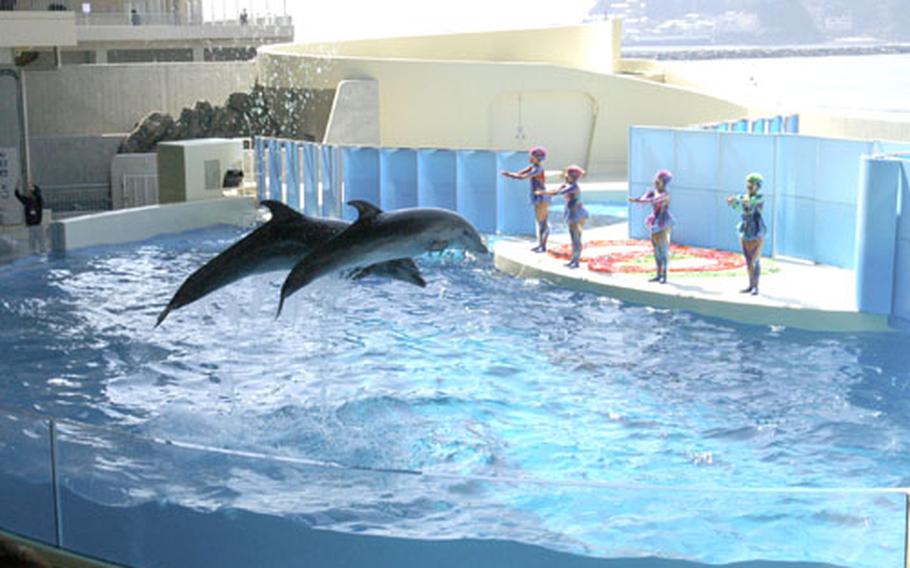 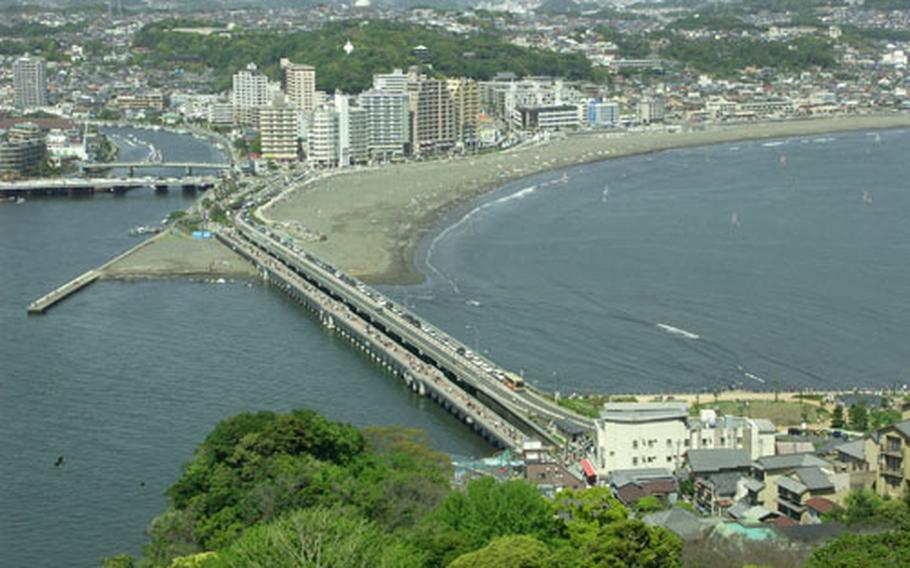 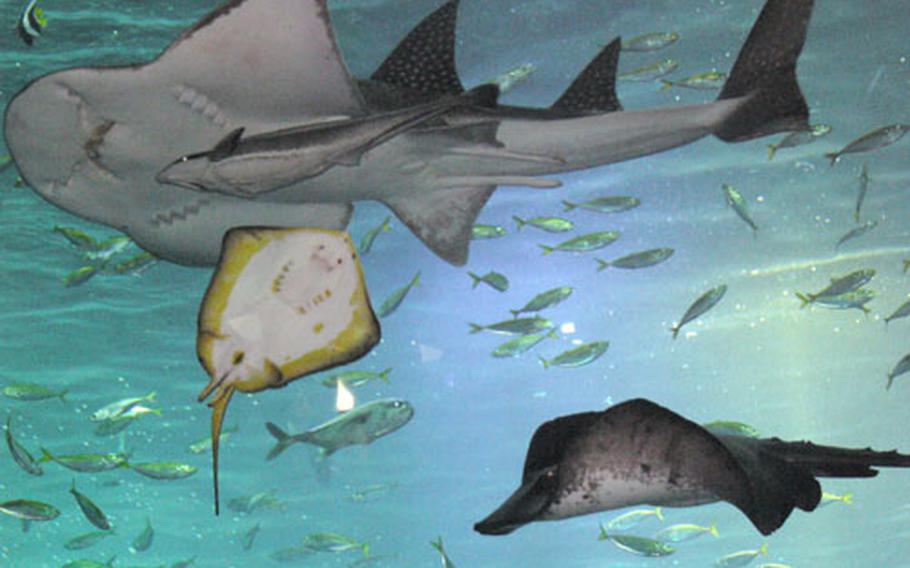 The ray is popular for its size and its monsterish appearance. The new Enoshima Aquarium was opened on April 16 near the old aquarium. (Hiroshi Chida / S&S) 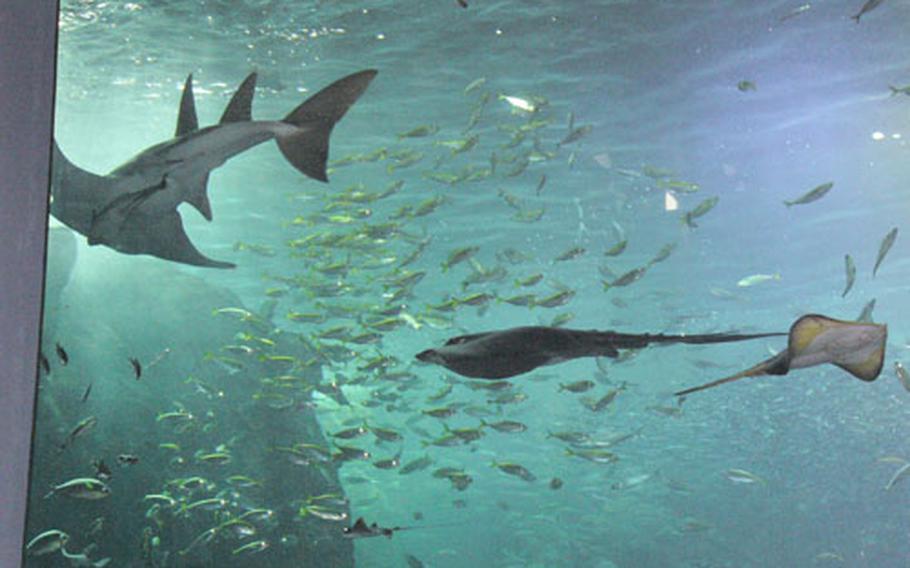 "Sagami Bay Zone" Many tanks in the Sagami Bay Zone of the aquarium tell of the crucial interconnection between humans and sealife. (Hiroshi Chida / S&S) 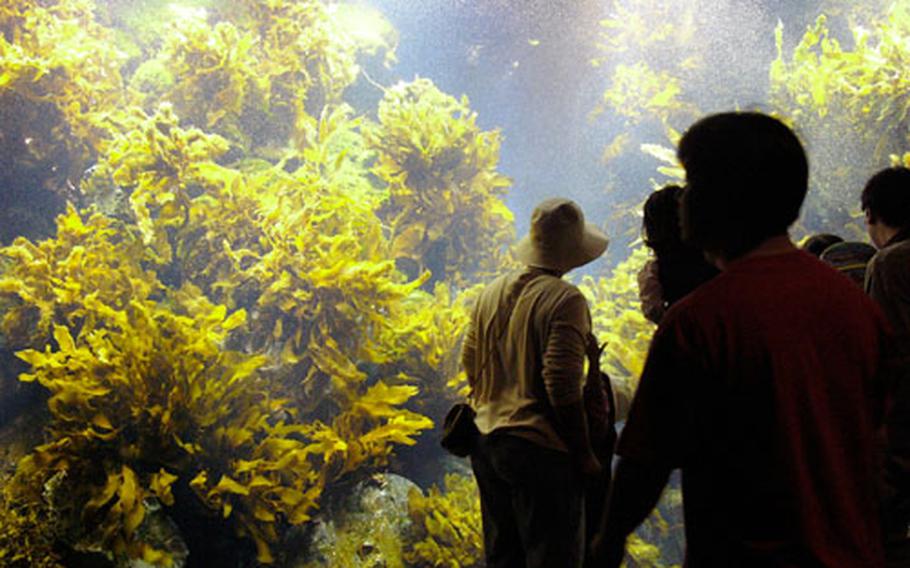 The same type of kelp is found in the sea around Enoshima island. (Hiroshi Chida / S&S)

The Enoshima Line, popularly known as &ldquo;Enoden,&rdquo; was built in 1902 connecting JR Fujisawa station to Enoshima.

The small local railroad runs along the coast of Sagami Bay to the coast just off Enoshima, a small island in the bay.

Until 1891, when the first wooden bridge was built, people visited the island on ferries or walked to the island when the tide ebbed and land emerged.

Only an hour train ride from Tokyo, Enoshima is a popular tourist spot housing Enoshima Panoramic Tower (built last year) and a botanical garden built by Samuel Cocking, a British merchant in 1874.

Enoshima Shrine has been a popular place of worship since the Kamakura period of 1185-1333. Its Benten Shrine is visited by many believers for their belief in its merciful benevolence.

Founder of the Kamakura military rule, Minamoto Yoritomo in 1182 consecrated a statue of Benten, the Goddess of Music, Eloquence, Arts and Fortune, in an island cave to pray for his successful pacification of the northern regions.

Successive Kamakura generals paid homage to Benten. The worship made the public regard the Enoshima Benten as the deity granting them happiness and luck. Thus all through the Tokugawa era, Enoshima was a Mecca for Benten worshippers as well as Buddhist followers.

A new Enoshima Aquarium opened in April at Katase beach near Enoshima replacing the old Enoshima Aquarium. The aquarium is much larger than the old one, and houses a 1,000-ton water tank that has allowed for the inclusion of more fish and sea animals.