Ely: Cathedral a wonder to behold 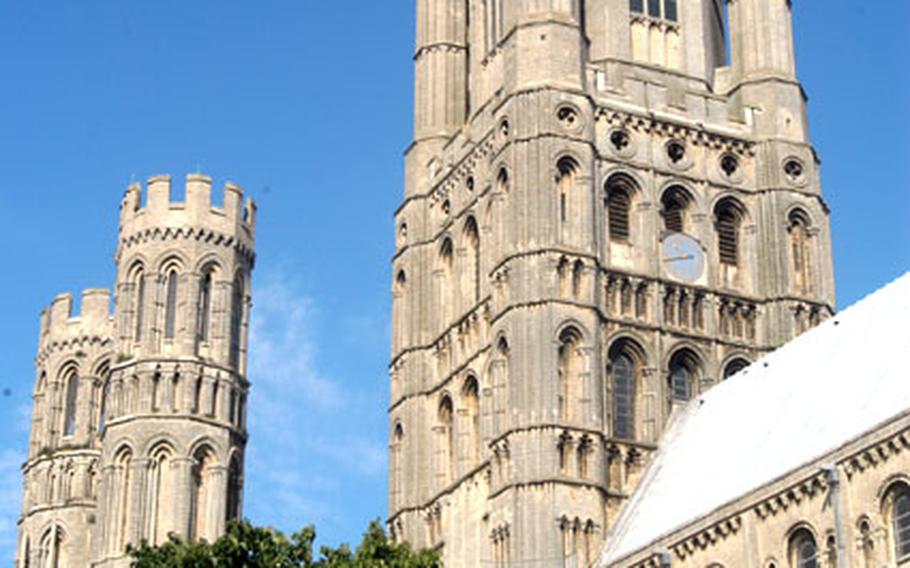 For more than eight centuries, the towering presence of the Ely Cathedral has been a beacon to pilgrims traveling across the flat lowlands of eastern England. The cathedral is one of the most glorious in all of Europe. (Ron Jensen / S&S)

For more than eight centuries, the towering presence of the Ely Cathedral has been a beacon to pilgrims traveling across the flat lowlands of eastern England. The cathedral is one of the most glorious in all of Europe. (Ron Jensen / S&S) 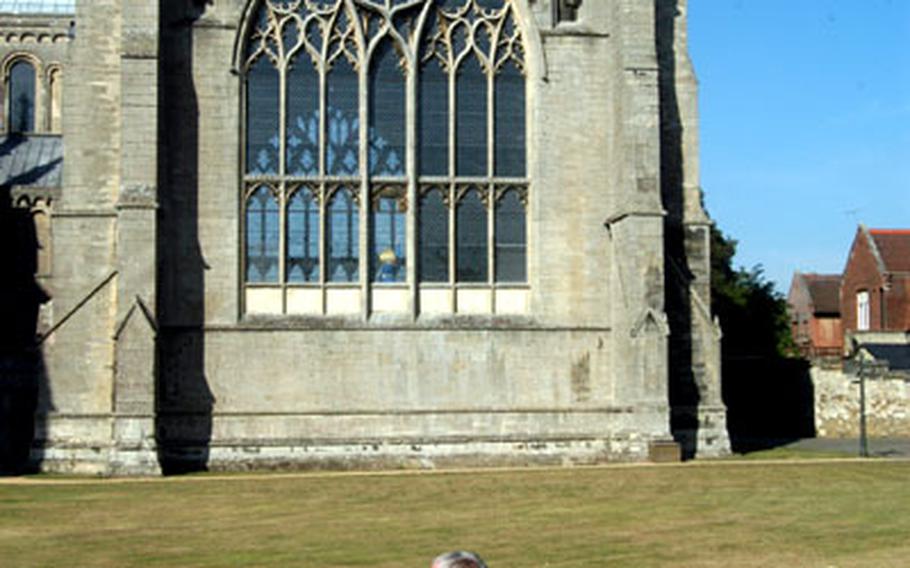 The cathedral grounds in Ely, England, are a great place for people to sit and reflect while gazing at one of the world&#39;s great buildings. (Ron Jensen / S&S)

That is hardly an original observation. For most of eight centuries, the magnificent structure rising from the marshy landscape has been called the Ship of the Fens, a beacon for pilgrims the world over.

It still is. There is no shortage of people willing to shell out nearly 5 British pounds &mdash; more than $8 &mdash; to walk through the building&rsquo;s cavernous coolness.

Cathedrals are wonders, both of art and human endeavor. They are perfectly designed and, despite centuries of renovation work and repair, retain a look and feel that would be familiar to an original builder.

They can create a sense of wonder in visitors who cannot help but ponder how in the world people built such a structure in a time when a pulley was considered high tech.

The Ely Cathedral scores on both counts.

Stand beneath the Octagon, the central tower, and gaze upward. In 1322, the original Norman tower collapsed. What is there is the replacement &mdash; 200 tons of lumber, glass and lead somehow supported above eight giant pillars that resemble California redwoods.

It is stunning in its beauty and awe-inspiring in its mere presence. Just how in the world did they do that?

A more modern part of the cathedral is jaw-dropping as well. Look skyward again to the ceiling of the nave. It was painted only in the mid-19th century, so it is less than 200 years old.

But what a ceiling! After many visits, one&rsquo;s eyes still are riveted upwards. Guides tell how the artists were on their backs on high scaffolding, working in dim light. Their efforts were worthwhile.

There is one chapel that should not be missed. The Lady Chapel, named for the Virgin Mary, was built in the 14th century. Sadly, the statues and the stained glass that must have made the chapel a true wonder are gone, victims mainly of the Reformation, when such adoration was considered unseemly. We are fortunate to have what we have.

The cathedral provides a wonder for everyone who visits, and opens their eyes and minds. Even children can be swept up in the cathedral&rsquo;s magnificence. A children&rsquo;s guide is available at the entry desk and provides young ones with a list of objects to find. Any child finding them all will have a great understanding of the place.

All cathedrals are overwhelming in their size and their intricacy. But Ely&rsquo;s seems to have an additional attraction.

Every day &mdash; rain or shine, warm or cold &mdash; the cathedral grounds are alive with children playing, adults sitting on the low wall along the front and families just passing time.

They have come like pilgrims have for centuries to stand in the shadow of the Ship of the Fens.

On the QT:Where: Ely is about 15 miles from RAF Mildenhall, England. Follow A1101 from the base to B1382. The city has well-marked parking areas.

Cost: Churches are not free to tour in England. The Ely Cathedral charges 4.80 pounds (about $8) for adults and 4.20 pounds for children. However, there is no charge on Sundays.

A well-stocked shop inside the cathedral offers books, music and gifts, many with a religious theme.

Hours: The cathedral is open from 7 a.m. to 7 p.m. during the summer and from 7:30 a.m. to 6 p.m. in the winter. Guided tours are available once inside the cathedral.

Shop: A well-stocked shop inside the cathedral offers books, music and gifts, many with a religious theme.

More info: See the Web site www.cathedral.ely.anglican.org/ for information on the cathedral, tours and special events.