Diekirch: A portal to the Battle of the Bulge 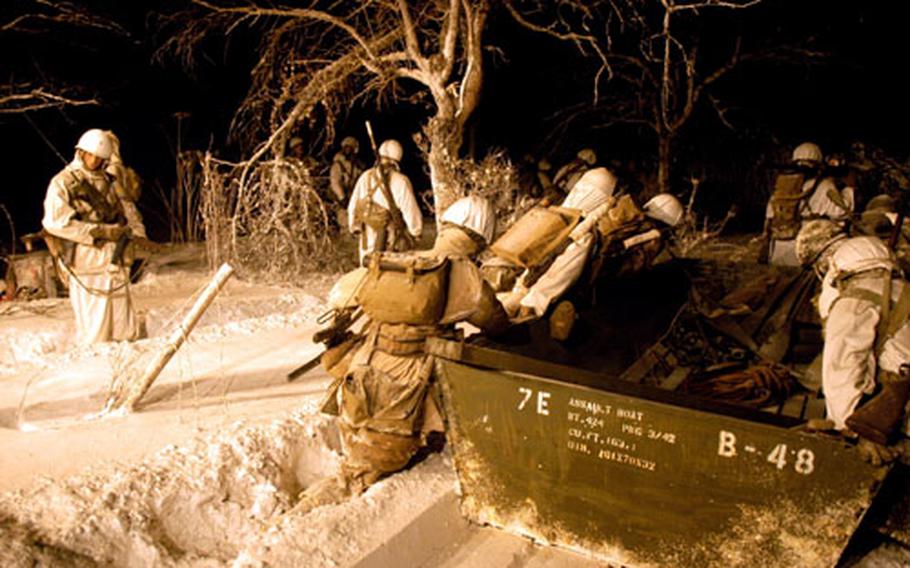 The war museum in Diekirch includes numerous exhibits that re-create scenes from World War II, like this one. The U.S. soldiers from Gen. George S. Patton&#39;s 5th Infantry Division are shown as they attempt to cross the frozen Sauer River. (John Vandiver / S&S)

The war museum in Diekirch includes numerous exhibits that re-create scenes from World War II, like this one. The U.S. soldiers from Gen. George S. Patton&#39;s 5th Infantry Division are shown as they attempt to cross the frozen Sauer River. (John Vandiver / S&S) 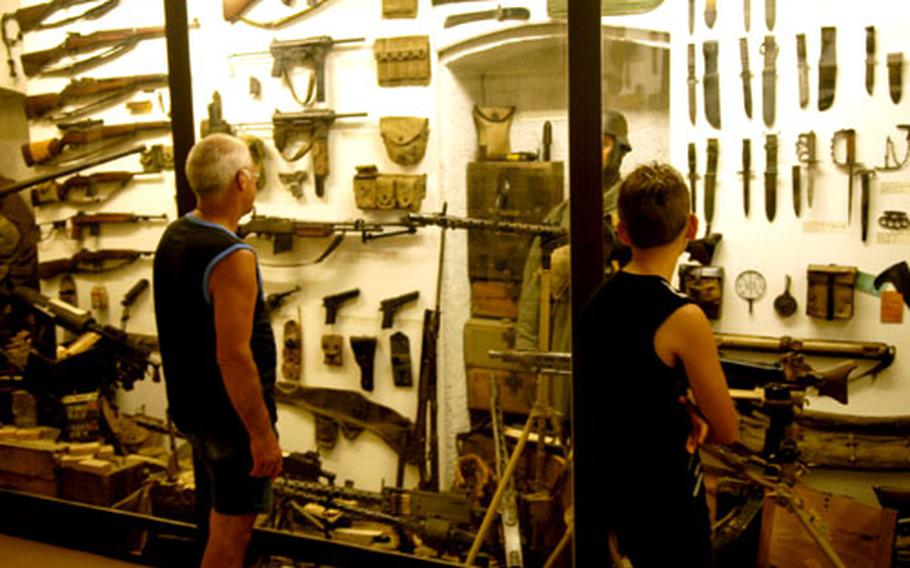 The National Museum of Military History in Diekirch, Luxembourg, is filled with World War II memorabilia. The focus of the museum is on the Battle of the Bulge and the city of Diekirch&#39;s part in the battle. (John Vandiver / S&S)

It may be summer, but a step inside Luxembourg&rsquo;s National Museum of Military History in Diekirch transports you to a colder place and time.

When one thinks of the Battle of the Bulge, which was fought in the Ardennes region of Luxembourg and Belgium along the border with Germany, wintry scenes come to mind. And this museum does a good job of conjuring those images as it showcases the day-to-day struggles of the soldiers who fought the Nazis and the weather.

The exhibits tell in detail the story of the battle and the small city of Diekirch&rsquo;s part in it. It is certainly the main attraction of the city, which is situated on the Sauer River and is home to about 6,000 people.

But while the World War II museum is the place to get your fill of history, the city itself also is worth seeing. The museum is just a couple of blocks from the downtown pedestrian zone, where restaurants and outdoor cafes abound. When the weather is nice, the small streets bustle.

A stroll through town will take you past old churches, a small brewery and numerous outdoor cafes and restaurants.

In the center of the old town is St. Laurence Church which was built in the seventh and eight centuries on the remains of a Roman villa. In 1467 the church was enlarged and frescos were painted on the walls. On a recent visit to the church, classical music poured out of the building and into the town square. Although it was a midweek afternoon, a conservatory was putting on a concert of Mozart and Brahms, adding a little cultural atmosphere for the people out and about.

If leisurely strolls around town aren&rsquo;t your thing, Diekirch offers plenty to do for those in search of more vigorous action. Indeed, the banks of the Sauer resemble a city of tents, with campers, cyclists and sunbathers making the most of the scenery. Along the Sauer, which serves as the border between Germany and Luxembourg, cyclists and hikers can wander down numerous trails.

Diekirch is also a good launching point for exploring some of Luxembourg&rsquo;s other villages. On the drive into town, visitors will pass Echternach, a town roughly 15 miles south. The town, said to be the oldest in Luxembourg, has a good-sized pedestrian zone, which showcases an abbey and basilica from the Middle Ages. The restaurant and cafes are too many to count, making the city a good stopping point on the way to or from Diekirch.

But for people interested in military history and artifacts from World War II, Diekirch&rsquo;s National Museum of Military History will likely be the highlight of the visit.

From old vehicles, weapons and artillery to personal items such as letters and old uniforms, there&rsquo;s lots to look at. The best of the big exhibits is the re-creation of a night scene from Jan. 18, 1945. Gen. George S. Patton&rsquo;s infantrymen are shown as they trudge through the snow, working their way across the frozen Sauer River on their way to liberate Diekirch from the Germans.

Other highlights include pieces of Nazi propaganda that were scattered about in an attempt to undermine U.S. soldiers, and material from the Allies attempting to do the same to the Germans.

There&rsquo;s even an old copy of Stars and Stripes from Dec. 18, 1944. It includes a story of the German offensive that was to become the Battle of the Bulge. "Nazis smash back across the border," the headline reads.

Know and go ...Directions: From the Kaiserslautern/Baumholder area, take A62 toward Trier until it intersects with A1. Continue until you reach exit 130-AD and then merge onto A602 toward Luxembourg. Turn onto B52 and follow it until it joins A64. Continue south to the intersection with E29, then go north toward Echternach and follow the signs on to Diekirch.

Food: There are numerous cafes and restaurants downtown to choose from.

Costs: Admission is 5 euros for adults, 3 euros for children between 10 and 18, free for children younger than 10. There are discounts for groups, individuals in uniform and military veterans. Audioguides are available for 2.50 euros.

Information: The museum&rsquo;s Web site is www.nat-military-museum.lu. The Web site for the Diekirch Tourism Office is http://tourisme.diekirch.lu and its telephone number is (+)352-80-3023