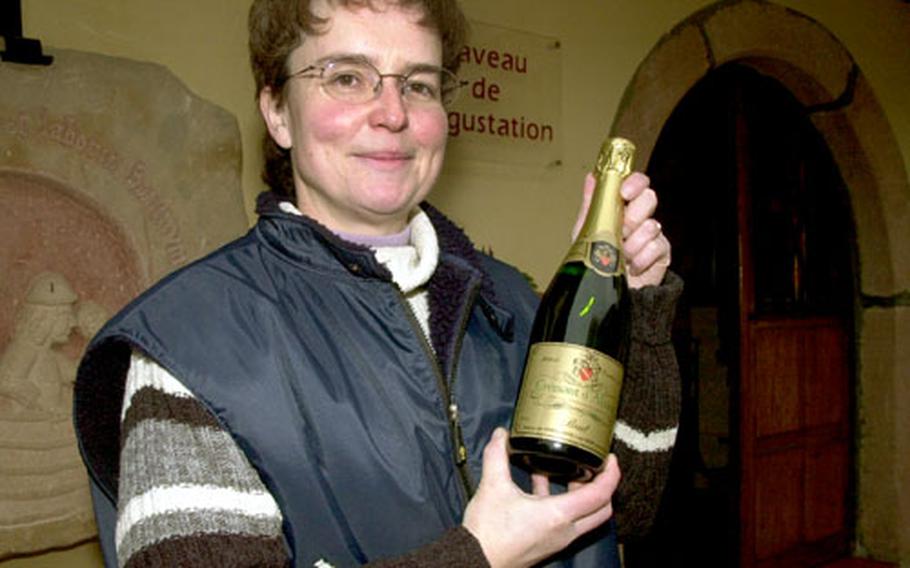 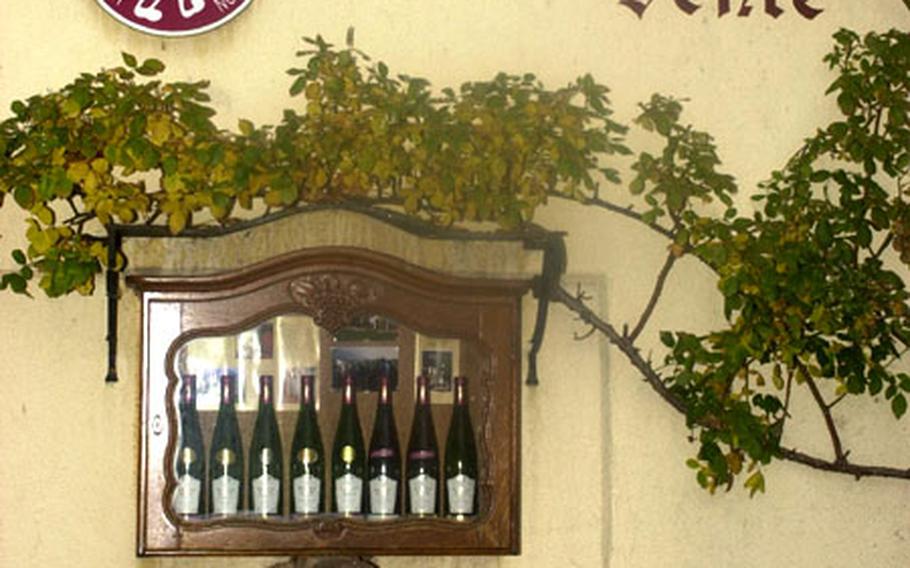 A common sight all around France — a vintner’s bottles and a sign reading “vin eleve and mis en boutille par le vigneron recoltant.” Literally, the grapes are raised and the wine bottled by the vintner who harvests them. Here, you can taste the wines and even get a room for the night. () 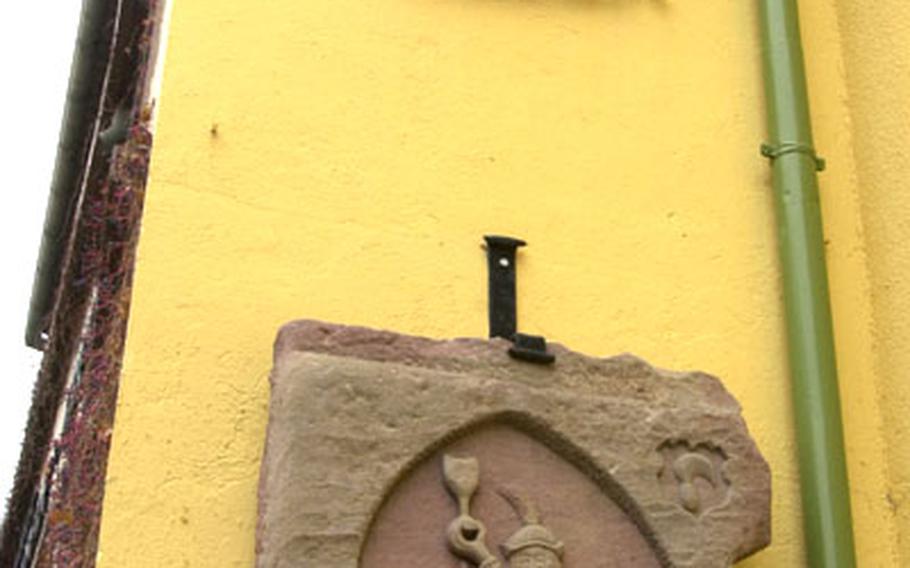 I don&#8217;t know about you, but I love getting good wine for Christmas.

I&#8217;m talking about the stuff I&#8217;m too cheap (and poor) to buy myself: the chateaux-bottled Bordeaux from France or the first-growth Cabernet Sauvignons from California.

Cr&#233;mant is basically champagne. But because this is a sparkling wine made in Alsace, not the Champagne region of France just east of Paris, it can&#8217;t be called Champagne. Yet just like its more glamorous cousin, Cr&#233;mant is made with the labor-and-cost intensive m&#233;thode champenoise, and some of the same grapes.

Where it differs most dramatically from Champagne is in the price. Mid-quality Champagnes such as Mumm and Veuve Clicquot go for $30 a bottle and up. Artisan blends such as Remi Krug&#8217;s start at $100 a bottle.

I buy Cr&#233;mant for 6.75 euros per bottle in a little village just off the French Wine Road called Rodern. Unlike the charming towns around it, Rodern &#8212; between St. Hippolyte and the medieval town of Bergheim &#8212; has nothing much going for it except wine. But there are a half-dozen small &#8220;caves,&#8221; or wine vendors, in this little town, an easy drive from U.S. bases in southwest Germany.

The Alsatians love to drink it with local recipes including fish in sauce, Kooborie said. But Paul Klein, a local vintner, said Cr&#233;mant is still a special-occasion treat, which limits sales.

&#8220;At our house, we call it the birthday wine,&#8221; said the 69-year- old farmer as he laboriously pruned Tokay grapes just south of Rodern. Ordinary Alsatians think nothing of having what outsiders would consider extraordinary wines for a meal, Klein said, while saving the comparatively cheap Cr&#233;mant.

Cr&#233;mant is the ugly stepsister of Alsatians wines, Kooborie said. The area is renowned for its expensive grand cru (first growth) Rieslings and stunning Pinot Blancs and even Gewurtztraminer. And really, Cr&#233;mant is German wine, not French, since Alsace, claimed both by Germany and France since 1878, is in the narrow lowlands between the French Vosges mountain range and Germany&#8217;s Black Forest &#8211; about 200 miles southeast of Reims, the center of the Champagne biz.

Cr&#233;mant differs from Champagnes in that it&#8217;s typically a blend of Pinot Noir, Tokay and Chardonnay grapes, whereas the best Champagne is made completely from Chardonnay or Pinot Noir grapes. What makes Cr&#233;mant inexpensive is two things, Kooborie said.

First, a kilo of grapes costs a lot less in Alsace than in the Champagne region, she said. Second, Cr&#233;mant, unlike the Tokays, Rieslings and other Alsatian wines, are made by several large producers, not by the individual caves.

&#8220;There is just too much know-how and equipment for us to produce our own Cr&#233;mant,&#8221; she said. &#8220;However, more and more small vintners like us are starting to invest in the equipment. If we could make enough, we could compete with Champagne on both quality and price.&#8221;

Small vinters shy away from making their own sparking wines because the Champagne method is so complex. First, the juice has to be carefully blended, bottled, injected with a special yeast and sugar solution, then capped. The fermenting sludge sits for up to three years before it&#39;s &#8220;degorged,&#8221; or opened and the sediment removed. Finally, the bottle is corked for a second stage of in-bottle fermentation.

Last New Year&#8217;s Eve, I went (without telling my wife, Cheryl) to our local Class 6 store and paid about $40 for a bottle of Mo&#235;t & Chandon. It was middling at best &#8212; crisp and yeasty like good Champagne should be, though a bit too sweet and characterless for our tastes.

Crisper. Fruiter. So incredibly complex and aromatic. And Cr&#233;mant passes the connoisseur&#8217;s test for Champagne &#8211; it keeps gushing jets of micro bubbles in the flute instead of the brief fizzle of big bubbles you get with cheap sparkling wines.

If you like sweet American Champagne imitations such as Andres or the sparkling Italians such as Asti Spumanti, you probably won&#8217;t like Cr&#233;mant. But if you like good Champagne, you&#8217;ll love Cr&#233;mant. And you&#8217;ll love looking like Bill Gates, giving &#8220;Champagne&#8221; with wild abandon. After all, the only thing I like better than getting a bottle of good wine is getting two bottles of good wine.