Celebrating the Year of the Monkey 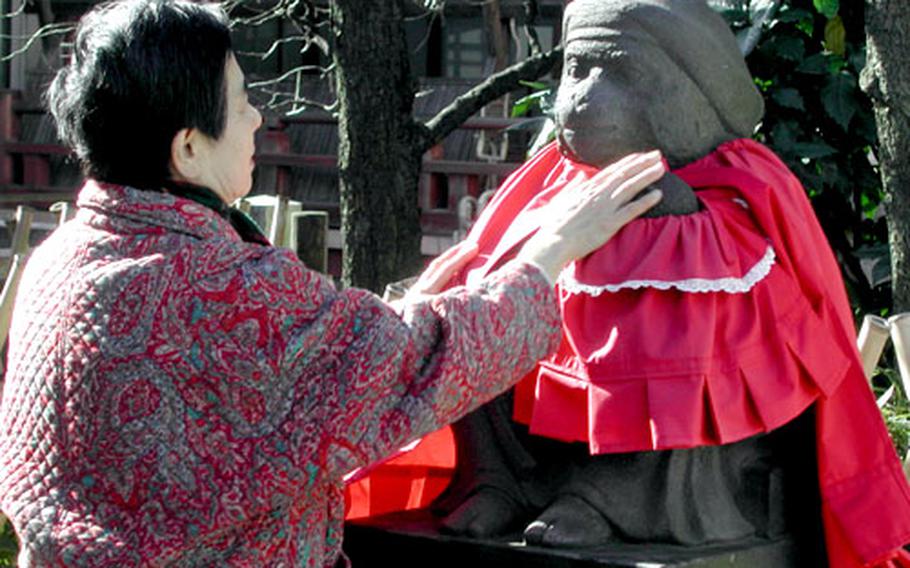 A lady touches a statue of a baby monkey held in a mother monkey’s arms at Hie Shrine. (Hiroshi Chida / S&S)

A lady touches a statue of a baby monkey held in a mother monkey’s arms at Hie Shrine. (Hiroshi Chida / S&S) A statue of a female monkey sits on shelves on the legs of the gate arches on the left of the temple. A male statue sits on the right. (Hiroshi Chida / S&S) Monkey dolls are displayed in the window of Kyugetsu, a Japanese doll shop in Asakusabashi, Tokyo, for the Year of the Monkey. (Hiroshi Chida / S&S) 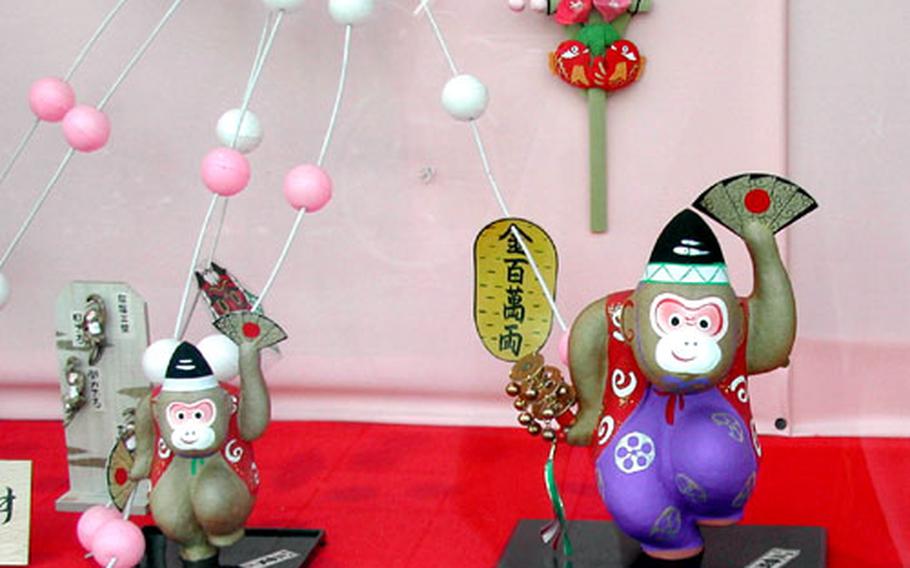 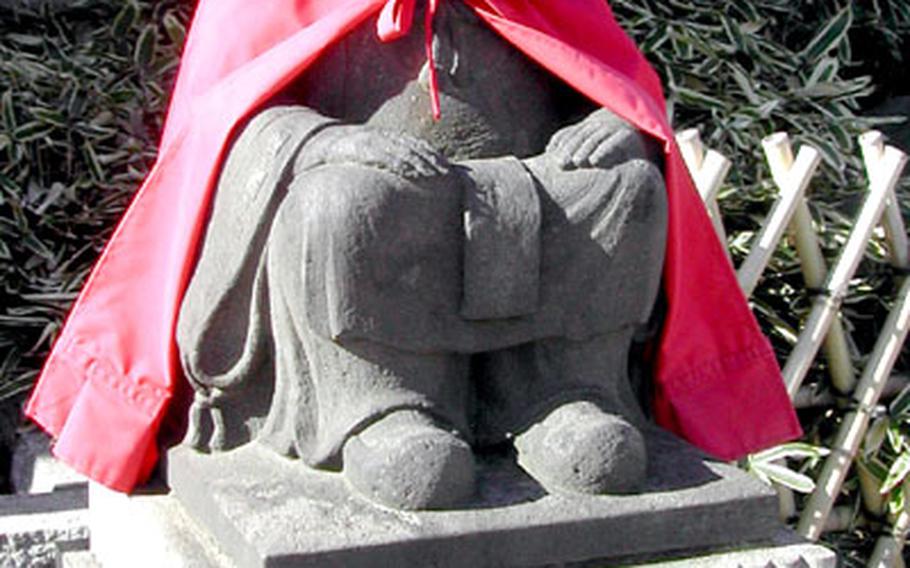 The monkey is believed to be on a mission of the god to the Hie Shrine, in Akasaka, Tokyo. (Hiroshi Chida / S&S)

Under the oriental zodiac which divides time into 12-year cycles named for animals, 2004 is the ninth year and the Year of the Monkey (&#8220;saru&#8221;). The change officially will not be marked until the lunar new year &#8212; Jan. 22 this year &#8212; but many Japanese begin celebrating the new animal year by the modern calendar on Jan. 1.

Some say the custom of naming years for animals comes from Buddhist legend that says Buddha called all the animals of the world to pay homage to him, promising to reward those who came. Only 12 showed up, and each was given a year to honor its faithfulness. They were, in order, the rat, ox, tiger, rabbit, dragon, snake, horse, sheep, monkey, cock, dog and boar. Some legend weavers claim the ox actually arrived first, but say the rat &#8212; which had hitched a ride on its bovine buddy&#8217;s back &#8212; leaped from the ox&#8217;s head and presented itself to Buddha first.

Oriental fortune tellers say humans carry the traits of the animal in whose year they are born. For monkey-year people, that means both good and bad. They are extremely clever, especially in making deals involving money, and are creative and inventive. Their efforts in just about any field of endeavor nearly always meet with success.

Monkey-year people have numerous talents, are flexible, good decision makers, imbued with a great deal of common sense and are very knowledgeable about a vast variety of subjects. They have phenomenal memories, are passionate and strong-willed and left to their own devices, most monkey-year people will find fame, fortune tellers say. The dark side of their personality makes them contemptuous and generally distrustful of others. Impatience also sometimes leads them to abandon a plan they cannot begin immediately.

The monkey appears in many Japanese proverbs and phrases:

Human beings, monkeys and apes are all primates. But monkeys generally have tails &#8212; a fact which still separates the monkey from the other primates. The exception is the tailless monkey, the Gibraltar barbary apes &#8212; while apes, gibbon and siamang, and the great apes (chimpanzee, orangutan and gorilla) do not have tails.

Celebrating the Year of the Monkey ...