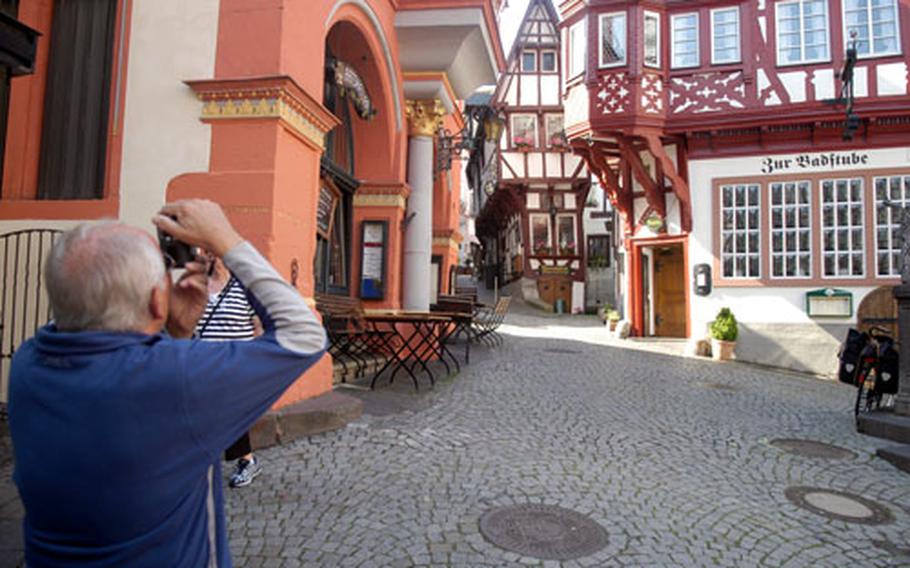 The "Pointed House" is one of the eye-catchers in Bernkastel-Kues, a small town of about 7,000 people located on the banks of the Moselle River. (John Vandiver / S&S)

The "Pointed House" is one of the eye-catchers in Bernkastel-Kues, a small town of about 7,000 people located on the banks of the Moselle River. (John Vandiver / S&S) 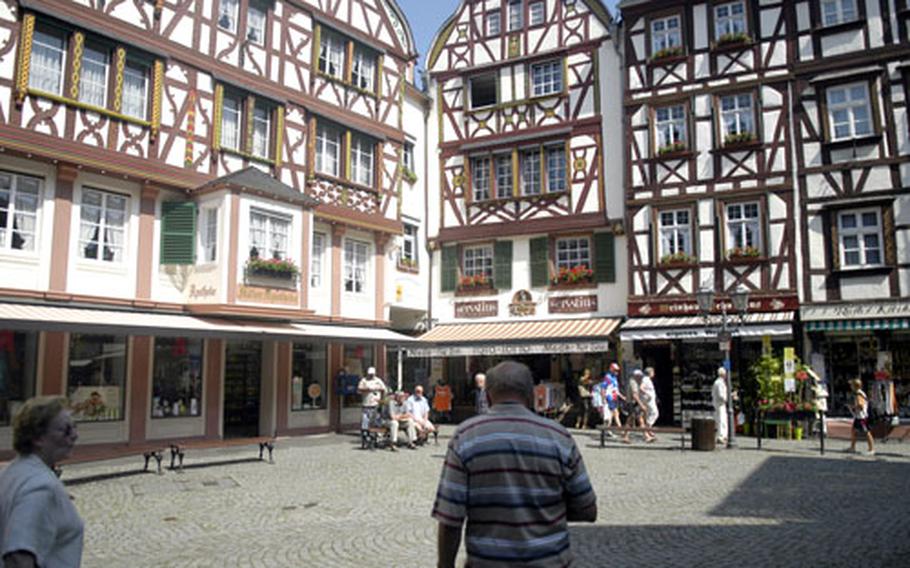 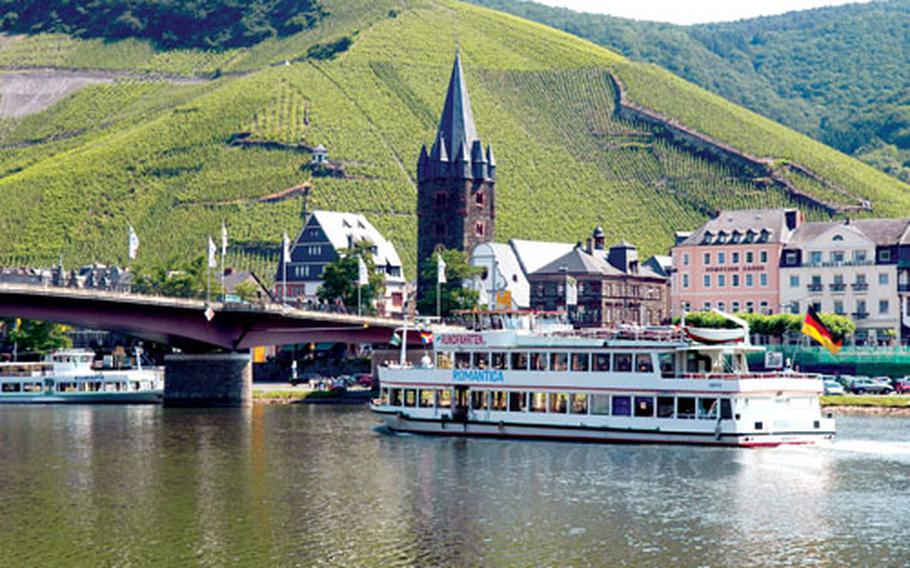 The tilted loft looks as if it could tumble at any moment. But the landmark, dubbed the "Pointed House," has been holding steady for nearly 600 years.

The half-timbered relic &mdash; constructed in 1416, along with the other medieval buildings in the heart of the market square &mdash; gives Bernkastel-Kues its signature look. The building is an excellent example of a vintner&rsquo;s home from the Middle Ages, starting with a stone-lined wine cellar, followed by middle stories extending outward and topped by a loft used for winter storage and to keep domestic animals.

Also on the square are some of the town&rsquo;s other distinctive buildings, including the old town hall, built in 1608, and a host of other well-preserved, half-timbered structures. At the center is St. Michael&rsquo;s Fountain, which dates to 1606. But the oddly shaped pointed house always seems to get the most finger-pointing attention from the camera-toting visitors who come from all over to see the town in the heart of the Moselle River Valley.

But there are plenty of other things to see and do in town.

The town is actually divided in two, with Bernkastel to the east of the Moselle and Kues to the west. The villages are joined by a bridge.

The main attractions are on the Bern- kastel side, which includes an array of shops, cafes, restaurants and wine bars in addition to the market square and the ruins of the Landshut Castle perched above the town with a nice view of the river.

The picturesque setting is a good place to sample one of the local wines, which are produced from the steep hillside vineyards that serve as Bernkastel&rsquo;s backdrop. There is a Vinothek wine museum on the Kues side for those who want to learn more about or try the local wines.

As with so many old towns, a church figures prominently in Bernkastel&rsquo;s modest skyline. The stone tower, which stands out as the town&rsquo;s most noticeable structure, belongs to St. Michael Church. The Catholic parish dates to the 14th century and still holds services.

To learn more about the history of Bernkastel, visit the town museum housed at The Graacher Gate, which is about 700 years old and was one of eight original entrances to the town. Graacher is the only gate still standing.

Bernkastel also makes for an easy launching point for other Moselle attractions. Numerous boat tours leave from the town docks, heading up and down the river. It is a popular stop on the cycling path that follows the river from Trier to Koblenz. And there also are countless inns, hotels and bed-and-breakfasts for those who want to make this more than a day trip.

One thing to keep in mind during the summer months, though, is that you will be one of many visitors. On the weekend, finding available parking can be a challenge, and the narrow lanes are teeming with pedestrians. If you&rsquo;ve got the time, the atmosphere is a lot more laid-back on weekdays.

If you go ...Directions: From the Kaiserslautern area, take Autobahn 6 to A62, heading toward Trier. Get off at exit 4 and head toward Birkenfeld and continue to the left on B269 when the road splits. Turn left at intersection with B50 and follow signs for Bernkastel-Kues. From the Wiesbaden area, take A61 toward Cologne to exit 45 and follow B50 into Bernkastel-Kues. A more scenic &mdash; but slower &mdash; route is to take B49 from A61 and follow the Moselle River to the town.

Food: Lots of restaurants, cafes and wine bars in the town and along the riverfront offer tasty treats.

Information: The town&rsquo;s Web site is www.bernkastel.de/e/. The visitors center is at Gestade 6, along the river and near public parking. Its telephone is 06531-4023, and its e-mail address is info@bernkastel.de.