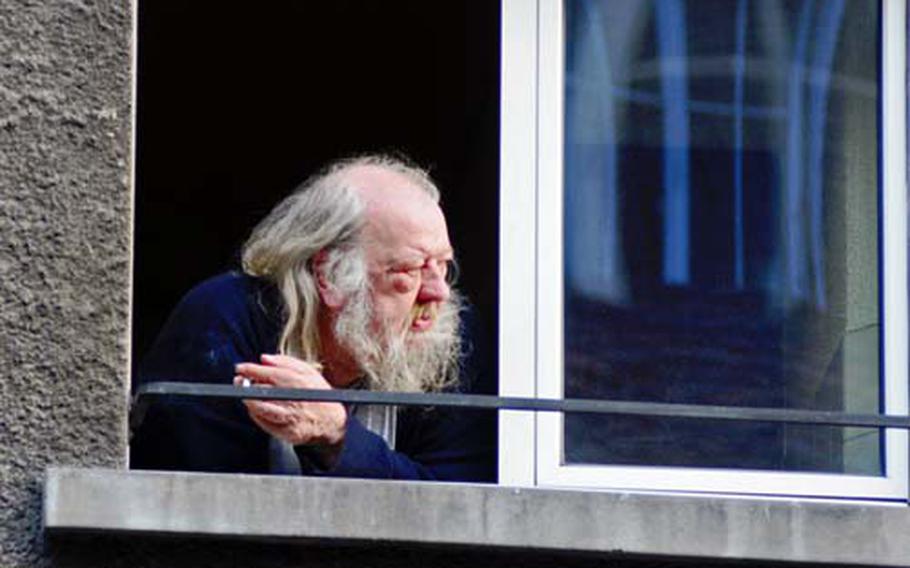 This could be the famous grandfather of Heidi from the story by Johanna Spyri, spending his last years in a home in Bern. (Peter Jaeger / S&S)

This could be the famous grandfather of Heidi from the story by Johanna Spyri, spending his last years in a home in Bern. (Peter Jaeger / S&S) 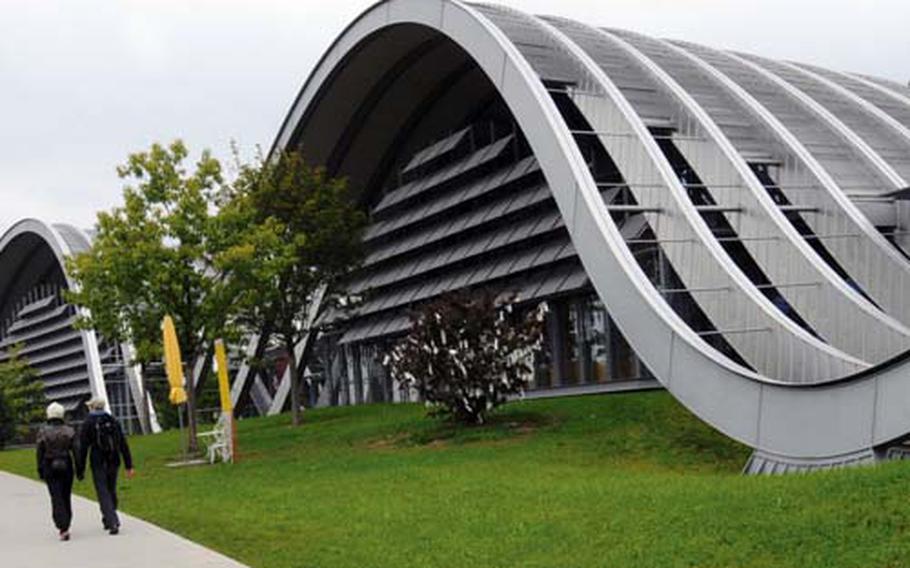 Bern’s latest attraction, the Paul Klee Center, honors the work of one of Bern’s favorite sons. The modern painter lived many years in the city, and important parts of his work are displayed in this fascinating museum. (Peter Jaeger / S&S) 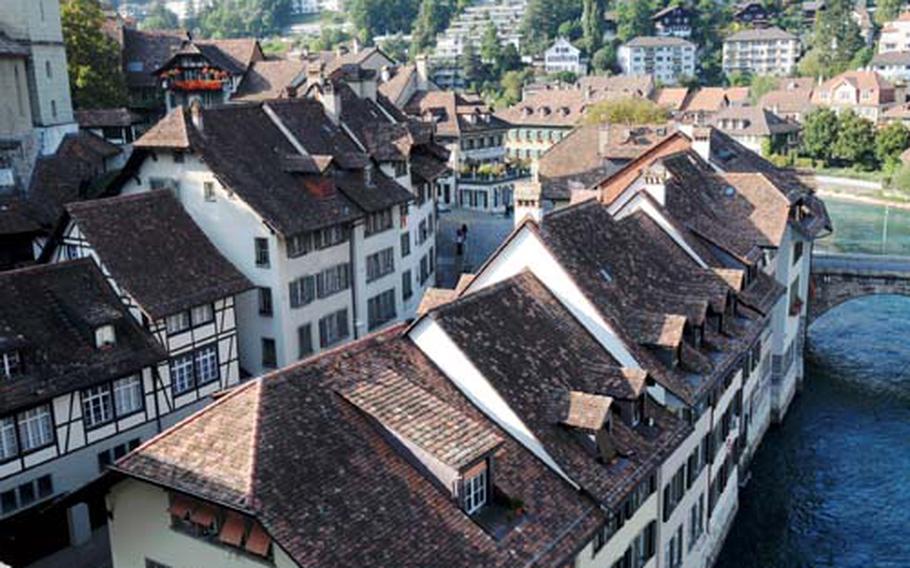 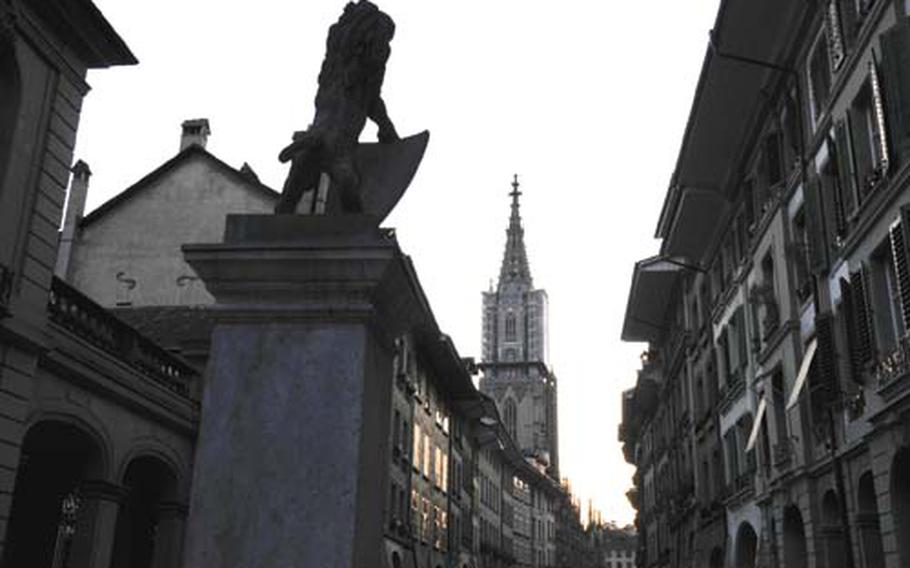 Bern’s cathedral dominates the old town. From its tower — at about 330 feet, the highest in Switzerland — there are marvelous views of the town and the surrounding hills of the Berner Oberland. (Peter Jaeger / S&S) 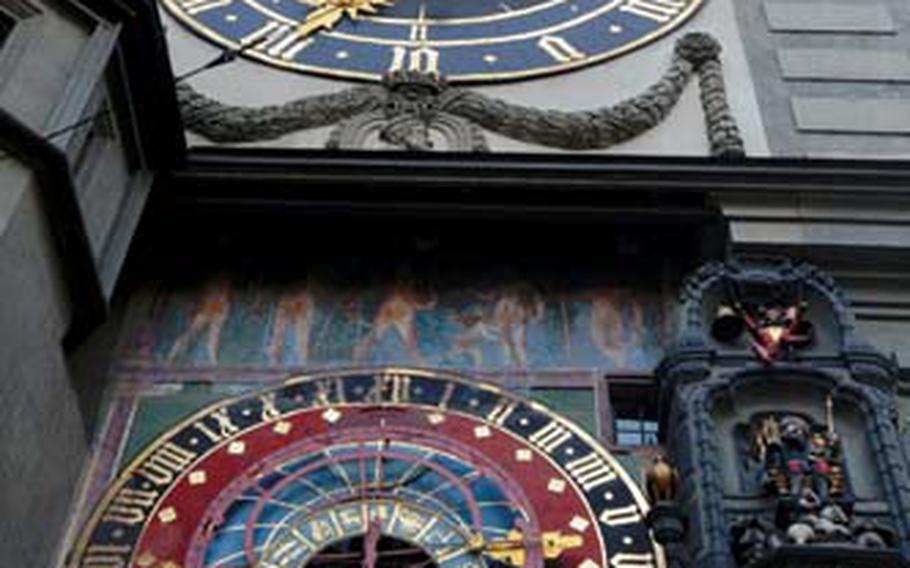 The Zytgloggeturm, with its famous calendar clock and parading figures, was built in the early 1200s and has changed its appearance several times through the ages. (Peter Jaeger / S&S)

Heidi loved the arcades of Bern.

No, not the famous Heidi from the Alpine legend. Heidi, my wife.

She loved being able to keep her feet dry while rain showers got more intense during a visit to Bern, the capital of Switzerland. The city&#8217;s old town, the beautiful, ancient heart of this remarkable city, has almost four miles of arcades to shelter pedestrians and shoppers from the wind and rain and, on hot summer days, from the sun.

Beneath the arches of the arcades are fashionable shops, small galleries with far-out art, and exquisite restaurants and wine houses. Mothers with their children go about their shopping here, while students rush through them on their way to lectures. Some politicians dodge in and out of the arcades as they cycle to parliament or go about the nation&#8217;s business, while others stay dry before dashing for the famous red streetcars that cross the old-town center.

In the evening, the arcades are occupied with a festive crowd of couples and small parties having fun and getting ready for dinner.

Bern sits on a cliff above the blue-green, fast-moving Aare River, which forms a U around the old town. It is one of the highlights of Switzerland &#8212; especially the old town, which is on UNESCO&#8217;s World Heritage List, the only Swiss town to be so honored. The city, with a population of 124,000, is one of Europe&#8217;s smallest capitals. But it is also one of the easiest to get around. Its town center is a relaxed, friendly place with short distances between attractions.

Tired of pretty half-timbered houses and ugly traffic jams? Neither exists here. Wooden houses were replaced by solid, stone structures, Renaissance-style, in the 15th century. The stately houses with their arcades and towering roofs look impressive and as though they were built for eternity. Cars are banned from the town center, giving visitors an unspoiled look at a beautiful, well-rounded ensemble not often seen in Europe.

The city&#8217;s residents are considered friendly by their countrymen, but a little reserved in action and thought. But they must have a strange sense of humor hidden under their relaxed surface. Why else would they tolerate a fountain called Kindlifresserbrunnen ("Child-eaters&#8217; fountain"), a bizarre sculpture of a creature sticking a child into its mouth? There are several theories on what the monster represents, one of them being a Fasching character intended to frighten disobedient children. The fountain is one of 11 in Bern&#8217;s old town with elaborate sculptures on brightly painted columns.

The old town also has a clock tower, the famous Zytgloggeturm. More than 400 years old, its moving parts still work perfectly, telling not only the time, but also the day of the week, date of the month, position of the sun and phases of the moon. Mechanized figures move every hour, pleasing the crowd of tourists that gathers below.

The clock tower marks the western entrance to the old town, leading into its main artery, the Kramgasse. Number 49 houses the Einsteinhaus. That is where Albert Einstein, the great physicist and Nobel prize winner, lived between 1902 and 1909 and where he developed his theory of relativity in 1905. It is now a museum.

Kramgasse intersects with the Gerechtigkeitsgasse, the Street of Justice, with another great fountain, the Fountain of Justice. The lane ends downhill with a stunning view from Nydeggbr&#252;cke, a bridge over the Aare. Nydeggbr&#252;cke is one of about a dozen bridges that connect the old town with Bern&#8217;s modern quarters on the surrounding hills.

Remarkable also are the 12th-century cathedral, St. Vincent, with the highest tower in Switzerland, and the massive house of parliament, the Bundeshaus. St. Vincent&#8217;s tower and the terraces around the parliament both offer stunning vistas of Bern, the old town, the Aare and the rolling hills of the Berner Oberland. It is also possible to see one of Bern&#8217;s special attractions at the end of the Nydeggbr&#252;cke, the bear pits, a centuries-old speciality that the people of Bern are very proud of.

The older tourist highlights of Bern are rivaled by the newly opened Paul Klee Center on the city&#8217;s outskirts. Switzerland&#8217;s most famous modern painter and a longtime citizen of Bern was honored with this architectural masterpiece. Designed by Renzo Piano, the three waves of glass and steel buildings symbolize the three basic principles of Klee&#8217;s compositions: line, form and color. The $87 million building is as impressive as its contents.

Even if you&#8217;re not into modern art, Klee&#8217;s inventive style, technique and color compositions are still admirable. The center&#8217;s new look is a great complement to Bern&#8217;s charming old town, timeless architecture and stunning vistas. It&#8217;s another reason to give Bern a try.