At Maxi in Ramstein, we had the best steak ever 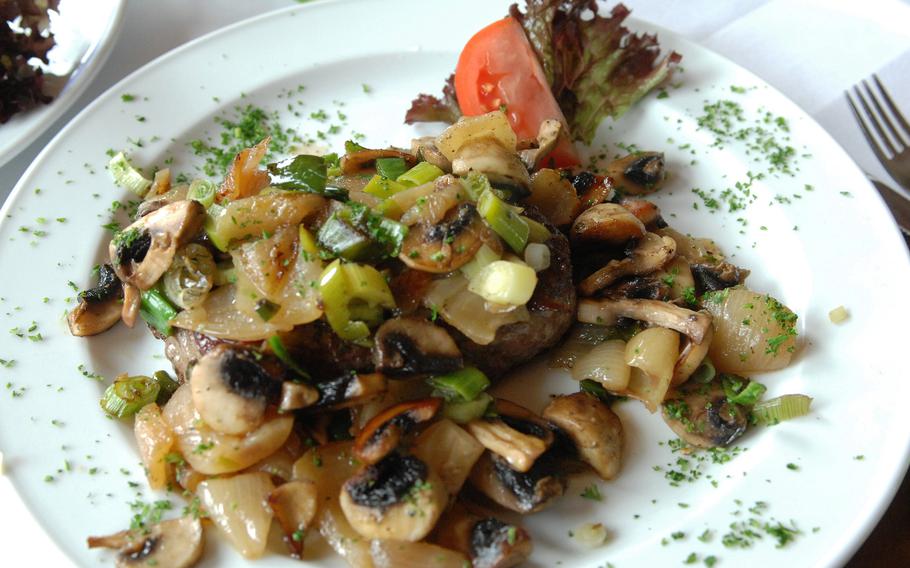 The obvious co-stars on the menu at Maxi Restaurant in Ramstein, Germany, are steak and roasted potatoes. Here, the Maxi steak with mushrooms and onions is shown. (Gregory Broome/Stars and Stripes)

The obvious co-stars on the menu at Maxi Restaurant in Ramstein, Germany, are steak and roasted potatoes. Here, the Maxi steak with mushrooms and onions is shown. (Gregory Broome/Stars and Stripes) 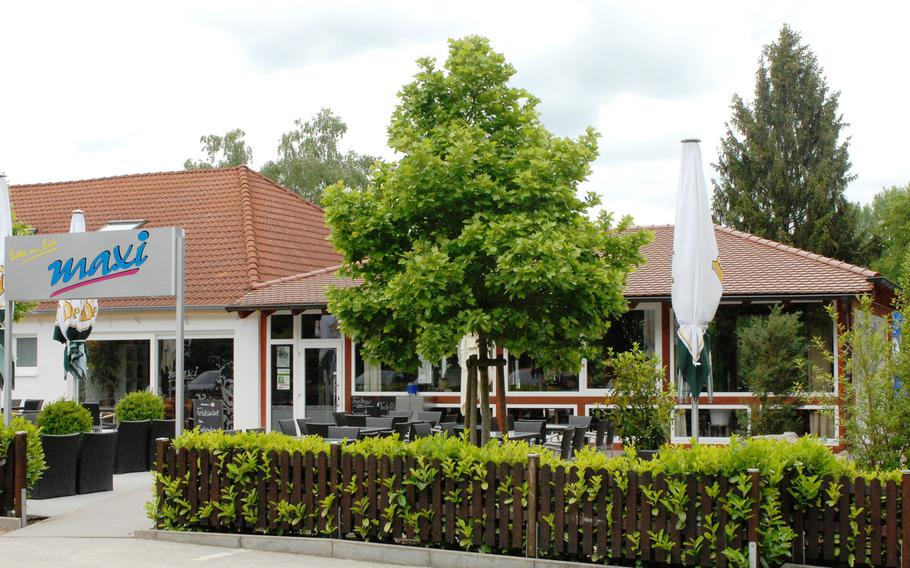 The exterior of Maxi Restaurant in Ramstein, Germany. The restaurant serves traditional German fare and offers a number of weekly specials. (Gregory Broome/Stars and Stripes)

The saying “meat and potatoes” refers to the basic or essential part of something. At Maxi restaurant in Ramstein, Germany, that idiom can be accurately applied to a plate of meat and potatoes.

That’s the main idea at Maxi, an outstanding German restaurant just minutes from the west gate of Ramstein Air Base. The restaurant serves a number of entrees, including schnitzels, salads, pasta and pizza. But the obvious co-stars on this menu are steak and roasted potatoes.

That’s what both my wife and I ordered on our recent lunch visit to Maxi, though it wasn’t easy to choose among the many enticing options. Some pre-meal research on the restaurant’s website had primed us both for a steak lunch, and we stuck with that upon arrival. It was a wise choice.

After a starter of deliciously cheesy garlic bread, the steaks were served, smothered in onions and mushrooms. On the side, a dish of golden roasted potatoes. We dug in.

The steaks were cooked exactly well done, as requested, but maintained an almost impossibly juicy and succulent texture. The knife sliced through effortlessly, each bite complemented perfectly with grilled vegetables, a light sauce and that generous portion of potatoes. It was, and I don’t bestow this distinction lightly, the best steak I’ve ever had. I was still thinking of it fondly several days later.

I would have been happy to eat a steak of this caliber in any squalid building; it was good enough that I likely wouldn’t have noticed my surroundings. But Maxi is a great place to spend some time.

First of all, the restaurant’s signage employs an unusual, and therefore distinctive, color scheme of pastel blue and pink, a palette evocative of the ’80s TV show “Miami Vice.” That retro vibe is enhanced by the restaurant’s sleek furniture, floor-to-ceiling windows and unusual touches, including a disco ball.

We ate inside on a breezy day, but we’d like to return for a meal on the patio. It’s not a great setting, overlooking a fairly busy street in an area that resembles an office park. But it appears relaxing enough. And once the steak arrives, you’ll be otherwise occupied anyway.

We plan to visit again soon. Regardless of any particular evening’s special, we’re getting the meat and potatoes.