American Cemeteries: Where America’s heroes are laid to rest 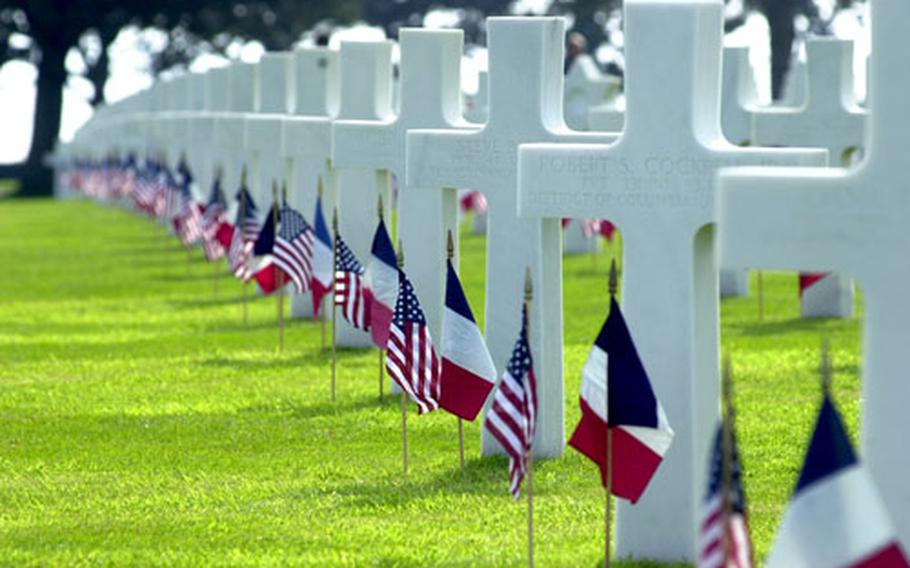 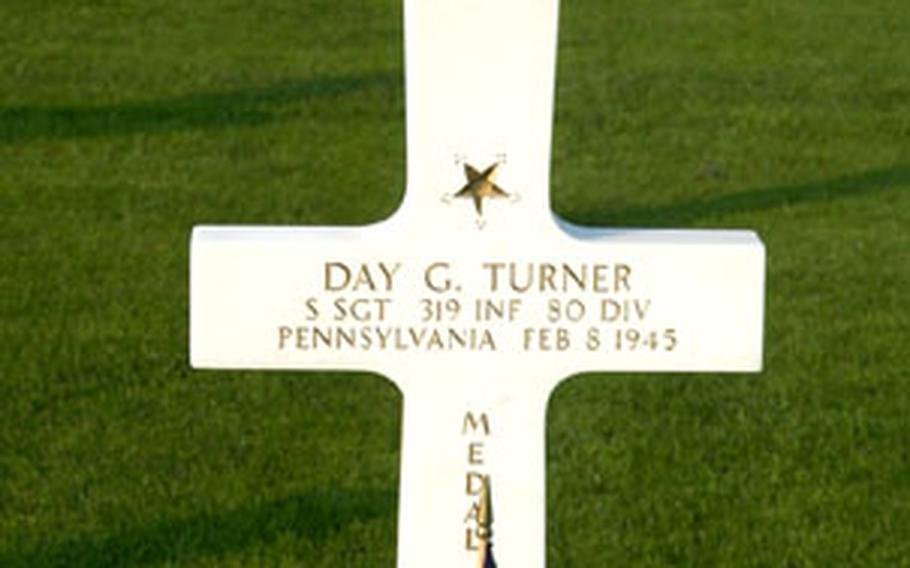 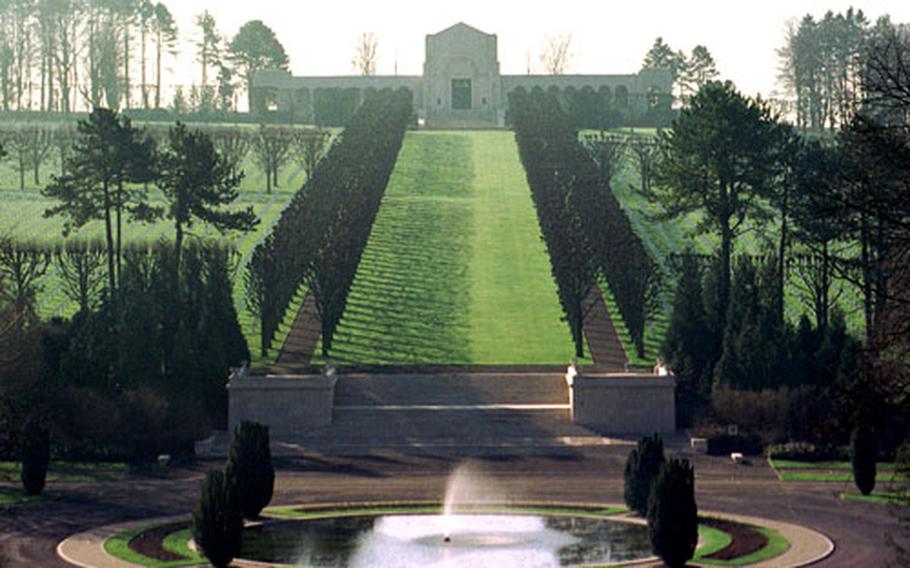 A family walks among the graves of Americans who died fighting in World War II at Henri-Chapelle American Cemetery in Belgium. The crosses and Stars of David mark 7,992 Americans who are buried here. (Michael Abrams / S&S) The white stone chapel stands in the middle of the graves 368 Americans, most of whom died in World War I at Flanders Field American Cemetery. It is the smallest of the WWI cemeteries. (Michael Abrams / S&S)

It is hallowed ground.

Here in the sod of Europe lie thousands of Americans who made the ultimate sacrifice for their country in two World Wars.

They are buried, row upon row, under simple white crosses or Stars of David in cemeteries in Belgium, England, France, Luxembourg, Italy and the Netherlands.

They died far from home in battles and operations known as Belleau Wood, the Somme, the Meuse-Argonne Offensive in World War I, or D-Day, Anzio and the Battle of the Bulge in World War II.

As the living memories of these battles fade, these cemeteries are what&rsquo;s left to remind us of their sacrifice.

Lorraine American Cemetery in France, with 10,489 fallen, is the largest American WWII cemetery in Europe.

Despite differences in size, the cemeteries have much in common. The stone crosses and Stars of David are inscribed with the name, rank, unit, home state and date of death of the fallen. Some of the crosses read simply &ldquo;Here Rests in Honored Glory an American Soldier Unknown but to God.&rdquo; (&ldquo;American Soldier&rdquo; is replaced with &ldquo;Comrade in Arms&rdquo; on WWII crosses).

A memorial structure, usually incorporating a chapel is &mdash; besides the graves &mdash; the centerpiece of the cemeteries. Inscribed on walls or slabs of stone nearby are the names of the missing, those who died in combat, but whose bodies were never found.

Giant maps portray military operations in the area. Some cemeteries also have statues, with names like &ldquo;Spirit of American Youth&rdquo; at Normandy and &ldquo;Mourning Woman&rdquo; in the Netherlands. All have visitor centers with information on the cemetery and a guest book to sign.

With the manicured green grass and inspiring monuments, the cemeteries are a place of wonderful beauty mixed with utter sorrow.

Buried here are Americans from all walks of life. Their names are a mix of the melting pot that is the United States: Anglo-Saxon names, Asian names, Irish names, Hispanic names, and despite of, or perhaps because of, who the enemy was, many German names are engraved on the markers.

Brothers, such as Carl H. Dasso and Eugene E. Dasso of Illinois, buried at the Netherlands American Cemetery, lie side by side. Privates and generals, Jews and gentiles, people from every state in the union, the District of Columbia, and even other countries, who gave their lives for the United States are buried here.

Many of the cemeteries are not far from Americans stationed in Europe. Lorraine American Cemetery is in Saint Avold, just over the French border from the Kaiserslautern Military Community and Baumholder, while the Luxembourg cemetery is less than an hour from Bitburg and Spangdahlem.

Netherlands American Cemetery at Margraten is close to Americans stationed in Shinnen and Brunssum, and Henri-Chapelle and Ardennes American Cemeteries are just across the border in Belgium.

Also in Belgium, Flanders Field American Cemetery is not far from Brussels and Mons.

Cambridge American Cemetery in England is only about a 35-minute drive from RAF Lakenheath and Mildenhall.

Americans stationed in the Naples area can visit the Sicily-Rome cemetery at Nettuno, and the Florence American Cemetery is not far from Camp Darby.

On this Memorial Day, or on any day you can, visit one of the cemeteries in honor and remembrance of the men and women who died for their country.

Getting there: For directions, go to the American Battle Monuments Commission&rsquo;s Web site: www.abmc. gov. For those driving, there are usually signs for the cemeteries at highway exits, and signs pointing the way as you get close.Hours: The cemeteries are open 9 a.m. to 5 p.m. daily except on Jan. 1 and Dec. 25. There is no admission charge, but be sure to sign the guest book in the visitors center.Food: There is no place to eat at the cemeteries, but almost all are near towns where there are restaurants and cafes.Know and Go

Getting there: For directions, go to the American Battle Monuments Commission&rsquo;s Web site: www.abmc. gov. For those driving, there are usually signs for the cemeteries at highway exits, and signs pointing the way as you get close.Hours: The cemeteries are open 9 a.m. to 5 p.m. daily except on Jan. 1 and Dec. 25. There is no admission charge, but be sure to sign the guest book in the visitors center.Food: There is no place to eat at the cemeteries, but almost all are near towns where there are restaurants and cafes.Memorial Day events

Memorial Day ceremonies are scheduled as indicated at these American Battle Monuments Commission cemeteries and properties. Find more information at www.abmc.gov; a worldwide schedule can be found by clicking on &ldquo;Commemorative Events.&rdquo; The site also gives details of June 6 D-Day commemorative events.