A walk into Venice's Jewish history 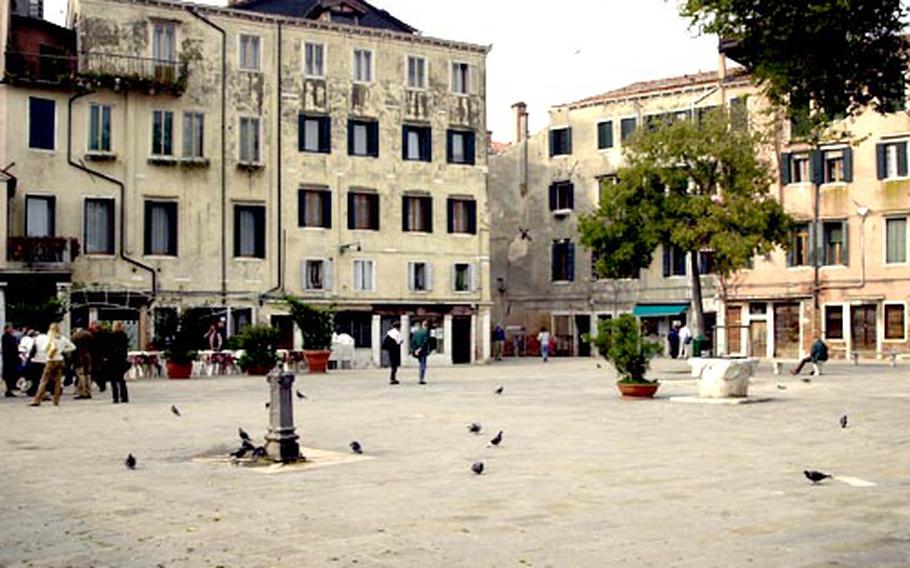 The Campo Ghetto Nuovo, the heart of the Venice ghetto. (Michael Abrams / S&S)

The Campo Ghetto Nuovo, the heart of the Venice ghetto. (Michael Abrams / S&S) Two women have a conversation in front of the Jewish museum in Venice, which is also an active synagogue. (Michael Abrams / S&S) 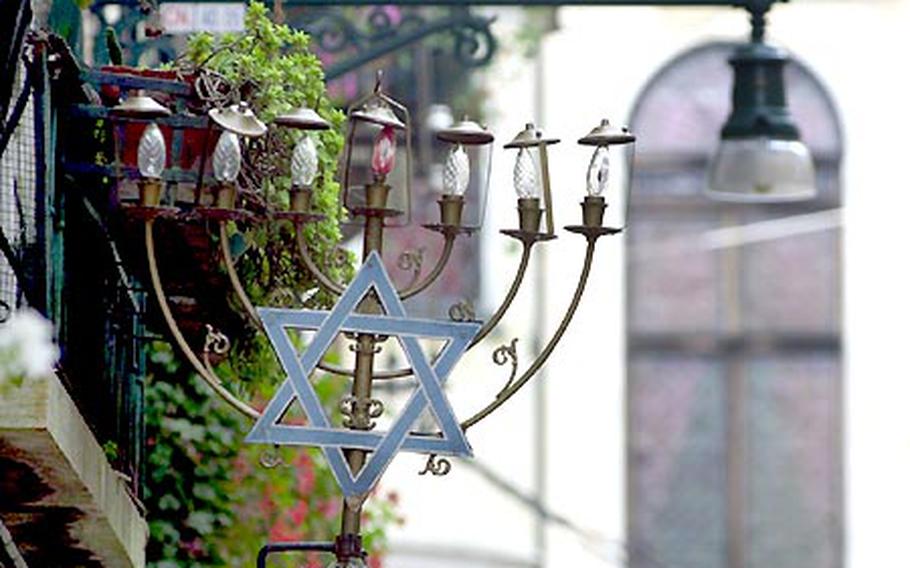 Today the former “Jewish ghetto” in Venice, Italy, is a lively but slightly rundown area of the city with peeling paint and drying clothes hanging from windows. Life now, as then, is centered on the Campo di Ghetto Nuovo, a large square lined with shops and kosher eateries. (Michael Abrams / S&S) 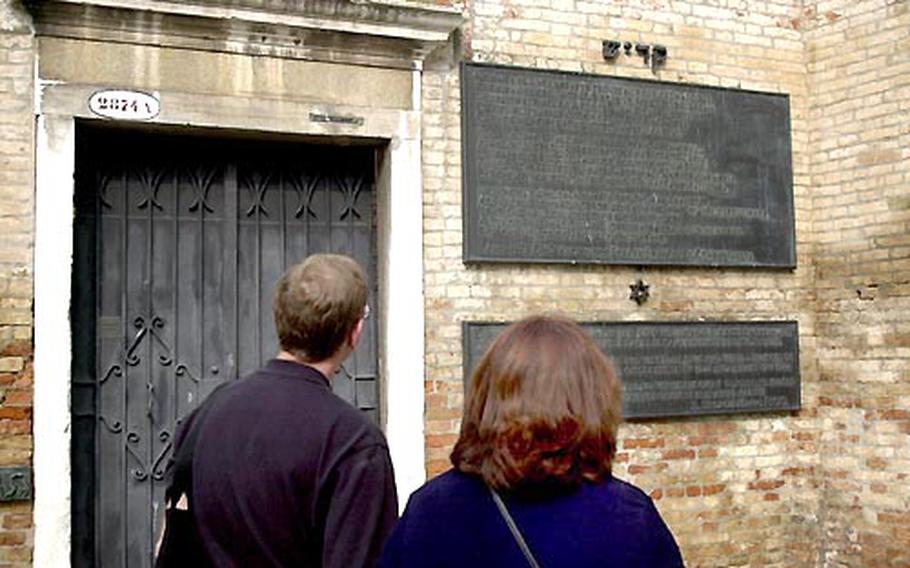 Tourists read a plaque on a wall of the Venice Ghetto remembering the Holocaust and the arrest and deportation of Venice Jews on Dec.5, 1943, and Aug. 17, 1944. (Michael Abrams / S&S)

Venice is famous for its canals, bridges and gondolas, for its palaces, churches and squares, and for the fantastic costumes and masks of its annual Carnival celebrations.

There is at least one thing the city on the lagoon is infamous for: its ghetto.

True, when one hears the word &#8220;ghetto,&#8221; Venice is not the first place that comes to mind. That probably would be World War II Warsaw, or the inner-city projects of an American metropolis. But it is in Venice where the Jews of a city were first locked behind gates at night. It was there that they had to wear colored patches of cloth sewn to their clothing to identify them as Jews, and it is where the word &#8220;ghetto&#8221; probably originated.

The Jews arrived in Venice in the 11th century, conducting their traditional money-lending businesses in the city, but they were not allowed to live there. The first resident permits for Jews were issued in the 14th century. In 1386 the Serenissima &#8212; the Venetian senate &#8212; granted the Jews land for a cemetery.

Over the years, permission to live in Venice was given and withdrawn from the Jews as their influence and numbers grew, especially after 1492, when the Jews expelled from Spain and Portugal arrived in Venice.

On March 29, 1516, it was decreed that all Jews had to live in a certain area of Venice. At night the gates were closed, with the Jews of the city locked inside.

According to the law, Jews were only allowed to operate pawn shops, lend money, trade in textiles and practice medicine. In exchange, they were granted the freedom to practice their religion.

Throughout the years five major synagogues, known as scola, were built by the various ethnic groups. They are the Scola Canton, Scola Italiana, Scola Tedesca, Scola Levantina and Scola Spagnola.

The original ghetto, located on a new foundry, was known as the Ghetto Nuovo, or new ghetto. Later it was expanded in 1541 on the grounds of an older foundry and was known as Ghetto Vecchio, or old ghetto. As the population grew the Ghetto Nuovissimo was established in 1633. At its peak, the Venice ghetto housed about 4,000 people in an area about the size of 2&#189; city blocks.

For 281 years the ghetto was the center of Jewish life in Venice, until Napoleon abolished it in 1797.

Today the former ghetto is a lively, but slightly run-down area of the city with peeling paint and drying clothes hanging from windows. Life now, as then, is centered on the Campo di Ghetto Nuovo, a large square lined with tall buildings. The Museo Ebraico di Venezia, the Jewish Museum, is here as are shops and kosher eateries. On two sides of the square are monuments by sculptor Arbit Blatas, one commemorating the deportation of the Venice Jews by the Nazis, the other of the Holocaust.

To get a feel for the ghetto, though, it is best to enter it from the Fondamenta di Cannageggio, just off the Ponte della Guglie bridge. Here you pass through a doorway into the Ghetto Vecchio, a very narrow lane lined on both sides by tall buildings. Because space was at a premium, some of the houses are seven or eight stories high. It leads through the Campiello delle Scuole with the Scola Spagnola and the Scola Levantina to the Ponte di Ghetto Vecchio to the Nuovo Ghetto.

Stop and imagine the hundreds of people who once lived here. The crying babies, the playing children &#8212; men and women living and working in close quarters, locked up at night because of their religion. Imagine how life was in the world&#8217;s first ghetto.

&#182; Where: The Venice Ghetto is in the Channareggio district of the city. The easiest way to find it is to start from the railway station, Stazione Ferrovia Santa Lucia. For those who have to find it, the station is usually marked &#8220;Ferrovia&#8221; on pedestrian signs leading through Venice. With your back to the station, head left past the Scalzi bridge up Rio Tera Lista di Spagna through the Campo S. Geremia to the Ponte della Guglie. Immediately after crossing the bridge, take a left on Fondamenta di Cannageggio. Walk down it a couple of yards and you come to a doorway leading into the Ghetto Vecchio.

The ACTV waterbus 52 stops at the Ponte della Guglie.

A Web site worth checking out is www.jewishvenice.org.