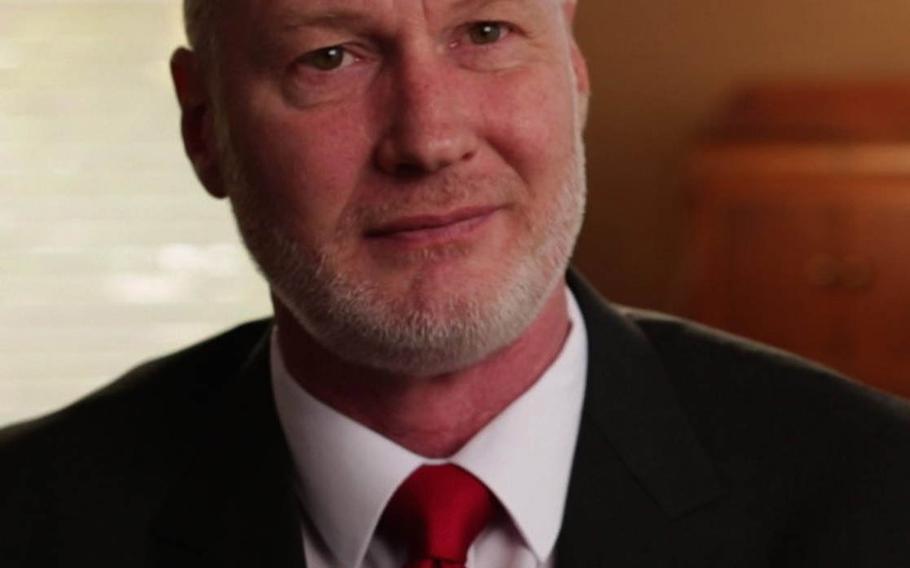 After more than two decades of working in the military justice system, as a defense lawyer, judge and the Air Force's chief prosecutor, Col. Don Christensen, is going to work for the sexual assault victim advocacy group Protect Our Defenders. (Courtesy Don Christensen)

One of the military’s most highly regarded prosecutors is leaving the justice system he’s served for more than two decades to work for a group devoted to reforming it.

Col. Don Christensen, formerly the Air Force’s chief prosecutor, is retiring from the service in December and will become the president of Protect Our Defenders, an influential nonprofit that advocates for and supports military sexual assault victims and lobbies for military justice reform.

Changes are overdue to a system Christensen says enables perpetrators and punishes victims.

“I’ve seen how people in units rally around the accused,” he said. “These are the future convening authorities.

“We need to professionalize the justice system. Make it similar to what the rest of the world does.”

Franklin’s action — reversing the verdict and sentence of a five-colonel jury — shocked and angered numerous victims’ groups and U.S. lawmakers, who said it illustrated the bias confronting military victims of sexual crimes. The case led to a host of legislative changes to the military justice system, including the end of commanders’ unfettered discretion to dismiss verdicts and reduce sentences.

Those moves were initially opposed by military officials, and they remain unpopular with some. On Monday, the Pentagon is due to report to President Barack Obama on progress the military has made since then to address sexual assault in the military.

“I feel like military justice has been hijacked by a number of female senators and congresswomen,” said defense lawyer Frank Spinner, who represented Wilkerson.

But for many advocates for sexual assault victims, whose ranks now include Christensen, the changes haven’t gone far enough.

After more than two decades working inside the system — as a defense lawyer, judge and prosecutor — Christensen says it remains deeply flawed.

“We need to bring balance to the system,” he said. “We’ve shoveled all these rights onto the accused that don’t appear anywhere else.”

Under the military justice system, for instance, alleged victims can be ordered to give repeated interviews and depositions to the defense before trial. And unlike in the civilian court system, defendants can call supporters to provide “good character evidence” during the trial, which by itself can raise “reasonable doubt” for an acquittal.

Christensen said he’d decided to work for Protect Our Defenders because he considers the group focused and savvy. “When they advocate changes, they’ve actually thought through how the changes will affect the criminal justice system,” he said. “I also know they’re pro-military.”

Still, he said, he expected his new career choice would be controversial. “I’ll lose friends,” he said. There are some people who are so hostile to anything anti-military-justice, they’ll think I’m selling out.”

Nancy Parrish, POD founder and former president, said she was “honored and humbled” that Christensen was coming on board.

At POD, Christensen will “fight to improve the military that he loves,” Parrish said.

One of the first matters of business will be making another attempt to have career prosecutors, instead of commanders, decide how sexual assault cases are handled.

“I don’t want the commander making decisions about what kind of surgery I get or if I get surgery. It’s the same with this,” Christensen said. “It’s outside their lane.”

Until the Wilkerson case, Christensen, a 53-year-old South Dakotan and military history buff, had no imminent plans to retire from the service.

But after winning what turned out to be his biggest case, his career began to lose its luster. Franklin’s decision to dismiss the Wilkerson case — because he believed Wilkerson’s accuser had lied, the judge had made bad rulings, and Christensen had persuaded gullible jurors to the wrong verdict — was uniformly backed by top Air Force officers.

Gen. Philip Breedlove, for instance, commander of U.S. European Command, but then-commander of U.S. Air Forces in Europe and thus Franklin’s boss, told some 500 majors at an Air Force school that Franklin was beyond reproach and his decision should not be questioned.

But Christensen wouldn’t go along.

When senators interested in the case asked to meet with him, he agreed, and spoke candidly. When the woman at the center of the case, a 49-year-old physician assistant named Kim Hanks, went on NBC to tell her story, Christensen vouched for her, telling the network that Hanks was among the most credible witnesses he’d ever encountered.

“I spoke to Congress, I spoke to the media, and I didn’t toe the company line that generals are infallible,” he said.

When Christensen came under attack from Wilkerson supporters in the fighter pilot community, was accused of prosecutorial misconduct and subjected to inspector general inquiries, he weathered it alone. No misconduct was ever found.

“There was zero pushback,” he said. “I have never, ever been publicly defended.”

Christensen said his evaluations, which had previously been superlative, turned mediocre and an assignment he was offered was less desirable.

He saw little reason to remain in the Air Force. “I couldn’t even advocate anymore internally for reform,” he said.

A number of Air Force lawyers called Christensen’s retirement a loss to the service. “He is a phenomenal boss, takes care of his litigators better than anyone in the Air Force” said Maj. Ben Beliles, who worked with Christensen on the Wilkerson case. “He’s the best litigator in the Air Force, and they are letting him go without even a struggle.”

Col. Pat Dolan spent three years as a senior defense counsel and was many times Christensen’s courtroom adversary. But he said he counts Christensen as a friend and mentor.

“He’s probably the finest Air Force trial advocate I’ve ever seen,” Dolan said. “It was taking blows repeatedly to your body, but you have this admiration. It was tough to take the blows, but he made me a better advocate.”

Dolan said Christensen was very compassionate and had possessed a deeper and earlier understanding of the dynamics of sexual assault than almost anyone in the Air Force.

. “I know he’s going to work for POD. I think there’s no one more qualified to do it. He has a very intimate view of what victims go through.”

“I think he has a very strong sense of justice,” Dolan said. “The truth matters to him.”

Christensen could have used his retirement to make a fortune doing defense work.

“But I can step outside the courtroom and respect his ability,” Spinner said. “I wish him well. He’s a very capable advocate.”

Dolan agreed that Christensen’s cross-examinations could be “brutal” to watch.

“Yeah, he’s aggressive in court,” Dolan said. “But it’s not inappropriate. That’s the whole point: Somehow the truth is supposed to come out.”

As much as he loves being in the courtroom, Christensen said, he is unsuited to defense work.

“I just can’t do it. I can’t cross victims anymore and say the things I’d need to say about them in arguments,” he said. “I know they’re almost always telling the truth.”

The idea that women ‘cry rape’ for revenge or regret and that their lives are enhanced by pursuing false allegations through the justice system is an absurd belief held by “misogynists,” Christensen said. “But really, it’s a horrific process,” he said.

In overturning Wilkerson’s conviction, Franklin said he’d been persuaded by scores of letters from Wilkerson supporters. Those letters depicted the colonel-select as an upstanding officer and family man married to a woman who would not abide consensual infidelity, let alone sexual assault. Months later, it was revealed that Wilkerson had had an extramarital affair years earlier on a temporary duty assignment that produced a child. He was subsequently forced to retire as a major.

In January, after questions arose about the disposition of another sexual assault case, Franklin announced his retirement; short the necessary time in grade, he would retire as a two-star.

Soon afterward, he and Christensen happened to be on the same flight. The prosecutor decided to tell the general what he thought about his fateful decision. “Hey, Sir, you blew it,” Christensen said, recounting the conversation.

“You affected a lot of people’s lives,” Christensen continued, to which he said Franklin responded that his life had also changed: “I lost a star.”