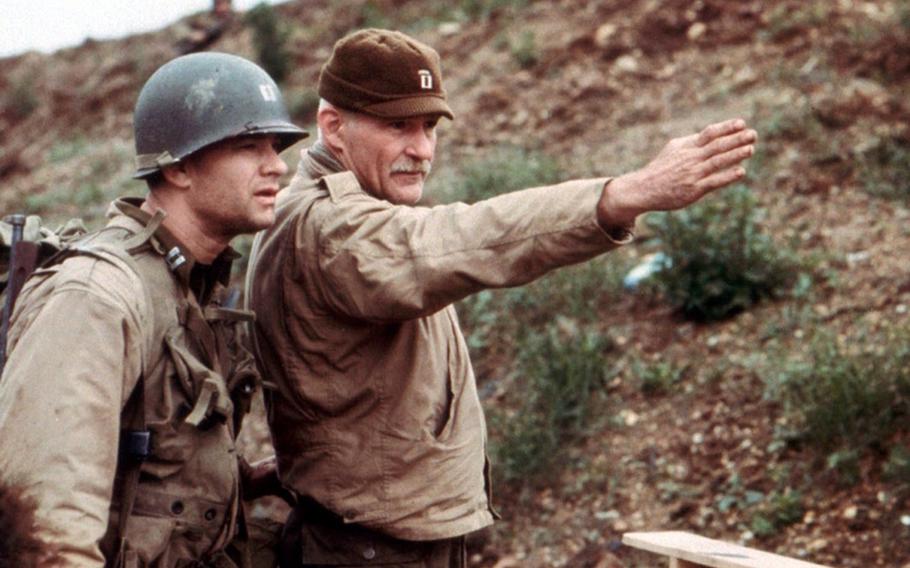 Dale Dye directs Tom Hanks on the set of Steve Spielberg's "Saving Private Ryan." Dye, a Marine combat veteran, served as a technical adviser and actor on the film. (Courtesy of Dale Dye)

An Oscar-winning actor is giving a major boost to a former Marine’s efforts to make a film about a World War II infantry battle that’s been called one of the bloodiest in modern history.

Tom Hanks has signed on as executive producer of “No Better Place to Die” by Dale Dye, a 73-year-old combat veteran whose acting and technical assistance added authenticity and gravitas to film and television vehicles like “Saving Private Ryan,” “Band of Brothers” and “Platoon.”

Dye’s film will tell the story of Able Company, 505th Parachute Infantry Regiment, 82nd Airborne Division, which parachuted into France with their British counterparts ahead of the D-Day invasion on June 6, 1944. Troops were tasked with taking and holding the vital La Fière bridge over the Merderet River and an adjacent causeway, reinforced by glider-borne infantry.

Their objectives were critical to the invasion’s success as they connected the Normandy beachheads with the rest of the countryside. If they failed to hold the bridges against a vicious German counterattack that was guaranteed to come, the Allies hitting the beaches would be cut to pieces.

Their attack started in the morning. By nightfall, they had suffered 50 percent casualties.

Dye hopes to start shooting the film this summer so it’s ready for the 75th Anniversary of D-Day in 2019.

Along with his producer role, Hanks is slated to act in the film. Dye and Hanks have a “long-standing personal and creative relationship” that dates to 1994’s “Forrest Gump,” Dye said in the statement.

“I’m very glad to be teaming with Dale on this project,” Hanks said, according to a statement Dye issued this week. “It’s an important story that needs to be told as we approach the 75th Anniversary of D-Day.”

Dye had struggled to find backers to produce “No Better Place to Die,” which he wrote in 2011 and hoped to direct, using as many veterans as possible in acting and production roles. He began by turning to his fellow veterans to generate buzz and raised an initial $100,000 to get the project off the ground.

“I’m fairly confident we can get this done now,” Dye told Stars and Stripes in an email this week. “I’m still committed to using as many real veterans in front of and behind the cameras as possible.”

Dye has said his film will serve as a prequel of sorts to “Saving Private Ryan,” which was directed by Steven Spielberg and took home five Academy Awards. Dye has vowed the same hard-hitting delivery, though he believes the action will be more intense.

“This is such an important and dramatic story that I’ve always wondered why no one has made a movie about it,” he said in the statement. “It’s a thrilling and inspiring look at how our American soldiers — back then and right now today — can overcome long odds with guts and determination.” 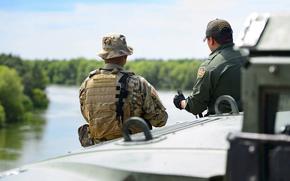