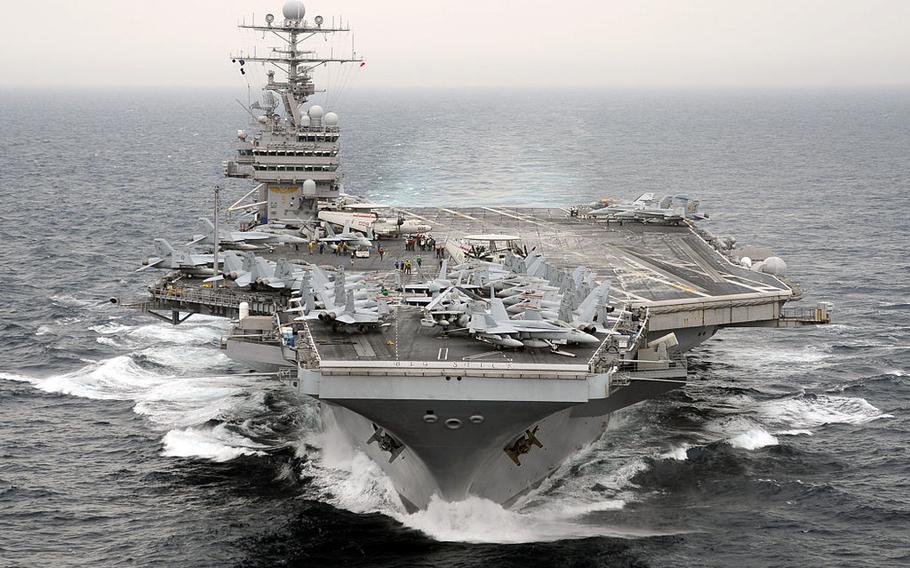 The USS Theodore Roosevelt, which is currently deployed to the Middle East in support of Operation Inherent Resolve. (Jonathan Snyder/U.S. Navy)

MANAMA, Bahrain — A USS Theodore Roosevelt sailor is in stable condition after falling overboard and being rescued by his crewmates in the Persian Gulf late Thursday, according to a Navy release.

The aircraft carrier used a helicopter and a rigid-hulled inflatable boat to rescue the sailor who was found at 9:45 p.m. and returned to the ship about 15 minutes later.

The Theodore Roosevelt is currently deployed to the Middle East in support of Operation Inherent Resolve, which targets Islamic State militants in Iraq and Syria.