USS Taylor being inspected after running aground off Turkey 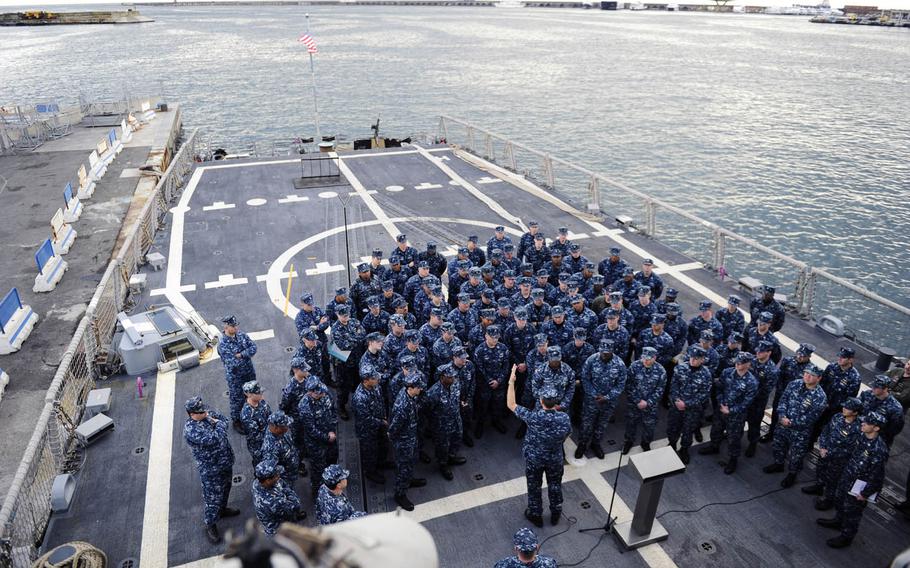 The guided-missile frigate USS Taylor, one of two ships on deployment in the Black Sea, is being inspected for damage after running aground last week as it was preparing to moor in Samsun, Turkey, a spokesman for the U.S. 6th Fleet said Tuesday.

The Taylor was able to moor without further incident, and there were no injuries, said 6th Fleet spokesman Lt. Shawn Eklund.

The incident, which occurred on Feb. 12, is under further investigation, Eklund said.

The Taylor and the USS Mount Whitney, an amphibious command ship and the 6th Fleet flagship, entered the Black Sea on Feb. 4 on what the Navy said was a routine and pre-scheduled deployment to the region.

The Pentagon announced their planned deployment in January, after terrorist groups threatened to disrupt the Olympic Games in Sochi, the resort town on Russia’s Black Sea coast.

Air Force Gen. Philip Breedlove, chief of U.S. European Command, said in an interview with Stars and Stripes earlier this month that the ships would be available to be used as needed, along with other U.S. assets.