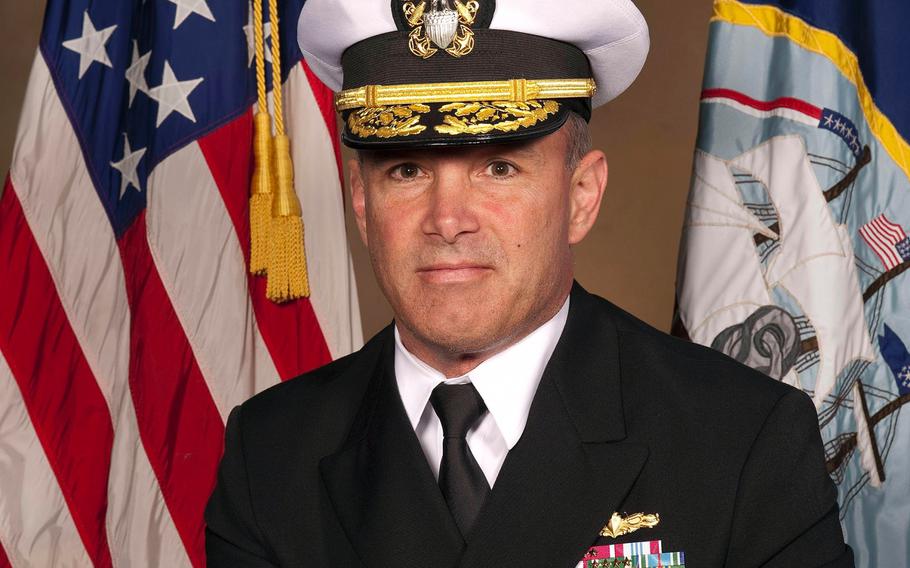 WASHINGTON – Rear Adm. Charles M. Gaouette, who was replaced as commanding officer of the USS Stennis strike group in October while investigators looked into complaints about his leadership and judgment, has received a nonpunitive letter of caution that will likely end his career.

The Navy inspector general began investigating Gaouette after receiving complaints of inappropriate judgment. That investigation led to a nonjudicial hearing, where Gaouette was found not to be in violation of any article of the Uniform Code of Military Justice, according to a Navy official familiar with the case.

But the outcome of the hearing doesn’t mean Gaouette was completely cleared of wrongdoing, the official said, or that his alleged behavior was appropriate for a strike group commander.

The New York Times on Tuesday reported that the commander of the Stennis, Capt. Ronald Reis, filed the initial complaints about Gaouette. The Times also reported that the investigation found Gaouette had used profanity and made racially insensitive remarks.

The chief of naval operations and the secretary of the Navy still must review the investigation’s findings, and they can determine whether Gaouette should be punished further.

Because the review of the case has not been complete, a Navy spokesman, Rear Adm. John Kirby, said he could not comment on any details.

Gaouette served as deputy commander of U.S. Naval Forces at Central Command before assuming command of Carrier Strike Group Three in April 2012. In 2003, he was awarded the Vice Admiral Jamese Bond Stockdale Award for inspirational leadership, according to his official biography.

Gaouette was one of at least 25 Navy commanders removed or replaced in 2012.