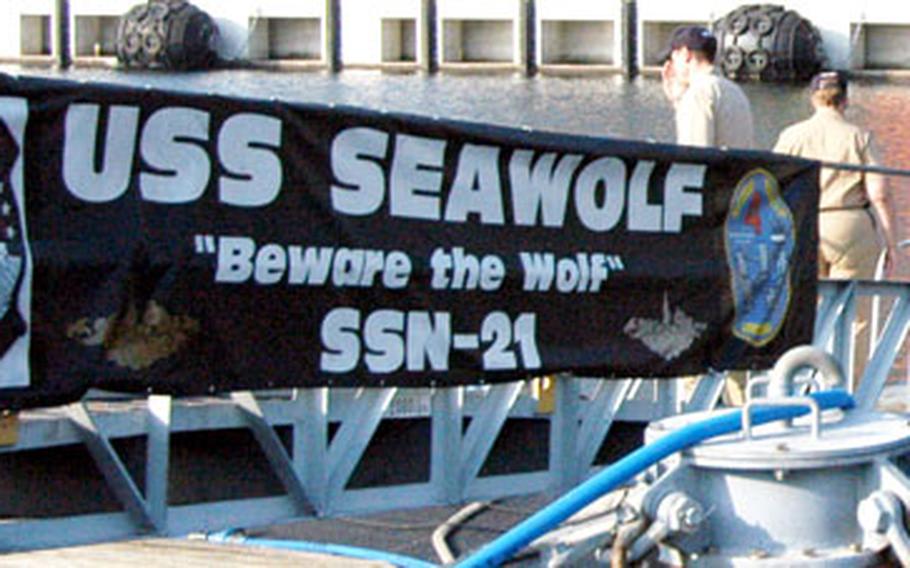 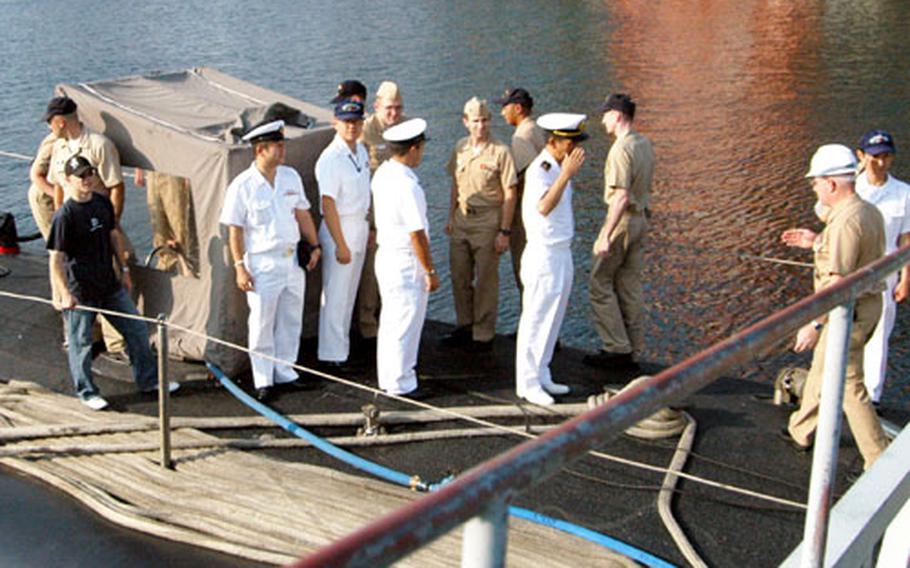 YOKOSUKA NAVAL BASE, Japan &#8212; The USS Seawolf&#8217;s recent stop at Yokosuka Naval Base had interested Americans and Japanese lining up for a look at the nuclear-powered submarine.

Japan Maritime Self Defence Force interest was high in the visit, which marked the first time a Seawolf-class submarine had been to Japan, Lt. Cmdr. Todd Nethercott said Thursday.

The Seawolf is part of Submarine Squadron Four in Groton, Conn. The class has the highest tactical speed of any U.S. submarine and is quieter running at 25 knots than its predecessor, the Los Angeles-class submarine, is at pierside, according to its engineer. The submarine is about 9,000 tons, 353 feet long, has a crew of 133 and is armed with harpoon and Tomahawk missiles and Mk 48 torpedoes. It has eight torpedo tubes.

The Navy once was going to build 29 Seawolf-class submarines but Congress terminated the program after three ships: the Seawolf, USS Connecticut and USS Jimmy Carter. With each costing about $4 billion, the Virginia-class submarines &#8212; longer, lighter, and able to move in shallow water as well as the ocean &#8212; were developed as a cheaper alternative.

The Seawolf was conceptualized during the Cold War to destroy ballistic missiles. Now, following the Soviet Union&#8217;s collapse, the ship has a different mission, said Nethercott.

&#8220;Our role has changed to intelligence, surveillance, and strike vice the Cold War,&#8221; Nethercott said.