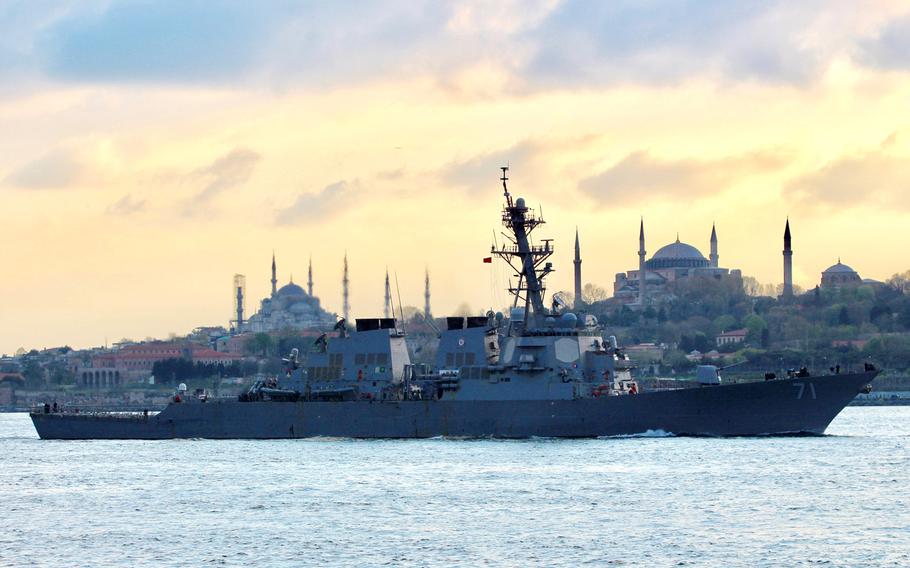 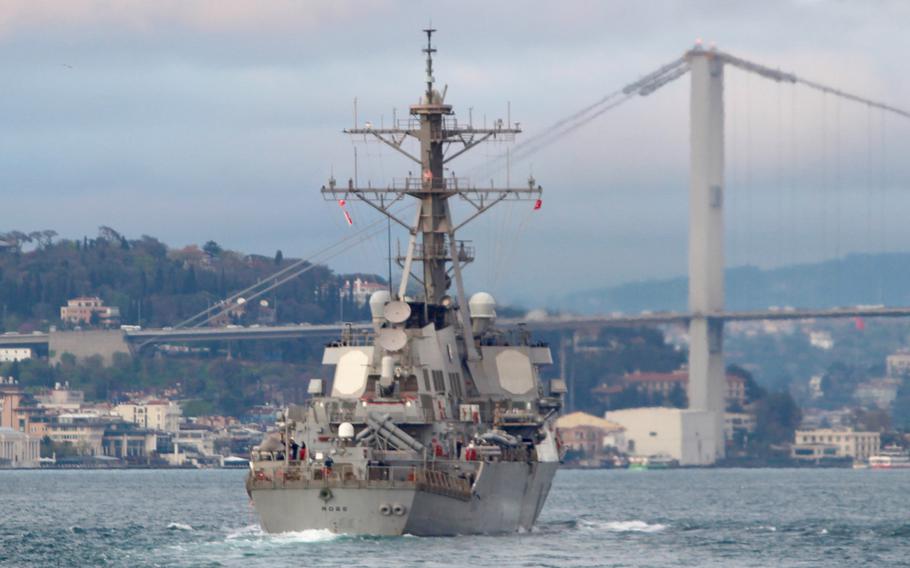 The destroyer USS Ross entered the Black Sea on Sunday night, the fourth time this year the Navy has sent a warship to the region.

In the past year, U.S. and NATO officials have said they will boost their naval presence in the Black Sea in response to Russia becoming more assertive there, especially in the waters near the Crimean Peninsula, which was seized from Ukraine in 2014.

NATO ships spent 120 days in the Black Sea last year, up from 80 in 2017. And the four U.S. warships that operated in the sea this year have already matched last year’s total, not counting large allied exercises like Sea Breeze.

“Our allies in the Black Sea continue to play a key role in maintaining security in the European theater,” Cmdr. Dave Coles, the destroyer’s commanding officer, said in a statement.

The USS Donald Cook, another Arleigh Burke-class destroyer, went to the Black Sea twice this year.

In January, the USS Fort McHenry, a dock landing vessel, was the first U.S. warship to enter the region since Russia seized three Ukrainian vessels last year in the Kerch Strait and imprisoned 24 sailors.

“That is just absolutely wrong, and it’s not the kind of behavior you would expect from a major power,” said Adm. James Foggo, commander of Naval Forces Europe and Africa in a recent podcast. “Russia’s actions to impede maritime transit in a place like the Sea of Azov undermines and destabilizes the Ukraine as well as violates international norms of behavior.”

“We watch very carefully at how the alliance’s plans to increase its presence in the region unfold, and we will react accordingly,” Alexander Grushko, Russian deputy foreign minister, told reporters Saturday. Ships and maritime patrol aircraft of Russia’s Black Sea fleet routinely monitor U.S. and allied warships operating in the region.

Seizing Crimea has enabled Russia to strengthen its shore and sea capabilities in this area and reinforced its proprietary attitude toward the region, Michael Petersen, the Naval War College’s Russia maritime expert, wrote in a January report on the national security website War on the Rocks.

Russia has set up an array of defense systems, such as S-400 surface-to-air missiles, Bastion-P mobile coastal defense missile systems and P-800 Oniks anti-ship missiles, as well as radar that can detect ships almost 300 miles away, Petersen said.

Russia’s Black Sea Fleet suffered through 20 years of decline after the Cold War, but in the past decade has transformed itself into a formidable force that enabled it to intervene effectively in Syria in 2015, Petersen said.