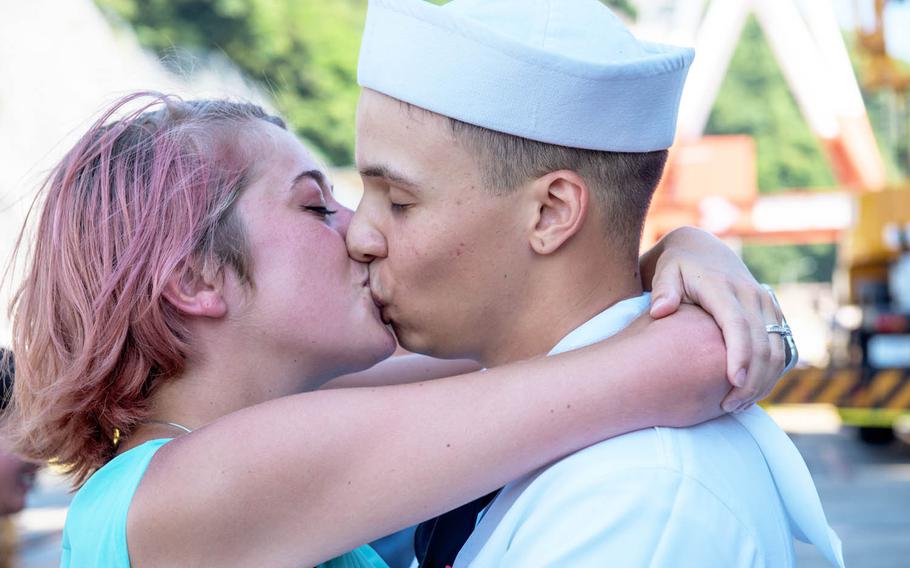 The USS Ronald Reagan is back home at Yokosuka Naval Base, Japan, after a three-month deployment that included dual-carrier operations near the Korean Peninsula and a massive, monthlong exercise in Australia.

“The crew of Ronald Reagan, as well as the carrier strike group, had the opportunity to accomplish a lot this patrol,” Capt. Buzz Donnelly, the ship’s commander, said in a Navy statement issued after the Reagan pulled into port on Tuesday.

The Reagan, along with Carrier Wing 5 aircraft and other warships, left Yokosuka on May 16. Weeks later, the group was operating off the Korean Peninsula alongside the USS Carl Vinson strike group and Japanese forces. The operation marked the largest display yet of naval power in response to North Korean ballistic-missile tests.

Throughout July, the Reagan played a key role in the biennial Talisman Saber exercise, which brought more than 33,000 troops, 26 ships and 200 aircraft together in Australia for high-end warfighting scenarios.

The carrier also hosted more than 60 officers in training for their “summer cruise,” the Navy statement said. Two groups of midshipmen stayed on the Reagan to experience Navy life prior to commissioning as Navy ensigns or Marine lieutenants.

“Being a midshipman on a cruise gives you that experience of peeking through the shades and seeing what the future really does have in store for you,” Lt. Eric Hinz, a Strike Fighter Squadron 2 pilot and former midshipman, said in the statement.

In early July, the Reagan crew conducted a burial at sea for Julius “Harry” Frey, a World War II veteran who served aboard the USS Lexington during the Battle of the Coral Sea in 1942. The ashes of Frey and his wife, Jerry, were scattered in the same waters where the Lexington sank, the Reagan’s official Facebook page said.