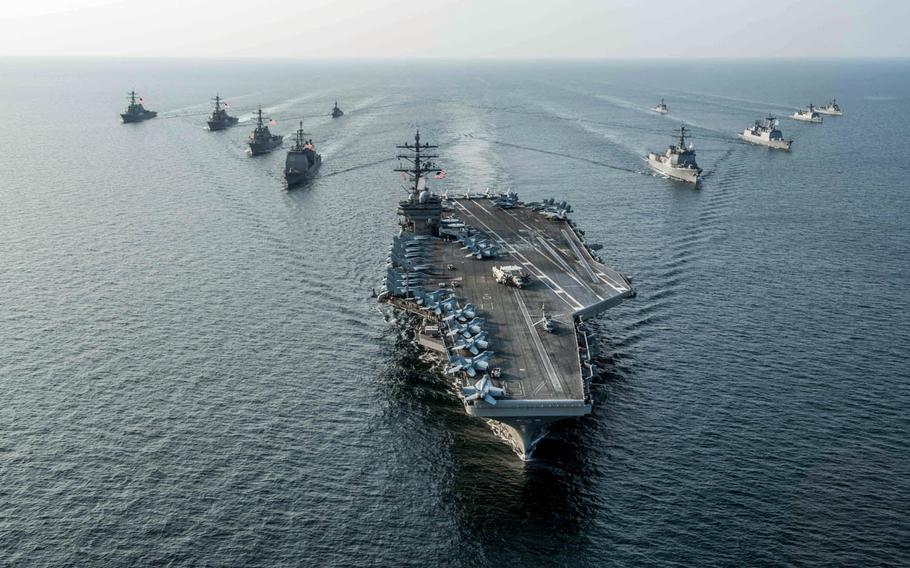 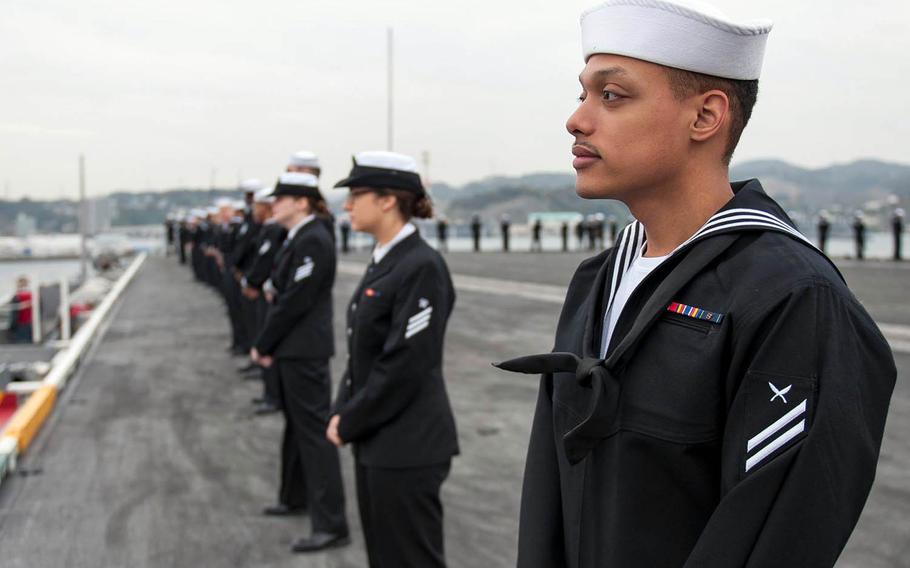 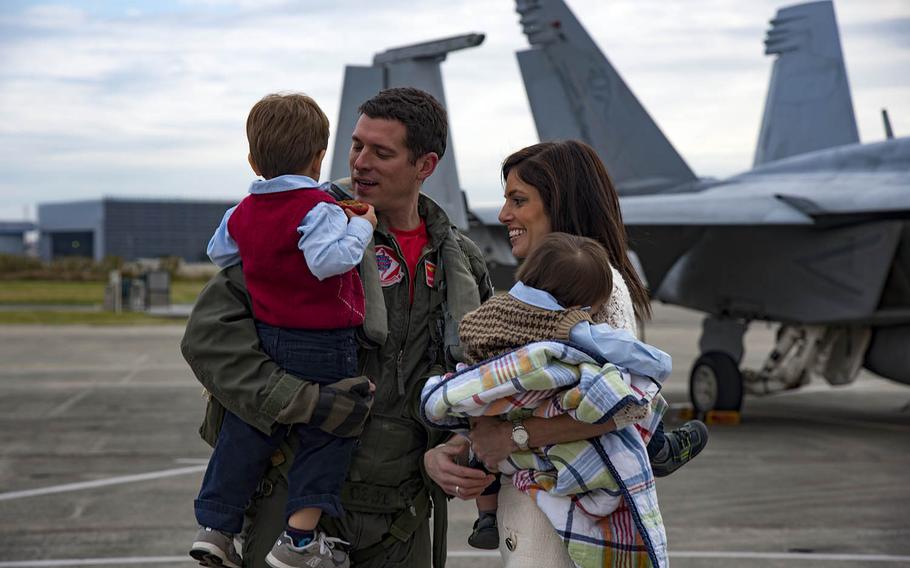 Lt. Cmdr. Chris Keen, a pilot assigned to Carrier Air Wing 5, is greeted by his family at Naval Air Facility Atsugi, Nov. 16, 2016. Keen, along with other pilots from Carrier Air Wing 5, returned home to Atsugi upon the completion of a patrol with the aircraft carrier USS Ronald Reagan. (Ben Farone/U.S. Navy photo)

YOKOSUKA NAVAL BASE, Japan — The USS Ronald Reagan aircraft carrier strike group returned Monday to its homeport of Yokosuka after a three-month patrol in the Western Pacific.

The Reagan, along with aircraft from Carrier Air Wing 5 and several other warships, made port calls and exercised with regional allies and partners.

In September, the strike group joined Valiant Shield, a 12-day exercise in Guam that involved 18,000 personnel and 180 aircraft, practicing sea warfare and amphibious landings with elements of the 31st Marine Expeditionary Unit.

In October, the Reagan traveled to South Korea for Invincible Spirit drills, leading to condemnation from the North, which attempted a failed missile test hours before the ship docked in Busan.

The nuclear-powered Reagan’s visit to the Korean peninsula was a show of force after Pyongyang conducted two underground nuclear tests and fired several missiles in the face of toughened United Nations sanctions and international condemnation.

On the final leg of the patrol, the carrier group joined Keen Sword drills with the Japan Maritime Self-Defense Force near Guam. Sailors completed air- and sea-training scenarios aimed at increasing integration between the two forces.