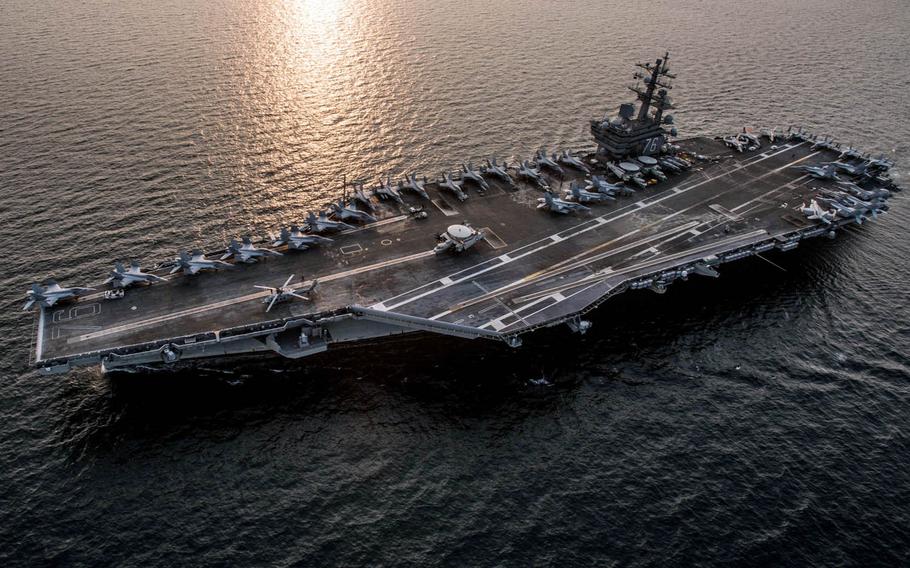 YOKOSUKA NAVAL BASE, Japan — The USS Ronald Reagan’s departure has been delayed due to an unspecified issue aboard the aircraft carrier, Navy officials said Monday.

“While inport Yokosuka and conducting routine pre-underway checks, a material issue was identified that requires repair,” said a Navy statement issued Monday. “There is no impact to the safety of the aircraft carrier.”

The maintenance issue delays the departure of the carrier, its embarked air wing and multiple accompanying ships comprising the carrier strike group.

“Details are still being coordinated and will be dependent upon the length of the repair,” the statement said.

The Ronald Reagan successfully completed sea trials on Friday, Navy officials said. The ship and its air wing also completed carrier landing practice earlier this month at Iwo Jima, which is also known as Iwo To.

The Ronald Reagan Strike Group is embarking on its regularly scheduled patrol at a time of increased tensions in the Asia-Pacific region, as North Korea continues to develop its nuclear weapons program. The San Diego-based USS Carl Vinson strike group’s Asia patrol was extended about a month amid a series of North Korean missile launches and speculation that the communist state could soon conduct a nuclear test.

Meanwhile, China has continued developing and militarizing territory in the South China Sea claimed by several of its neighbors. China has also increased patrols near the Japan-administered Senkaku Islands, which Beijing claims as its territory.