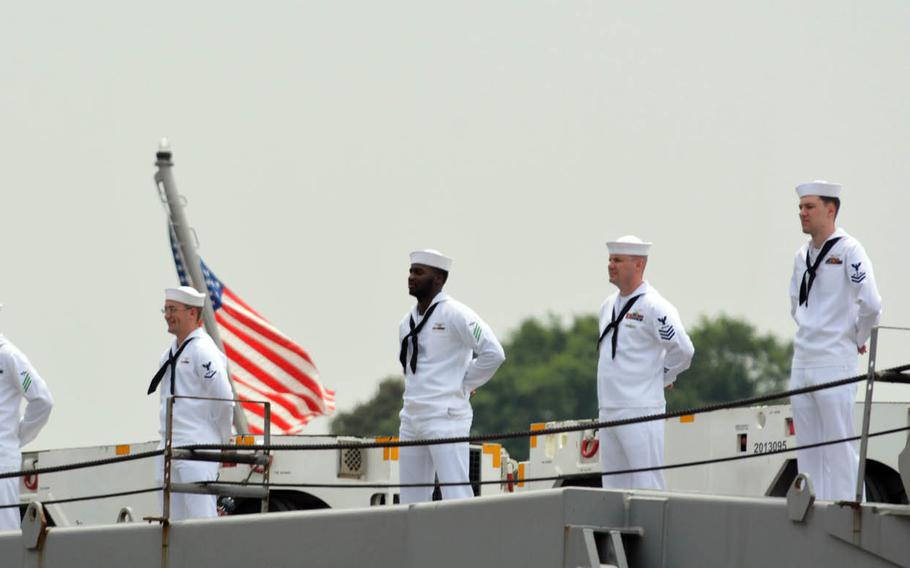 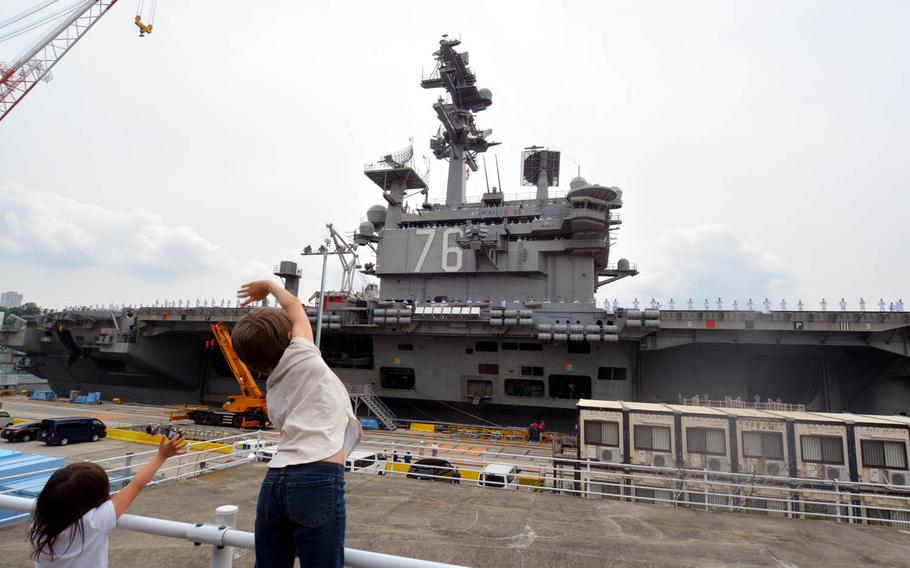 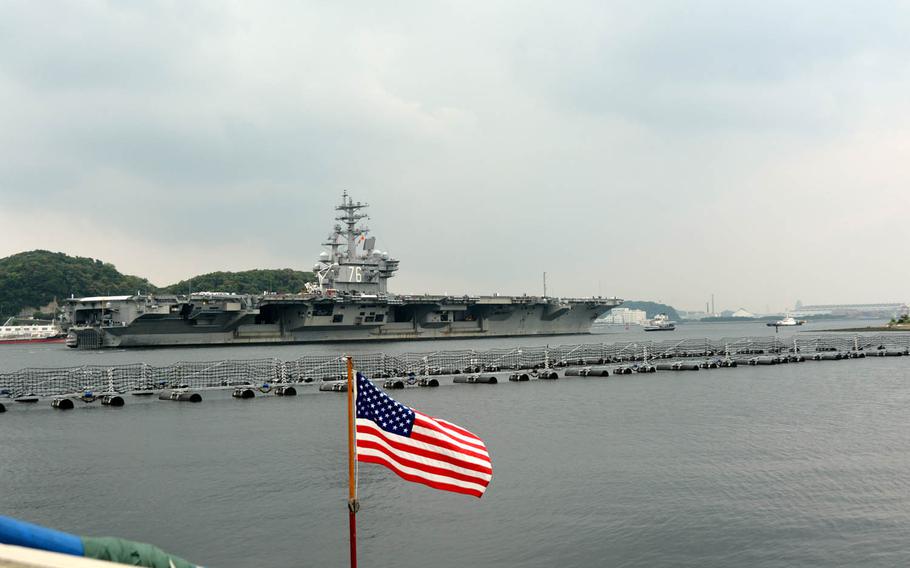 YOKOSUKA NAVAL BASE, Japan – The aircraft carrier USS Ronald Reagan departed its Yokosuka homeport Tuesday for a scheduled patrol of the Asia-Pacific region, amid concerns about North Korea and questions about how the White House will address China’s claims to the South China Sea.

The roughly 5,000 sailors assigned to the ship and its embarked air wing departed a day later than planned due to an unspecified maintenance issue that required repair.

Security analysts will watch for any movements toward the Korean peninsula, where the San Diego-based USS Carl Vinson has kept watch amid a series of North Korean missile launches and speculation that the communist state could soon conduct a nuclear test.

Countries in the region will also watch what actions the Reagan carrier strike group takes near disputed territories in the East and South China seas, some of which have been taken over and militarized by China despite an international ruling that invalidated some of those claims.

What the Reagan strike group does on this deployment will send an important message about the United States’ intentions in the region, said Carl Thayer, a regional security consultant and professor emeritus at the University of New South Wales in Australia.

“Countries in the region are still wanting reassurance that something is replacing the Obama ‘rebalance,’” Thayer said.

The Obama administration considered the Asia-Pacific, where more than $1.2 trillion in U.S. trade transits annually, to be its most important long-term foreign policy priority.

The White House and national security adviser Lt. Gen. H.R. McMaster have stated in recent months that they are conducting a global strategic review. The review will eventually produce a National Security Strategy, a report that defines U.S. interests and goals.

Thus far, President Donald Trump has prioritized a response to North Korea, using the Carl Vinson strike group as muscle to back up calls for the North to end its nuclear weapons and ballistic missile development. Trump has not ruled out military intervention, though administration officials have stated that diplomatic and economic pressure may be the ultimate course of action.

If Reagan deploys toward the Korean peninsula at some point, it will bring with it a formidable ballistic-missile defense escort.

Barring the unforeseen, it is likely that at least some of those ships will transit the South China Sea, where the U.S. has stressed the right to freedom of navigation and overflight in the face of expansive Chinese claims.

China has topped submerged reefs in the South China Sea with more than 3,200 acres of new land, according to the Asia Maritime Transparency Initiative and satellite imagery. The artificial islands – one of which is about the size of Pearl Harbor – include deep ports, long runways, radar and self-propelled artillery.

The Navy has conducted freedom-of-navigation operations to challenge invalid claims under the United Nations Convention on the Law of the Sea, or UNCLOS.

However, it has not yet conducted any such operations under the new administration.

A New York Times report this month said Pacific Command requests for the operations were denied by the Pentagon, though Pacific Fleet senior officials later said that the freedom-of-navigation program remains in place.

China’s artificial islands atop submerged reefs aren’t claimable under UNCLOS and generate, at most, a 500-meter safety zone. However, China considers transit near the islands without notification to be an encroachment on its territory.

Several of China’s claims were invalidated by the Permanent Court of Arbitration last year in a case won by the Philippines, which also claims South China Sea territory. However, China has ignored the ruling and the Philippines has largely shelved it under President Rodrigo Duterte.

With Australia reluctant to get involved in freedom-of-navigation operations, no other force operating in the South China Sea can match China’s sea forces, other than the U.S.

“The longer this arbitral decision is not enforced, it dies in a sense from neglect, and UNCLOS is undermined,” Thayer said.