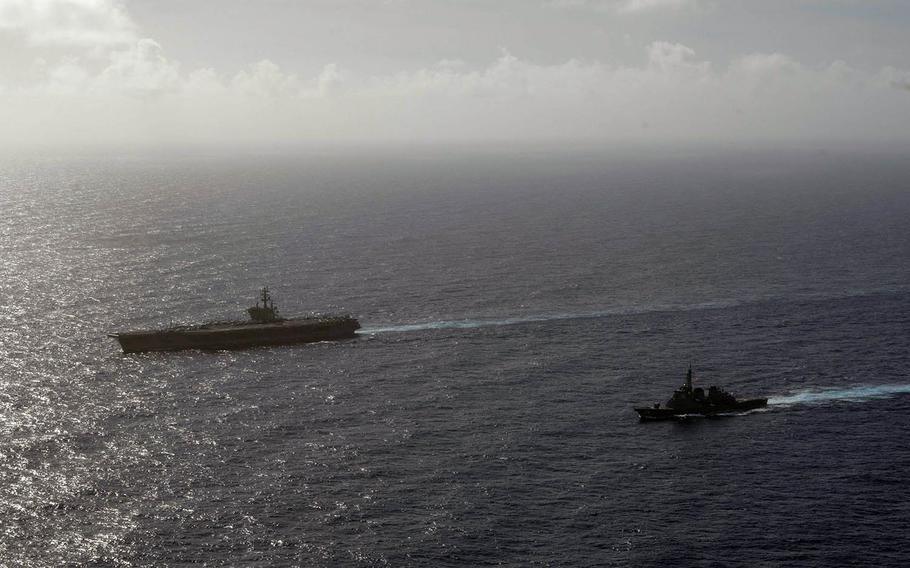 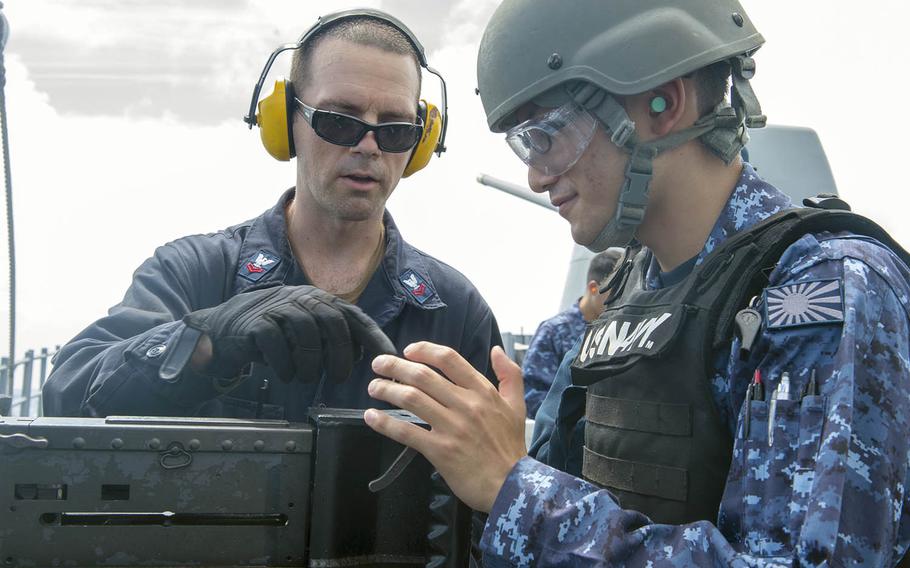 YOKOSUKA NAVAL BASE, Japan — The USS Ronald Reagan aircraft carrier kicked off its second patrol of the year by training with Japan in the Philippine Sea.

The nation’s only forward-deployed carrier — which departed Yokosuka Tuesday with the guided-missile destroyer USS Milius and guided-missile cruiser USS Antietam — had been at its homeport since wrapping up spring patrols on July 24; however, the carrier and other ships in its strike group returned to sea for several days to avoid a pair of typhoons on July 28 and Aug. 9.

On Tuesday, personnel from the Japan Maritime Self-Defense Force destroyer JS Kirishima came aboard the Ronald Reagan and the Antietam for an “air defense exercise, communication evolutions and … support for aircraft squadrons embarked aboard the aircraft carrier,” a Navy statement said.

They also worked to enhance the way the U.S. and Japan services work together and to “improve tactical skills of both maritime forces,” it added. A Navy photo shows a sailor and JMSDF member working together Wednesday during a live-fire exercise aboard the Antietam.

It is unclear how long the deployment will last; Navy officials do not comment on scheduling for security reasons. However, the Ronald Reagan’s previous two months at sea proved to be one of its shorter patrols in recent years.

“We like to operate when we need to and where we need to,” Task Force 70 commander Rear Adm. Karl Thomas told reporters during the carrier’s coming-home celebration late last month. “We don’t talk about future deployments, but the amount of time we were out allowed us to prepare and to train and to conduct exercises.”

Those included Malabar drills in June with India and Japan.