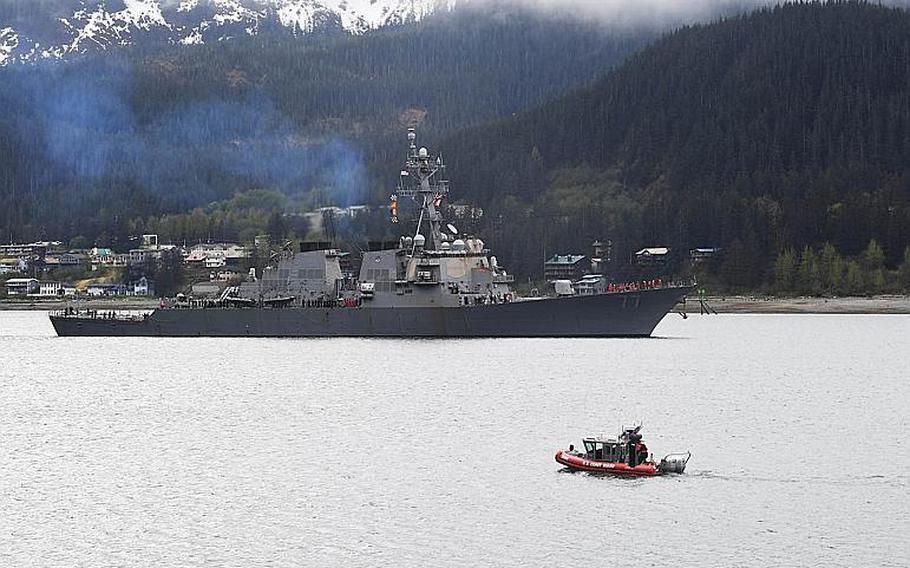 YOKOSUKA NAVAL BASE, Japan — A Hawaii-based destroyer’s upcoming deployment to the 7th Fleet will last longer than planned because of a ship shortage caused by deadly collisions and maintenance issues.

The USS O’Kane, which belongs to the San Diego-based 3rd Fleet, was previously scheduled to deploy to the Western Pacific but will stay in the area longer to provide additional support to the fleet, 7th Fleet spokesman Lt. Paul Newell told Stars and Stripes on Wednesday.

The McCain and Fitzgerald collisions, which killed a total of 17 sailors, were part of a slew of accidents involving U.S. warships in the region this year.

Maintenance issues also have taken a toll on 7th Fleet’s ship inventory. In July, Navy officials announced that the destroyer USS Milius’ forward deployment to Japan had been pushed to 2018 despite a need for additional ships in the busy Asia-Pacific region. Naval Surface Forces delayed the Milius’ arrival to complete its maintenance and modernization.

“I am concerned about the number of ships that we have out here,” Pacific Fleet Commander Adm. Scott Swift said in an interview with Stars and Stripes on June 26, prior to the McCain collision. “Milius was coming out to help get us down to the [operations] tempo that we can really sustain. We’ve got such an incredible amount of work out here that I need Milius plus another ship.”

The O’Kane deployment extension comes at a time when the 7th Fleet is grappling with a high operational tempo, a fact that some attribute as partly to blame for the recent mishaps in the Pacific.

Seventh Fleet Commander Vice Adm. Phil Sawyer, who took charge of the fleet in August after his predecessor was relieved for the incidents, told Singapore media last week that the 7th Fleet’s operational demands were so high that training and preparation suffered, The Straits Times reported.

Sawyer added that even if he had the entire Navy’s assets he “still would not be able to do all the things that everybody would want me to do,” and that as commander he would “prioritize those and execute those things that we can execute.”