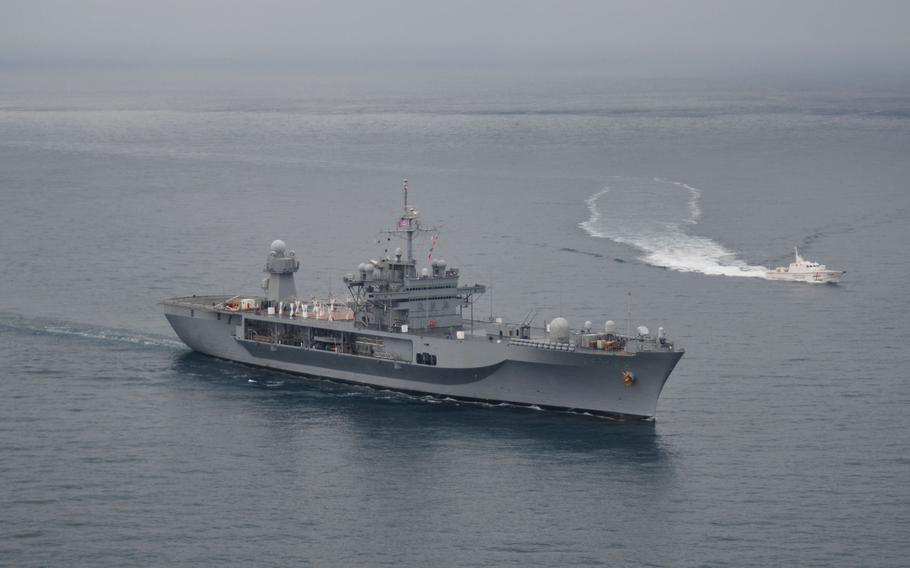 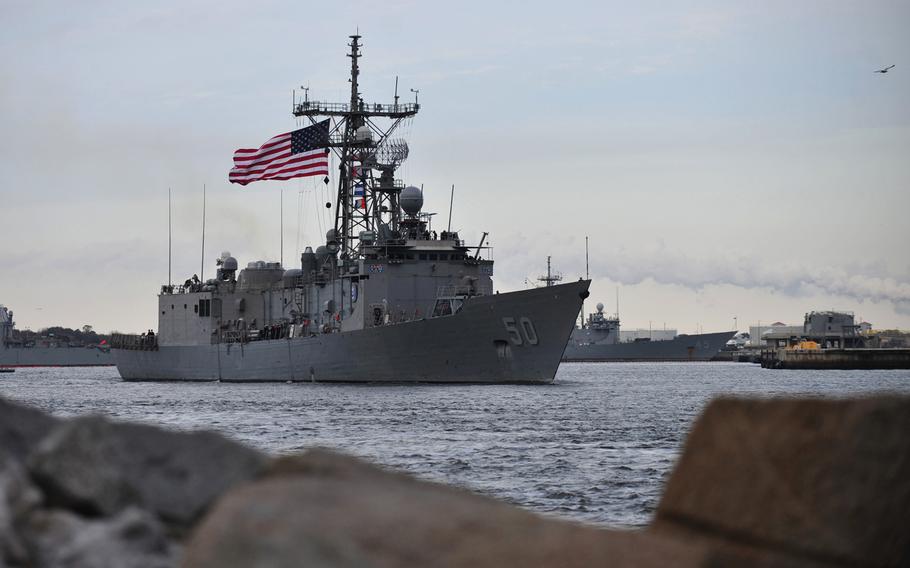 The guided-missile frigate USS Taylor departed Naval Station Mayport, Fla., on Jan. 8, 2014, for a seven-month deployment to the U.S. 5th and 6th Fleet areas of responsibility. This is Taylor's final deployment as the ship is scheduled to be decommissioned in 2015. (Marcus L. Stanley/U.S. Navy)

NAPLES, Italy — A pair of Navy ships has entered the Black Sea, where the top U.S. commander in Europe has said they will be available to respond to any emergencies arising from the Winter Olympic games in Sochi.

The USS Mount Whitney, an amphibious command ship, and the USS Taylor, a guided-missile frigate, arrived Tuesday on a routine and pre-scheduled deployment to the region, a U.S. Navy release said.

The Pentagon announced their planned deployment to the region in January, after terrorist groups threatened to disrupt the Olympic Games in the resort town on Russia’s Black Sea coast. The events begin Friday and run through Feb. 23.

Air Force Gen. Philip Breedlove, chief of U.S. European Command, said in an interview with Stars and Stripes on Saturday that one of the ships would offer command-and-control ability, a role seemingly filled by the Mount Whitney, the flagship of the U.S. 6th Fleet in Europe.

The military will have assets that can be deployed for medical operations in Sochi, should there be a demand for such support, Breedlove said.

“We will have the capability to respond medically with airlift if it is required,” Breedlove said. “We will require cooperation with Russia to be able to land those aircraft.”

The ships total roughly 500 sailors together, and both have helicopter pads.

Fears over the safety of athletes have increased in recent months following suicide attacks in the city of Volgograd in December and a series of threats against athletes competing in the games, prompting Russia to impose heavy security measures in and around Sochi. Russian and U.S. officials have discussed sharing information on countering improvised explosive devices, and the FBI reported it would send at least two dozen agents to the games.

American athletes will be escorted by diplomatic security, according to the State Department.