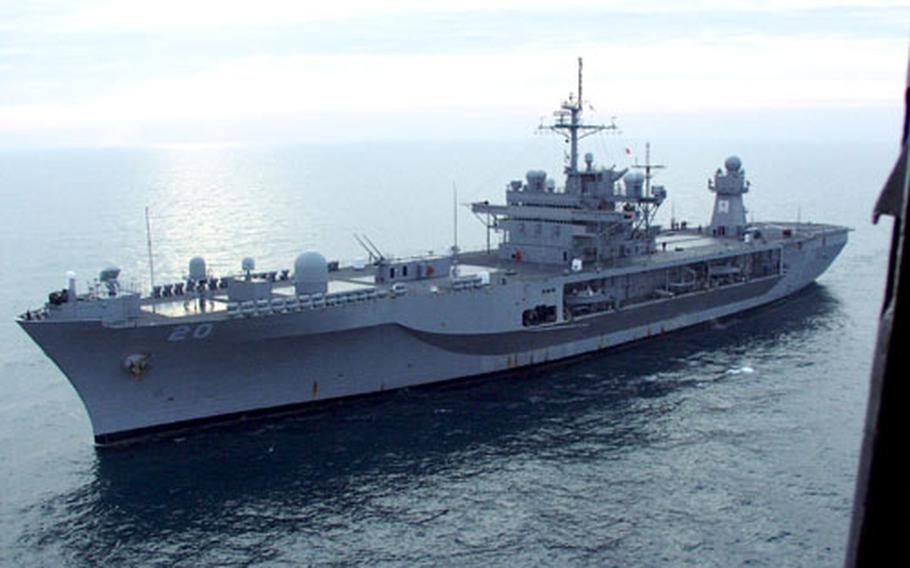 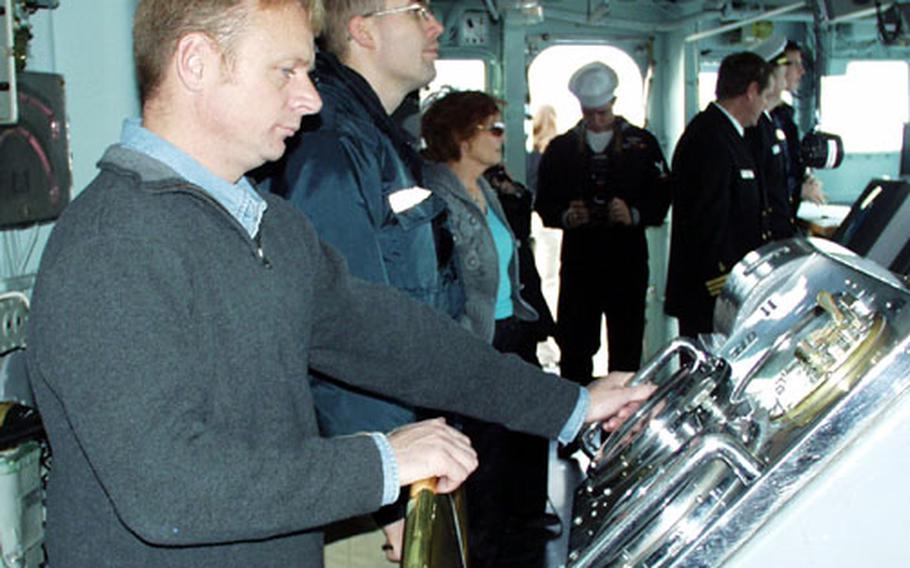 About 45 percent of the USS Mount Whitney’s crew are civilian mariners from Military Sealift Command, including Jim Tymon, manning the helm of the Mount Whitney as it pulls into port Tuesday at Gaeta, Italy. (Sandra Jontz / S&S)

GAETA, Italy &#8212; USS Mount Whitney sailors manned the rails in a bitter chill Tuesday morning as the 6th Fleet&#8217;s new flagship slowly glided into the picturesque and aged port, a stark contrast to its former home.

For many of its 34 years, the Mount Whitney served as the 2nd Fleet flagship, on the other side of the globe in Norfolk, Va. Two weeks ago, it set sail for Italy to replace the USS La Salle.

In October, the Mount Whitney converted to a Military Sealift Command USNS ship, but because it is commanded by a U.S. Navy captain, it retains its USS designation.

Technology for the most part lessened the number of sailors needed to operate the amphibious command ship, Wode said.

In Gaeta, an Italian coastal city halfway between Rome and Naples, the Mount Whitney will provide command and control capabilities not just to 6th Fleet, but NATO forces in Europe, said Rear Adm. Noel Preston, director of Navy European Programs, Resources and Support. It also will be used for several joint operations and training missions.

She and about 50 others will be &#8220;cross-decking&#8221; with the La Salle, meaning they made the two-week journey across the Atlantic on the Mount Whitney only to ship back to the States in another few weeks aboard the La Salle.

But Davis likes the idea.

The official flagship turnover ceremony is Feb. 25 in Gaeta, followed by change of command ceremony in which Wode will turn over the ship to Capt. Ladd Wheeler.