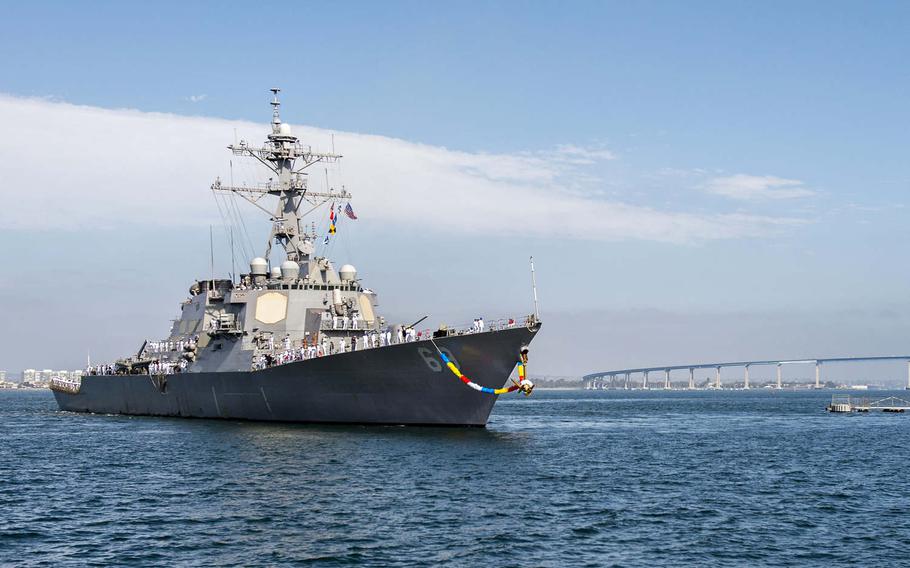 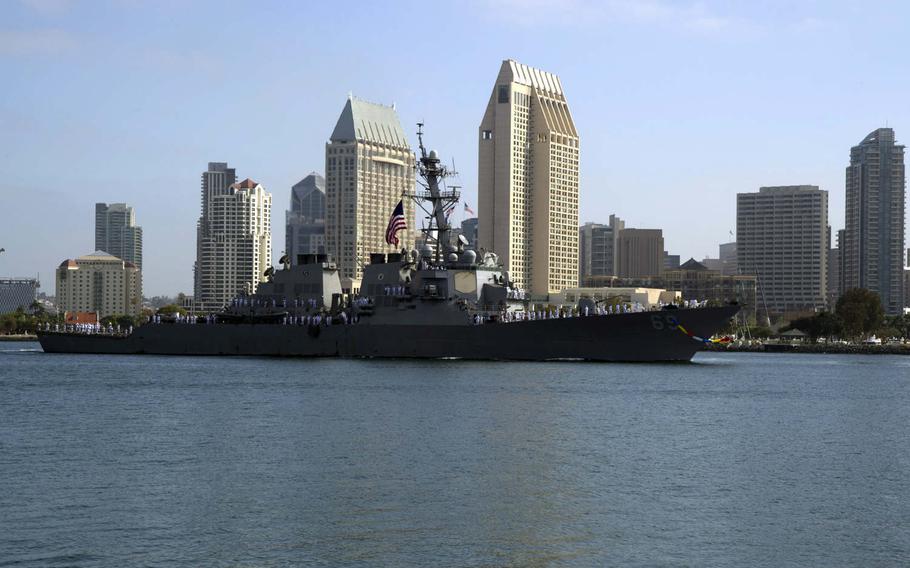 The USS Milius returns from a 250-day independent deployment to the Western Pacific and Indian Oceans June 26, 2015. (U.S. Navy)

YOKOSUKA NAVAL BASE, Japan — The destroyer USS Milius’ forward deployment to Japan has been pushed back to 2018, despite a need for additional ships in the busy Asia-Pacific region.

USS Milius, originally scheduled to arrive this summer, was rescheduled so the ship can undergo additional testing and certification, the Navy said Thursday in a statement. Naval Surface Forces delayed the ship’s arrival to complete the ship’s maintenance and modernization.

The announcement comes at a time when 7th Fleet is already down a destroyer. The USS Fitzgerald has been undergoing extensive repairs since a June 17 collision with a cargo ship killed seven sailors and severely damaged the ship.

“I am concerned about the number of ships that we have out here,” Pacific Fleet Commander Adm. Scott Swift said in an interview with Stars and Stripes on June 26. “Milius was coming out to help get us down to the [operations] tempo that we can really sustain. We’ve got such an incredible amount of work out here that I need Milius plus another ship to backfill behind Fitzgerald.”

Swift is looking for a ship to take over for Fitzgerald and is considering vessels outside the 7th Fleet, he said during the interview. He said he has two candidates in mind but declined to name them.

The San Diego-based Milius, commissioned in 1996, is undergoing a modernization process that will outfit it with the Aegis Baseline 9 combat system. Yokosuka-based destroyers USS Barry and USS Benfold have the same system.