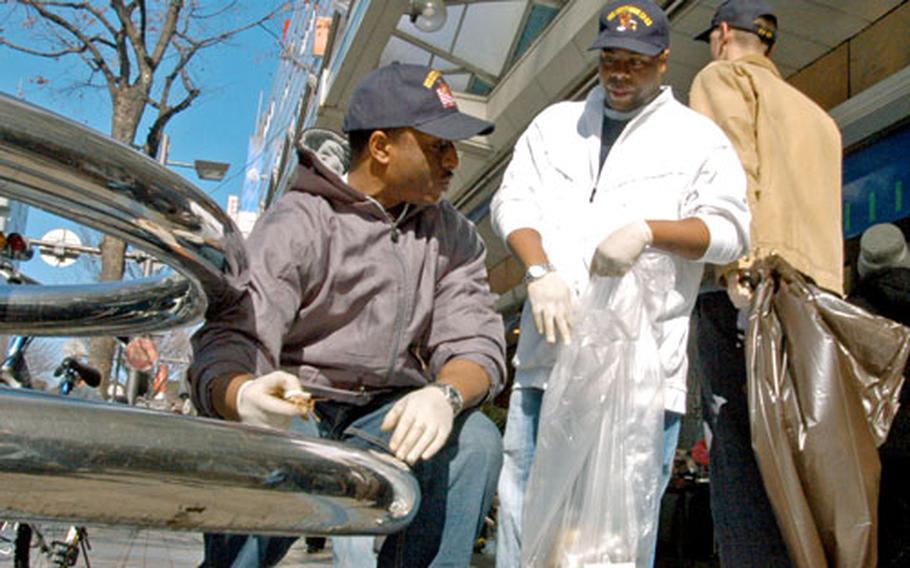 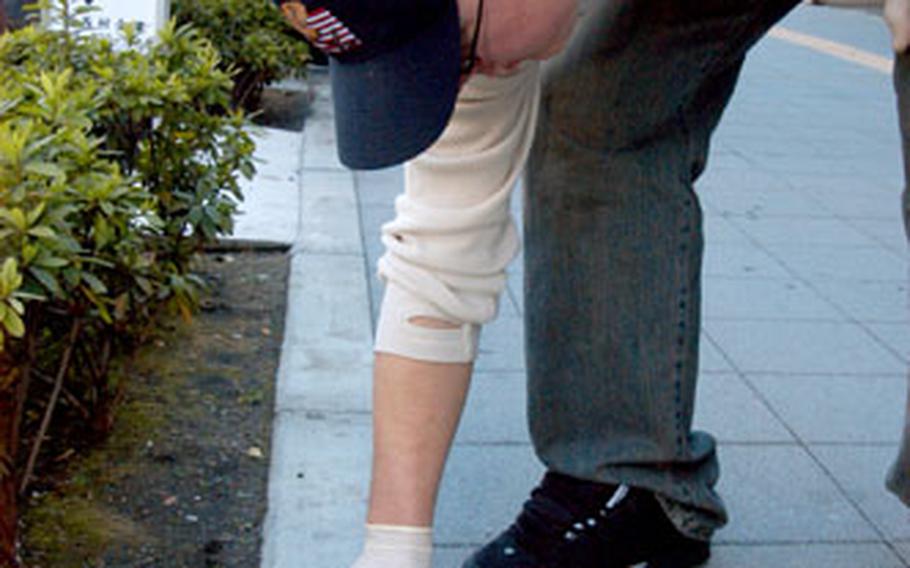 USS Kitty Hawk airman Jesse Fowler picks up litter outside Yokosuka Naval Base on Friday. This was the first of several clean-up projects planned for the aircraft carrier personnel in the Yokosuka area. (Allison Batdorff / S&S) 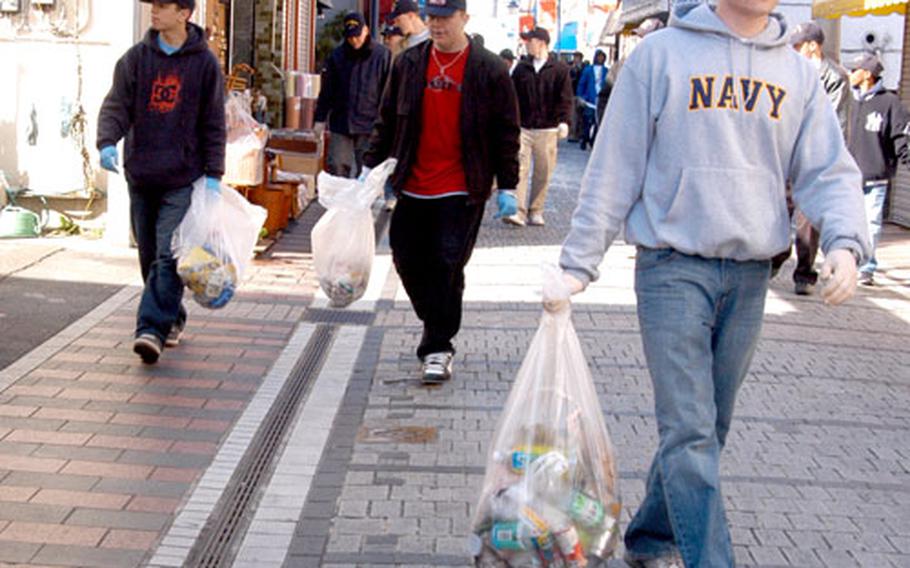 Volunteers from the USS Kitty Hawk have pledged to pick up trash twice monthly in the area around Yokosuka Naval Base. (Allison Batdorff / S&S) 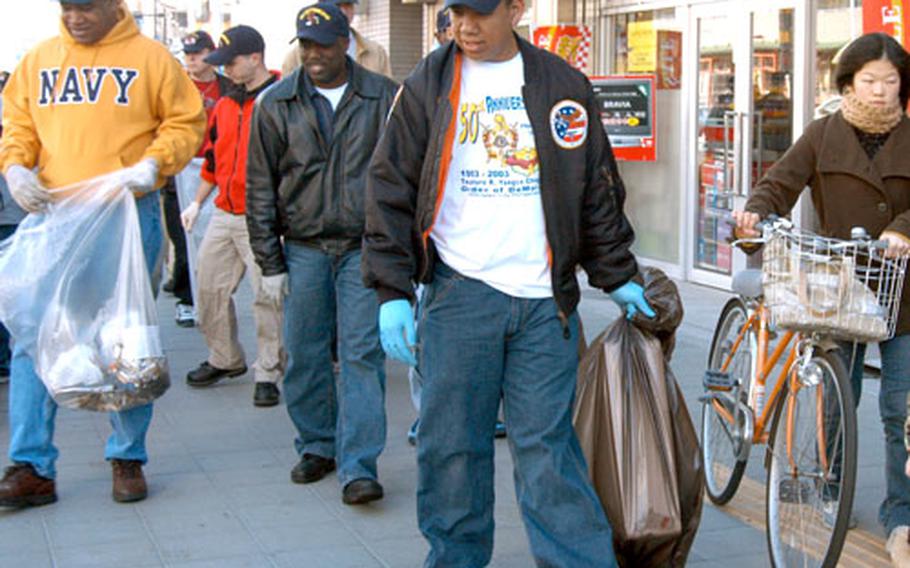 U.S. Navy personnel from the USS Kitty Hawk hit the streets in Yokosuka’s Honch nightlife district on Friday morning to perform the first of severval clean-ups planned for the area. (Allison Batdorff / S&S)

YOKOSUKA NAVAL BASE, Japan &#8212; Willie Williams was fishing cigarette butts from cracks in the Yokosuka City sidewalk Friday when an elderly Japanese woman thanked him &#8212; in English.

This &#8220;highly visible&#8221; effort is hoped to ease some of the recent tension between Yokosuka residents and the U.S. Navy after the Jan. 3 robbery and killing of a 56-year-old Yokosuka woman, allegedly at the hands of a Kitty Hawk airman, said Kitty Hawk Airman Miguel Liera.

They also took a turn down Dobuita Dori, which forms the backbone of the &#8220;Honch&#8221; nightlife district, a popular spot among base personnel.

It was Kitty Hawk chaplain Michael Schutz&#8217;s idea to clean up the Honch, as it can be a place where sailors get into trouble, he said. But the most important part of the project is visibility, he added.

For his part, Airman Carlos Orona says they accomplished something Friday that you can&#8217;t fit into a garbage bag.