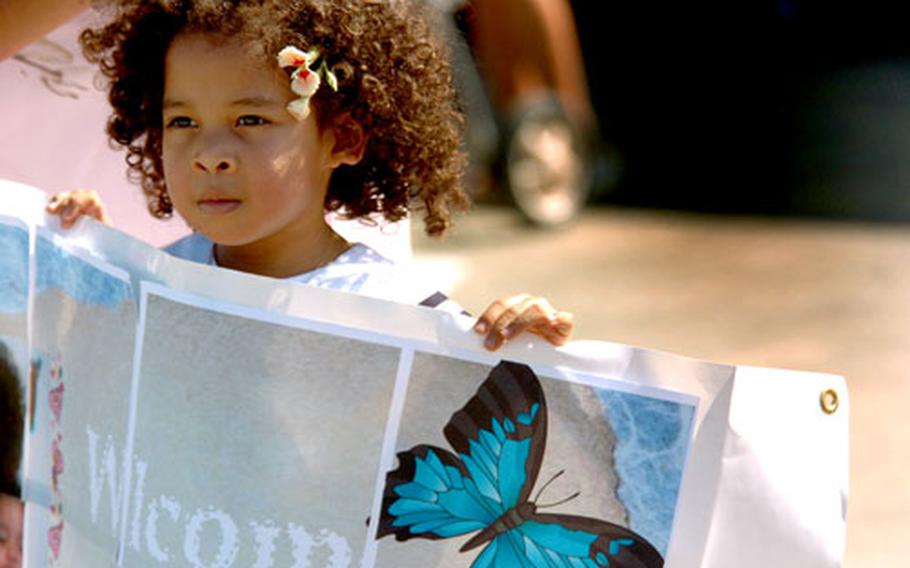 A little girl waits on a hot summer pier Saturday at Yokosuka Naval Base for her dad to step off the USS Kitty Hawk. The carrier returned after a 90-day deployment. (Christopher B. Stoltz / S&S)

A little girl waits on a hot summer pier Saturday at Yokosuka Naval Base for her dad to step off the USS Kitty Hawk. The carrier returned after a 90-day deployment. (Christopher B. Stoltz / S&S) 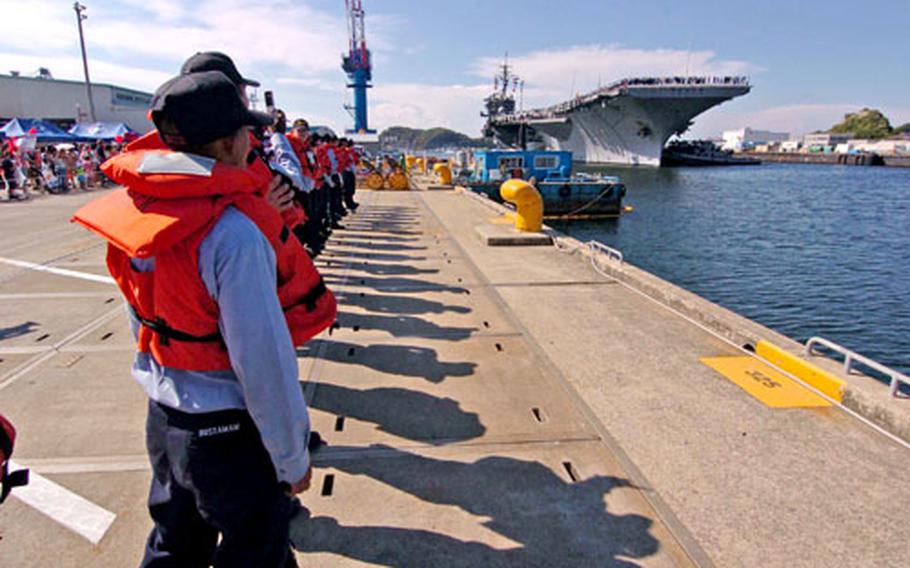 Sailors waiting to board the USS Kitty Hawk first help by mooring the ship to the pier. (Christopher B. Stoltz / S&S) 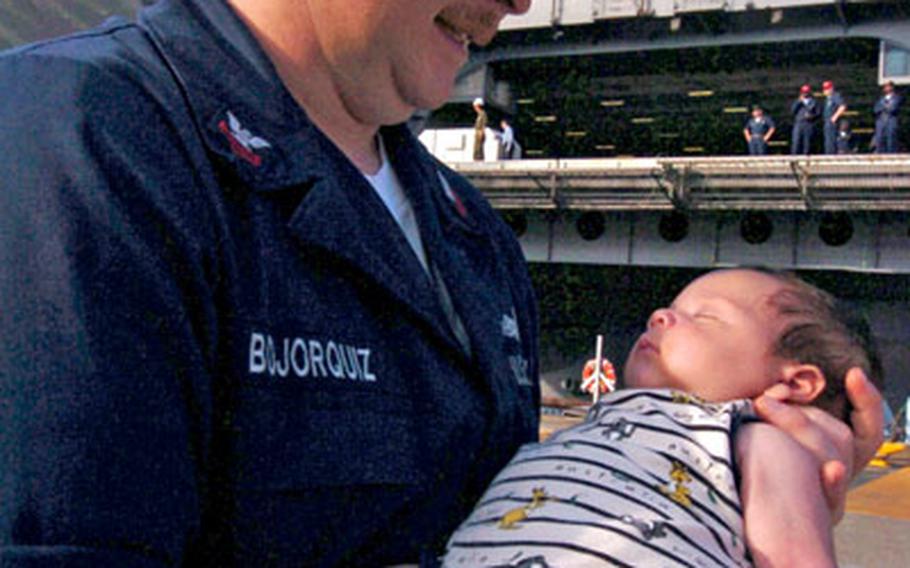 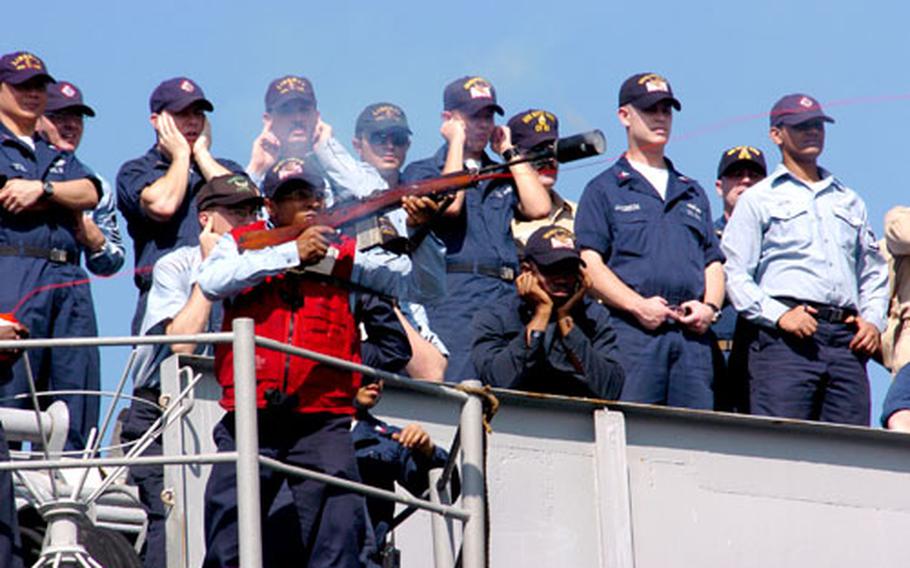 A gunner’s mate aboard the USS Kitty Hawk fires the messenger line to the aircraft carrier’s pier for mooring Saturday. (Christopher B. Stoltz / S&S) YOKOSUKA NAVAL BASE, Japan &#8212; On one of the summer&#8217;s most clear days, the USS Kitty Hawk steamed into view as it approached its pier at Yokosuka, returning home after 90 days at sea to cheers of families and friends.

Ashore there were welcoming balloons and banners everywhere.

Te&#8217;a Christiansen, 8, planned to scream and give her father a big hug. She said she couldn&#8217;t wait for the toys from Guam and Australia her dad, Petty Officer 1st Class Harold Christiansen, was sure to bring.

Hundreds of families like the Christiansens waited in the heat Saturday afternoon as the ship moored and the first trickle of sailors disembarked.

Their daughter Ally Dehring planned to tell her father how much she missed him before heading off to the pool and hopefully the park with him, she said. Linda planned a shrimp dinner at her husband&#8217;s request, to accompany all the souvenirs James told them he was bringing home.

During its three months under way, the strike group visited Australia and Guam, and participated in the exercises Talisman Saber, Orange Crush and Joint Air and Sea Exercise.

After stepping on land as the carrier&#8217;s latest commanding officer, Capt. Ed McNamee said it was a beautifully clear day sailing back to Yokosuka.

The trip took the ships and planes under his command across nearly the entire 7th Fleet area, he said.

But despite the good trip, new dad Petty Officer Troy Bojorquiz was glad to be home. He was one of the first off the ship to meet his wife Lisa and 6-week-old son, Jared.

He met Jared the day his son was born, July 8, arriving back to Yokosuka five hours before his wife&#8217;s difficult birth, he said.

The visit was brief, though. Bojorquiz had a few minutes to see his wife and baby before returning to the ship for duty.