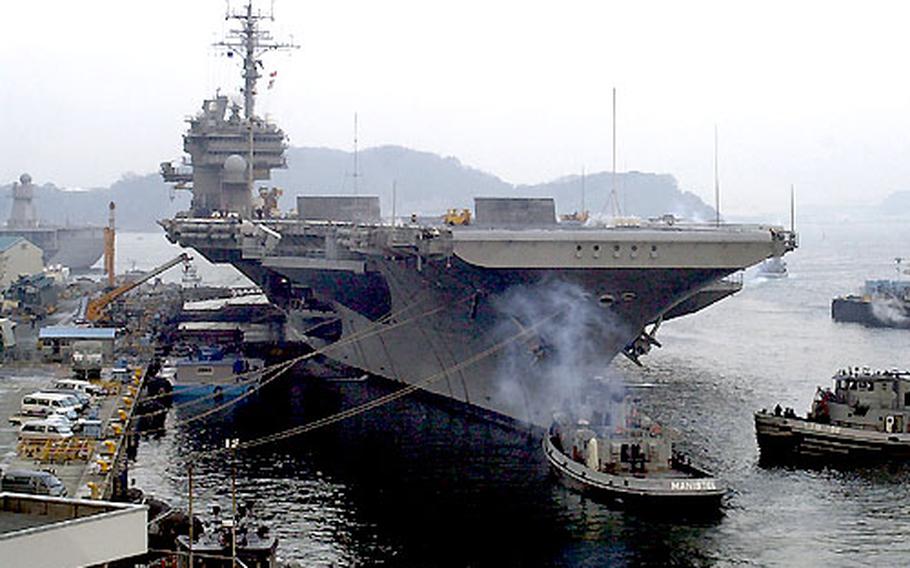 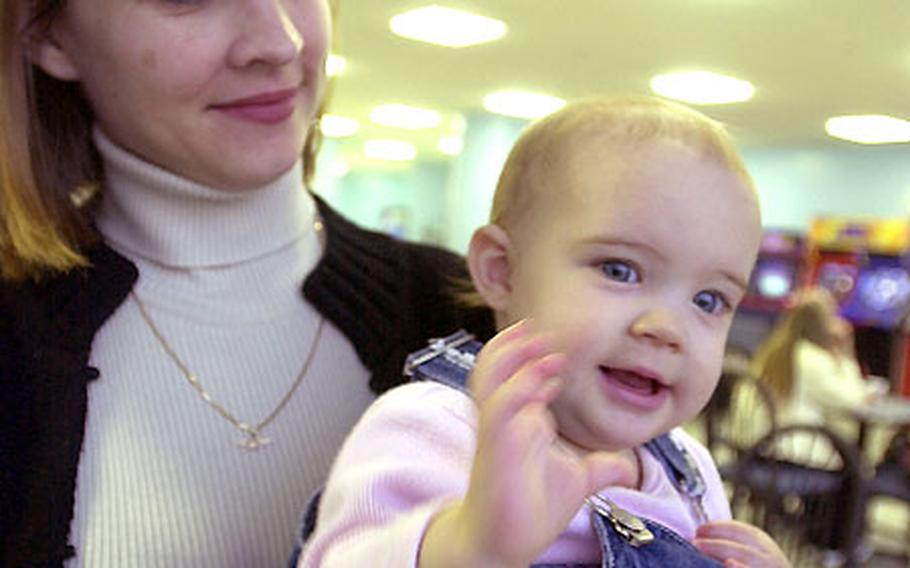 YOKOSUKA NAVAL BASE, Japan &#8212; With a possible war on the horizon, the USS Kitty Hawk pulled out of port Monday morning for the brief test cruise that almost always precedes a major deployment.

Sailors and family members said the ship will be out for a few days to test some of its systems before returning for a brief period. Later this week, it&#8217;s expected to head to sea for a mission sailors have been told could last months.

The question on everyone&#8217;s minds: Where is the aircraft carrier headed? Will it be part of a possible action against Iraq? Or is it simply hanging around the Pacific to &#8220;show the flag&#8221; in the crisis with North Korea?

But privately, some Navy officials say a trip to the Persian Gulf is just as likely as a mission in the Western Pacific.

One recent report by The Associated Press said the Pentagon was &#8220;almost certain&#8221; to approve a five-carrier force, including the Kitty Hawk, in an attack on Iraq.

In that scenario, the USS Carl Vinson would take over the Kitty Hawk&#8217;s duties in the Western Pacific.

Local Navy officials declined to comment on that report. However, they did say that once the ship gets further under way and its mission becomes known, more information would be made available.

But on the waterfront, before the Kitty Hawk pulled out, sailors willingly fired off their opinions.

Countered Seaman Charles Bennett: &#8220;Which would you rather do? Sit on the sidelines here and watch like everyone else? I think that most of the crew would want to do what they signed up for, which is fight for and protect the country. If it means being away from home for a while, then I guess that is the way it has to be.&#8221;

In either case, families again will be coping with the absence of crewmembers.

&#8220;Maybe it&#8217;s not knowing how long you&#8217;ll be able to stay in contact with them,&#8221; she said, expressing concern that e-mail service could be curtailed or unavailable at certain times during the deployment.

Experts in Asian affairs say the current North Korean situation complicates what the U.S. Navy may plan for the Kitty Hawk.

&#8220;This is all speculation, obviously, but taking the Kitty Hawk out of the Western Pacific would send a sure signal to Pyongyang that the U.S. isn&#8217;t interested in a first strike,&#8221; said Sheila Smith, a fellow and Asia regional security expert at the East-West Center in Hawaii.

But, Smith said, any messages being sent likely are being transmitted at a different level.

&#8220;The signals are political, not necessarily ship movements,&#8221; she said. &#8220;But the alliances we have, with Tokyo and Seoul, make it more difficult. A policy of pre-emption &#8212; and this is the difference from Iraq &#8212; is almost unthinkable in this case. The potential fallout, literally, would be Seoul.

&#8220;The best thing for Pyongyang is for Washington, Tokyo and Seoul to have different intentions.&#8221;

Kitty Hawk family members have their own worries.