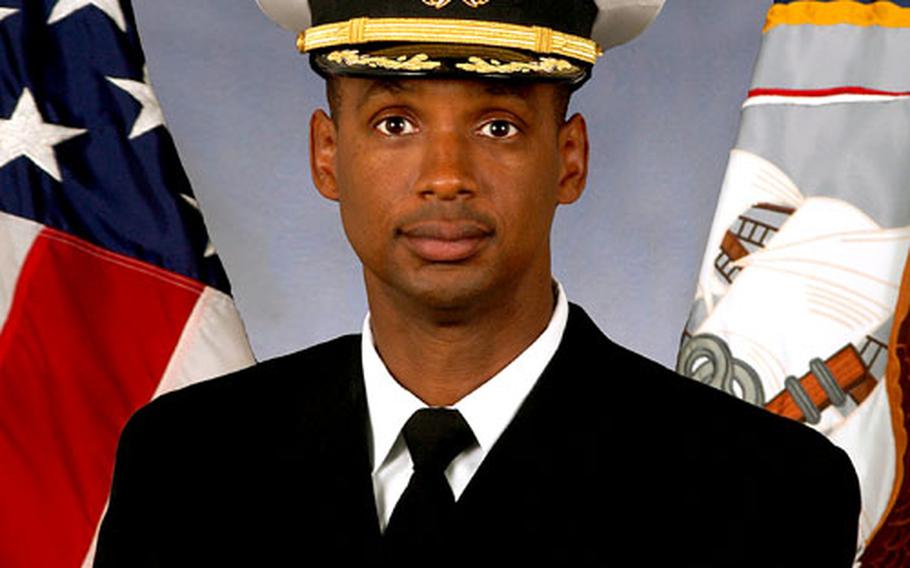 A USS Juneau officer is a winner of the Department of Defense African-American History Award for exceptional performance and dedication to service and country.

Cmdr. Todd A. Lewis, Juneau&#8217;s executive officer, received praise from the Juneau&#8217;s commanding officer for his selection this month in conjunction with the 80th observance of African-American History Month.

The amphibious transport dock ship currently is under way. Capt. Ronald Horton, commanding officer, stated in a Navy news report that Lewis has served his nation with &#8220;brilliance and distinction.

&#8220;He has keenly led a forward-deployed warship through an arduous operational schedule in support of Operations Iraqi and Enduring Freedom,&#8221; Horton stated.

The Juneau is part of Task Force 50, now operating in the Persian Gulf in support of the operation in Iraq.

&#8220;It is indeed an honor and a privilege to have been selected out of so many fine Americans serving in our Navy,&#8221; Lewis stated in the report.

The Juneau is part of the Essex Amphibious Ready Group operating from Sasebo Naval Base, Japan.