USS Houston arrives at its new home on Guam 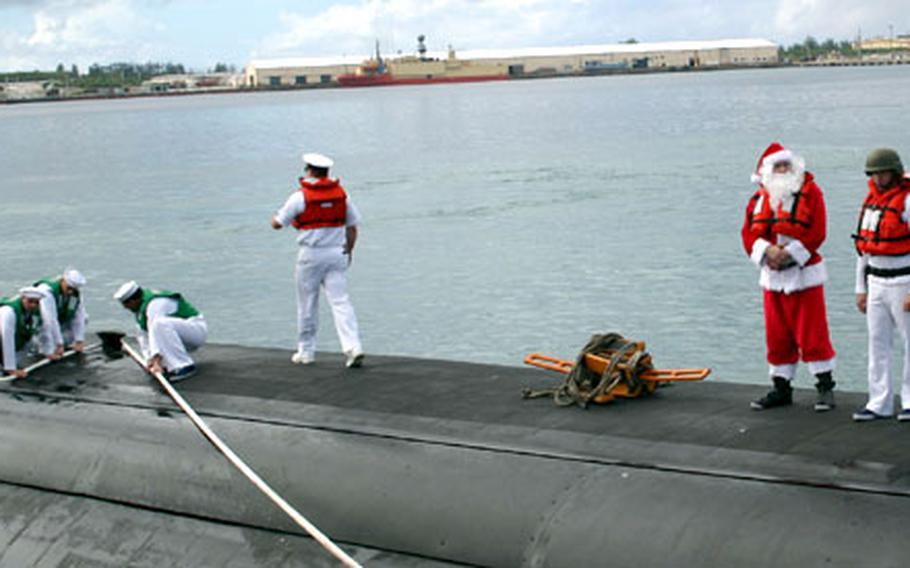 Santa — wearing a regulation life vest, of course — stands topside as the USS Houston pulls into its new permanent base on Guam. (Frank Whitman / Special to S&S)

Santa — wearing a regulation life vest, of course — stands topside as the USS Houston pulls into its new permanent base on Guam. (Frank Whitman / Special to S&S) 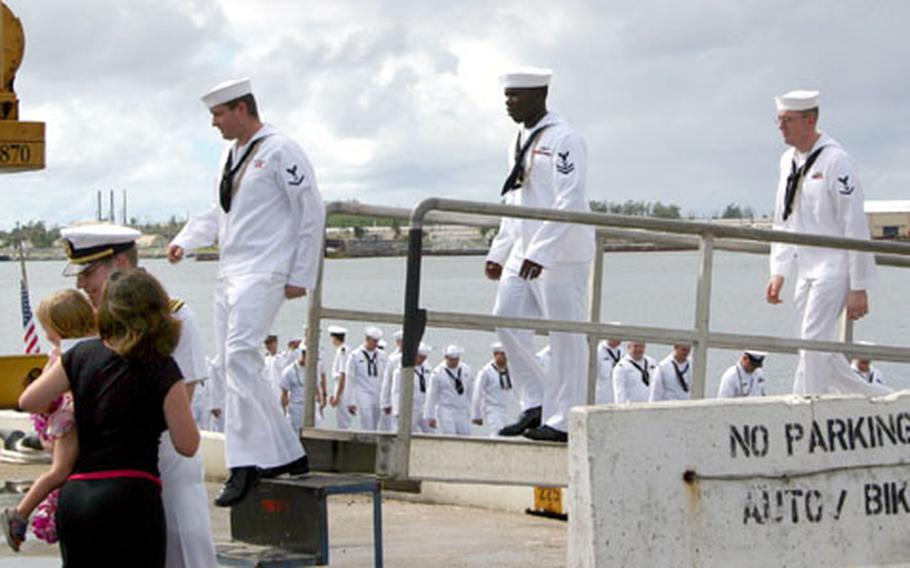 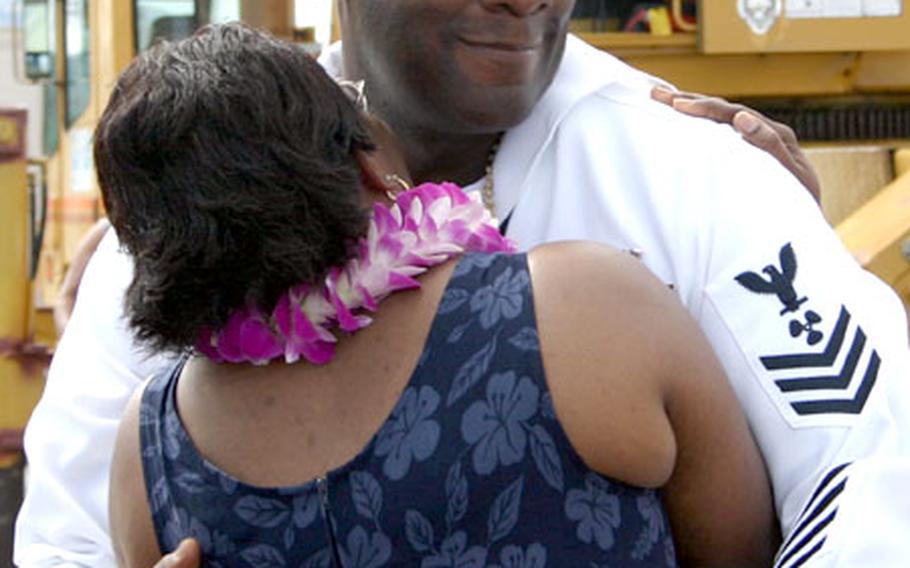 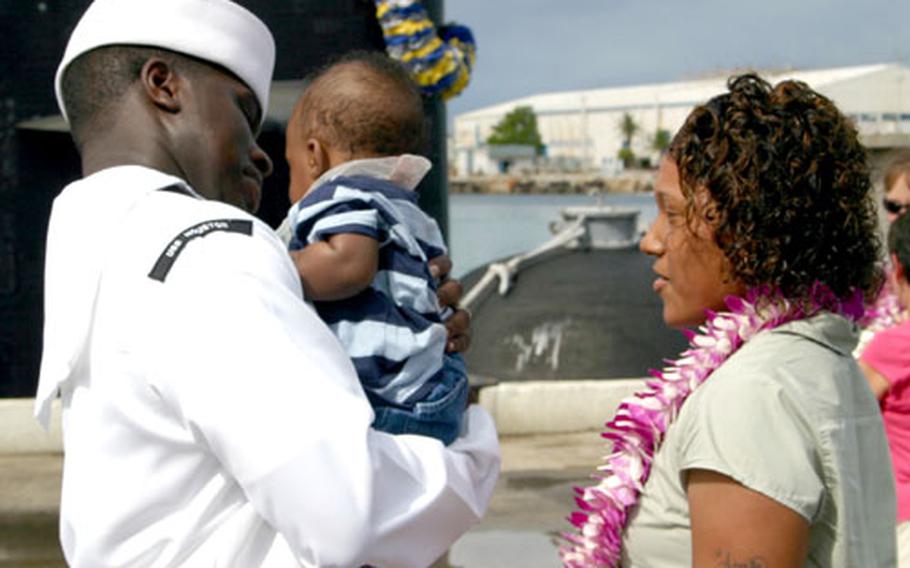 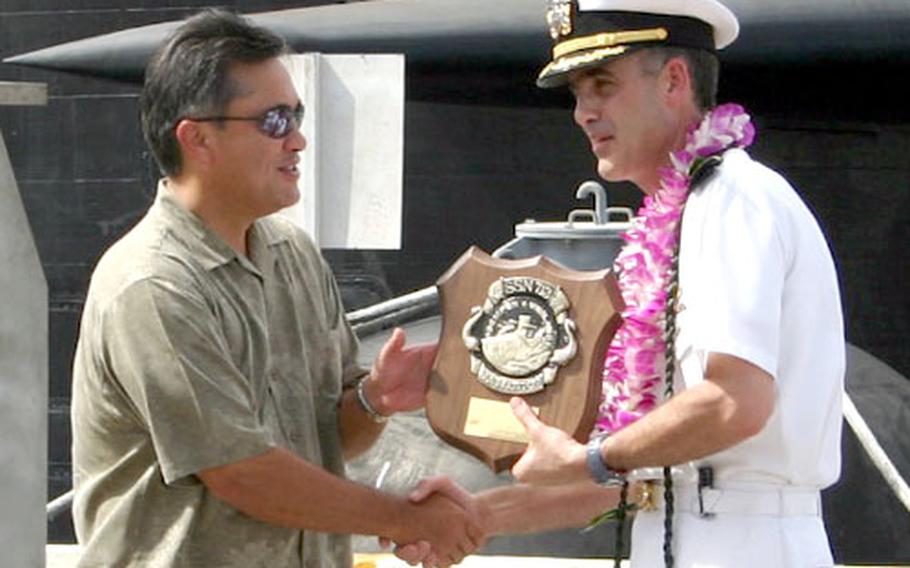 GUAM &#8212; The 80-degree temperatures thawed any idea this was the North Pole. but Guam still was looking a lot like Christmas on Friday morning as the USS Houston pulled into Apra Harbor here.

Santa Claus was present to help out, waving from the deck. But mostly, the crew said, it was the family members waiting dockside to welcome the submarine to its new permanent base &#8212; just in time for the holiday.

&#8220;We made a big effort to get all the families here and then to get here the day before Christmas so the crew can spend Christmas with their families,&#8221; said Cmdr. Christopher Kaiser, the Houston&#8217;s commanding officer. &#8220;It makes it that much more meaningful.&#8221;

Also on hand to mark the occasion were Guam government and business officials, Commodore Brad Gehrke, commander of Submarine Squadron 15, and a local dance troupe.

But Kaiser said the weather alone probably was enough to clue most Houston crew members that they no longer were in their former base in Bremerton, Wash. The sub&#8217;s two-week voyage brought it from Bremerton via Alaska.

Guam officials &#8212; who said they expect their island&#8217;s economy to be bolstered by the increased U.S. military presence&#8212; said they think it&#8217;s pretty wonderful, too. Among those giving welcoming speeches at the dockside ceremony were Guam Gov. Felix Camacho and James Adkins, Guam Chamber of Commerce Armed Forces Committee chairman.

The Houston joins the USS City of Corpus Christi and the USS San Francisco in Submarine Squadron 15, which was reactivated in February 2001.