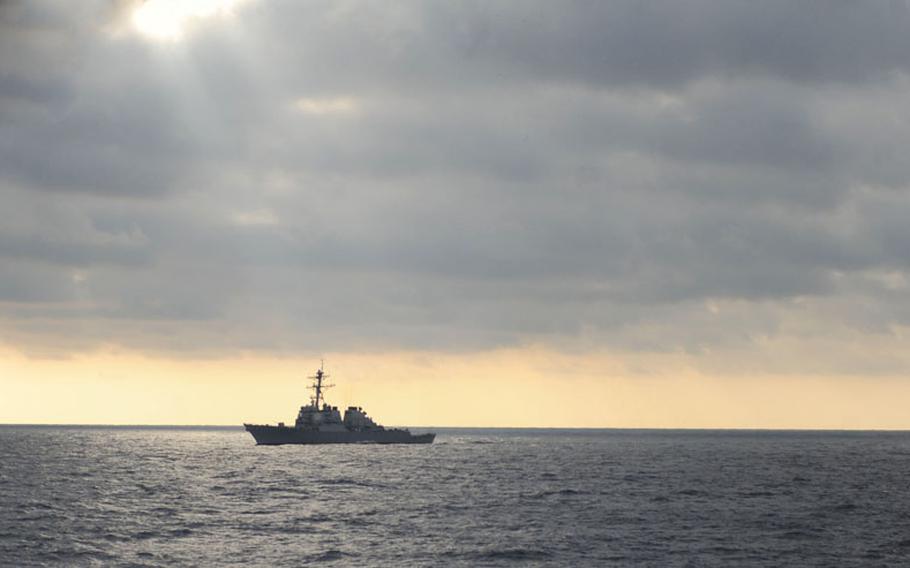 The guided-missile destroyer USS Gonzalez returns to Naval Station Norfolk after a six-month deployment to the Horn of Africa and the Indian Ocean in this Dec. 2010 photo. (Joe Hontz/U.S. Navy)

NAPLES, Italy &mdash; The U.S. Navy is sending the guided missile destroyer USS Gonzalez to shore up anti-piracy operations across the Mediterranean and off the east coast of Africa.

The destroyer deployed Friday from Naval Station Norfolk in Virginia and is expected to help police the world&rsquo;s most dangerous region for piracy, according to a Navy news release.

There were 278 piracy-related incidents in 2012 through Dec. 3, according to the International Maritime Bureau&rsquo;s piracy reporting center, which tracks worldwide attacks. Of those, 71 occurred near Somalia. The bureau reported 406 total attacks in 2009.

The Gonzalez will serve under the Navy&rsquo;s 6th Fleet, which monitors Europe and Africa. The ship is expected to make port stops throughout the Mediterranean and Africa. The crew is led by Cmdr. Christopher Inskeep.

The Gonzalez is replacing the destroyer USS Oscar Austin, which deployed to the region in July. Servicemembers abroad the Oscar Austin made headlines in November when they teamed up with the Iranian Coast Guard to rescue two Iranian fishermen floating on a life raft in the Arabian Gulf, according to the Navy.

The Gonzalez is named for Marine Corps Sgt. Alfredo Gonzalez, who was awarded the Medal of Honor after he was killed during the Vietnam War&rsquo;s Battle of Hue City in 1968 while protecting members of his platoon.