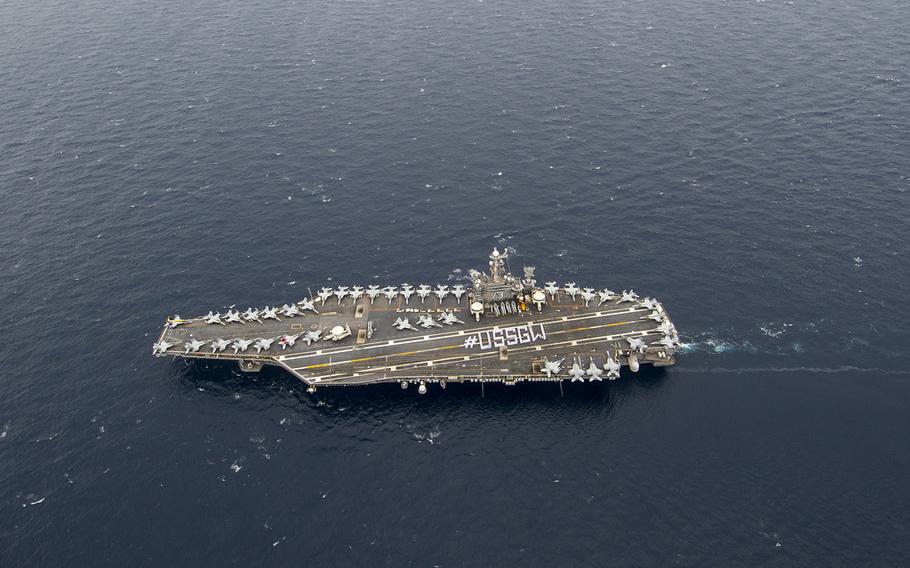 SEOUL — The USS George Washington is scheduled to visit South Korea on Thursday for what the Navy is calling “a routine port-of-call.”

The aircraft carrier — along with the guided missile cruiser USS Antietam and guided-missile destroyer USS Preble – will dock in Busan, on the southernmost tip of the Korean peninsula, until Sunday.

The ships are part of the George Washington Strike Group, which operates from Yokosuka, Japan.

“During the four-day visit, U.S. Navy personnel will have the opportunity to engage with Republic of Korea navy counterparts and participate in cultural exchanges and community outreach events with citizens from the Republic of Korea,” according to a Navy statement.

Visits to the peninsula by the George Washington and other aircraft carriers have, in recent years, prompted officials in North Korea and China to issue statements critical of the U.S. military for bringing such high-profile ships anywhere near their waters.

The Navy is expected to become more of a presence in Busan in the years ahead. Earlier this year, U.S. Naval Forces Korea broke ground for a new headquarters facility on a South Korean naval base there.

Moving personnel and equipment from the current headquarters in Seoul will occur in phases, and is scheduled to be completed by 2015. Approximately 85 of the more than 450 Navy personnel in South Korea are assigned to the headquarters.