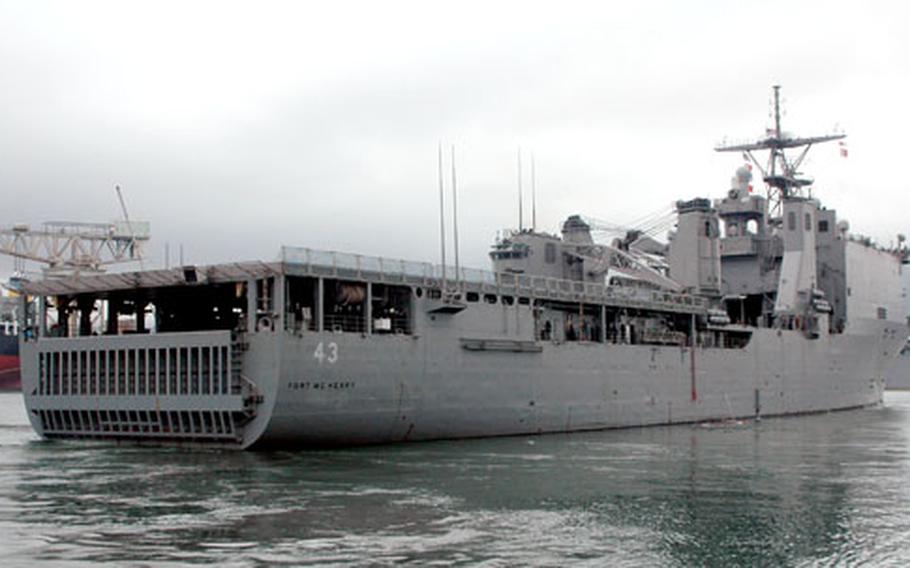 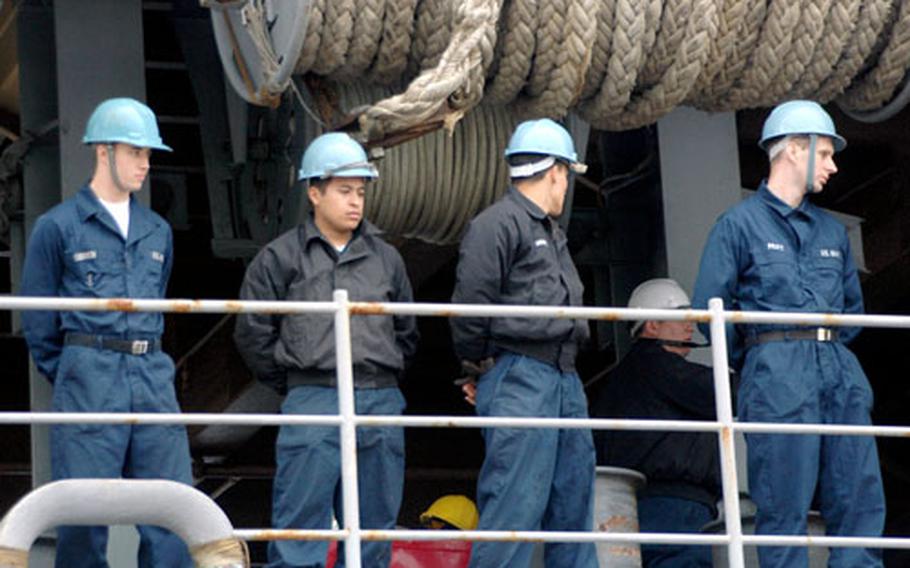 Crewmembers aboard the USS Fort McHenry watch activity on the pier as the ship leaves its berth at Sasebo Naval Base. (Greg Tyler / S&S)

As USS Fort McHenry left India Basin here Thursday for the last time as a Forward Deployed Naval Forces ship, the lifeblood of the ship, its crew, remained behind in Sasebo to man that port&#8217;s newest resident &#8212; the almost-identical USS Tortuga.

Tortuga&#8217;s crew now is aboard the Fort McHenry, which is headed soon to its new home in Virginia. The Tortuga and the Fort McHenry finished a hull exchange Wednesday &#8220;about a week to 10 days ahead of schedule,&#8221; said Lt. Edward Sisk, Commander Task Force 76 spokesman.

Cmdr. Michael T. Talaga, Tortuga&#8217;s skipper, said, &#8220;We completed earlier than expected because the crews of both ships started communications very early and focused on priority items.&#8221; An administrative exchange-of-command took place Wednesday afternoon on the flight deck of the Tortuga, which now officially is part of the FDNF.

After leaving the India Basin Thursday, the new crew of the Fort McHenry, which has operated from Sasebo since 1995, conducted training in Sasebo Harbor.

Friday, the ship was to load three landing craft air-cushioned transports, or LCACs, from nearby Sakibe Laydown Facility before steaming to its new permanent base, Amphibious Naval Base Little Creek, Va.

The Tortuga arrived in Sasebo on March 31 after an 11,000-mile voyage from Naval Amphibious Base Little Creek, Va.