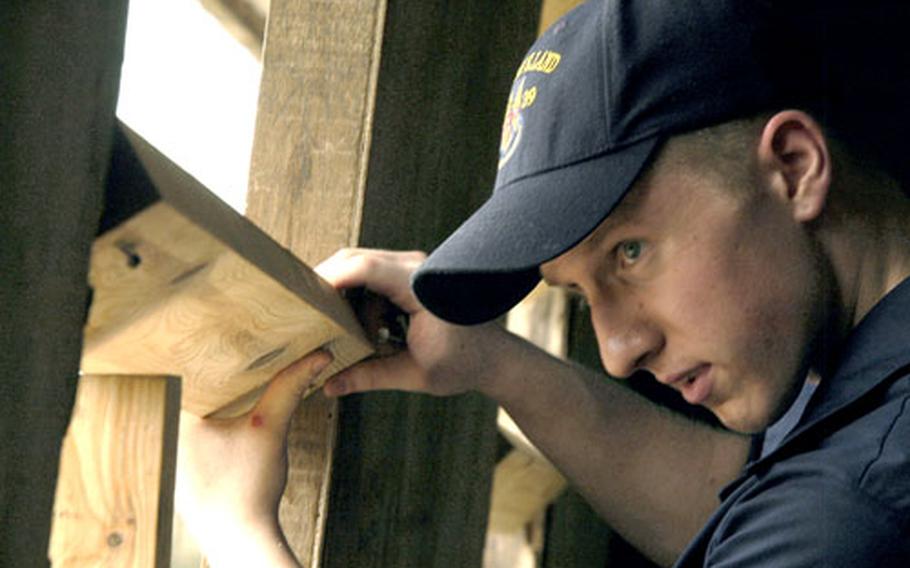 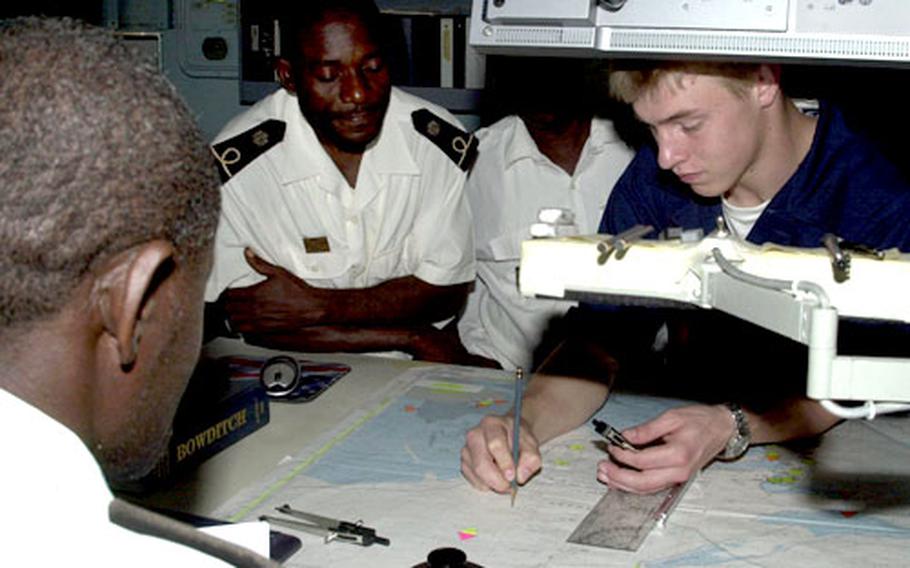 Sailors from the submarine tender USS Emory S. Land have been working to build better relationships in Gabon one wrench turn at a time.

Dozens of sailors from the ship&#8217;s 1,400-member crew worked with the Gabonese navy and made repairs on two of its ships during a visit to the West African country&#8217;s Port Gentil.

The visit, which ended Friday, was the second stop on the Land&#8217;s current Gulf of Guinea deployment. The deployment is the ship&#8217;s second to the region in two years.

The ship is in the region as part of the U.S. European Command&#8217;s bid to strengthen everything from security in the area to relationships between the U.S. and nations around the Gulf of Guinea, which has large oil reserves.

But Land&#8217;s sailors have been more focused on the basics, strengthening those relationships at the lowest level, between sailors and their host-nation counterparts.

Dayton and others from the ship&#8217;s 400-sailor-strong department worked on engineering equipment in two Gabonese Navy corvettes, which are smaller than a U.S. frigate.

As a submarine tender with a large repair department, Land&#8217;s crew is able to work on equipment, provide necessary supplies and make repairs that would take the Gabonese sailors a long time, Dayton said.

Even when the Gabonese do have supplies, they frequently don&#8217;t have the technical manuals to allow them to make the repairs.

&#8220;This is where all of the training we go through comes into play,&#8221; Dayton said, explaining that the U.S. sailors&#8217; hands-on repair knowledge overcame some problems that had the Gabonese stymied.

Dayton added that the Gabonese paid close attention to the work the sailors have done. One Land sailor even created a Powerpoint presentation for the Gabonese on trouble-shooting pumps, Dayton said.

Lt. Paul Stolzman, the Land&#8217;s training officer, said the Gabonese sailors want training on how to better themselves and their small Navy.

Land crew members taught classes on about a dozen topics, from tropical medicine to fiberglass repair, Stolzman said. He added that the Gabonese were so eager for training that they asked for extra courses.

Much of the training was conducted on site, he said.

Land left for this year&#8217;s Gulf of Guinea deployment in late February. Earlier this month, it stopped in the nation of Sao Tome and Principe.