USS Denver to be replaced in 2015; minehunters coming in May 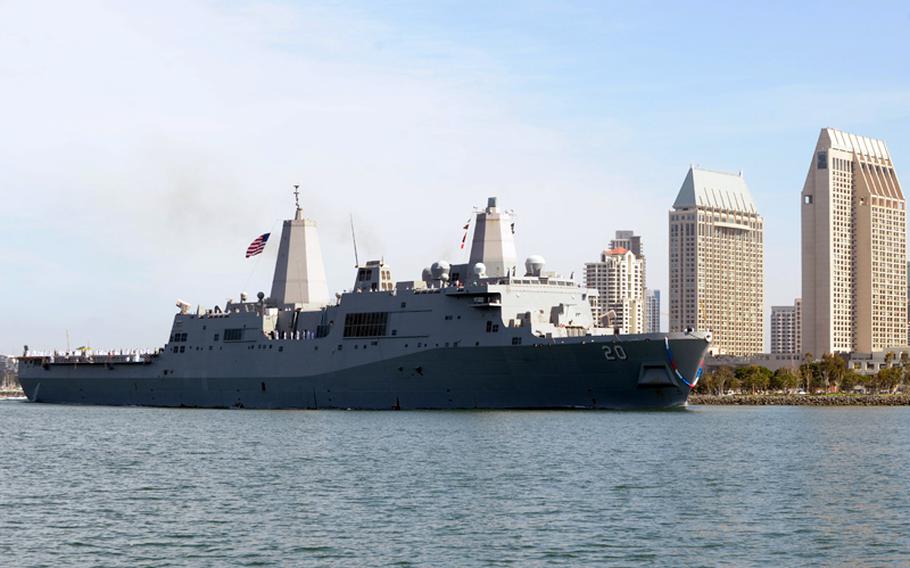 The amphibious transport dock ship USS Green Bay returns to Naval Base San Diego in May 2013. The ship will replace USS Denver, the oldest modern-era ship in the active fleet, in 2015. (Rosalie Garcia/U.S. Navy)

The amphibious transport dock ship USS Green Bay returns to Naval Base San Diego in May 2013. The ship will replace USS Denver, the oldest modern-era ship in the active fleet, in 2015. (Rosalie Garcia/U.S. Navy) 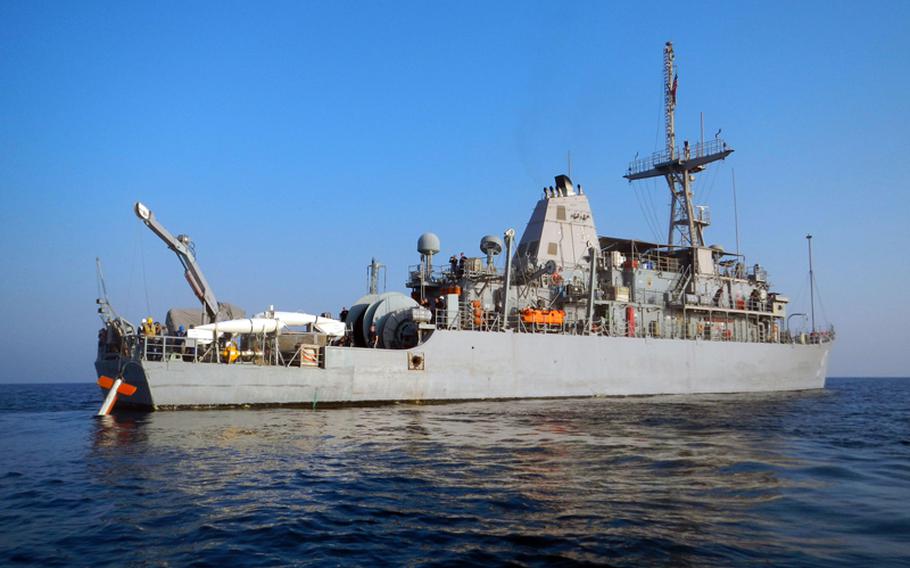 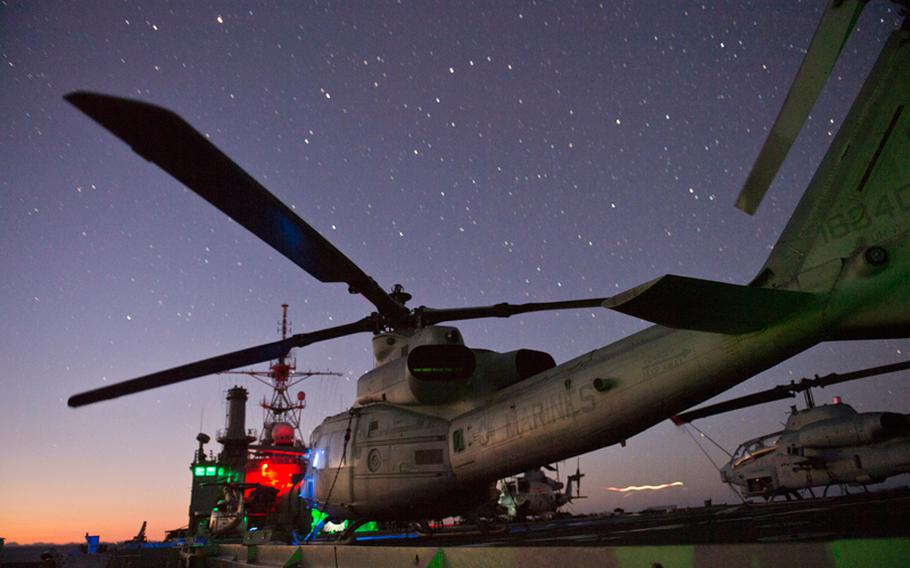 YOKOSUKA NAVAL BASE, Japan — USS Denver, the Navy’s second-oldest active ship, will be decommissioned later this year and eventually replaced by USS Green Bay at Sasebo Naval Base in Japan, officials announced Thursday.

Two Sasebo-based mine countermeasure ships will also be swapped with upgraded replacements as part of the Navy’s ongoing moves to bring much of its most advanced equipment to the Asia-Pacific region.

USS Denver, an amphibious transport dock ship, will depart Sasebo for Pearl Harbor this summer, when it will end its active service. USS Green Bay, a San-Antonio class amphibious ship commissioned in 2009, will arrive at Sasebo in February 2015, according to a Navy statement.

Green Bay’s upgrades over Denver include its command-and-control suite, as well as increased lift and carrying capability via landing craft and the Marine Corps’ Osprey tilt-rotor aircraft, Navy officials said.

Prior to Green Bay’s arrival, the USS Peleliu will support 7th Fleet operations in the Pacific.

The Austin-class USS Denver, the third ship to bear its name, had its keel laid in Seattle in 1964. Only the wood-hulled USS Constitution, first launched in 1797, is older among active ships.

Meanwhile, the Avenger-class minehunters USS Pioneer and USS Chief are scheduled to arrive in May at Sasebo. They will replace USS Avenger and USS Defender, which were the first two ships of their class. The departing ships will be heavy-lifted to San Diego and decommissioned.

The ship changes will not affect base facilities or necessitate major relocations of sailors, officials said.

The changes come less than a month after the Navy announced that USS Ronald Reagan, one of the fleet’s newest aircraft carriers, would replace USS George Washington at Yokosuka Naval Base, Japan, in summer 2015.

Prior to that, the Navy swapped out the amphibious assault ship USS Essex and replaced it with the newer USS Bonhomme Richard. Several aging aircraft operating in the Western Pacific have also been upgraded with newer models.

Both the Obama administration and the Pentagon view the Asia-Pacific region as their highest long-term security priority. In recent years, threats from North Korea and maritime conflicts between China and multiple U.S. allies over ownership of islands in western Pacific waters has led to increased tensions in the region.