USS Cheyenne makes port call in S. Korea amid tensions with the North 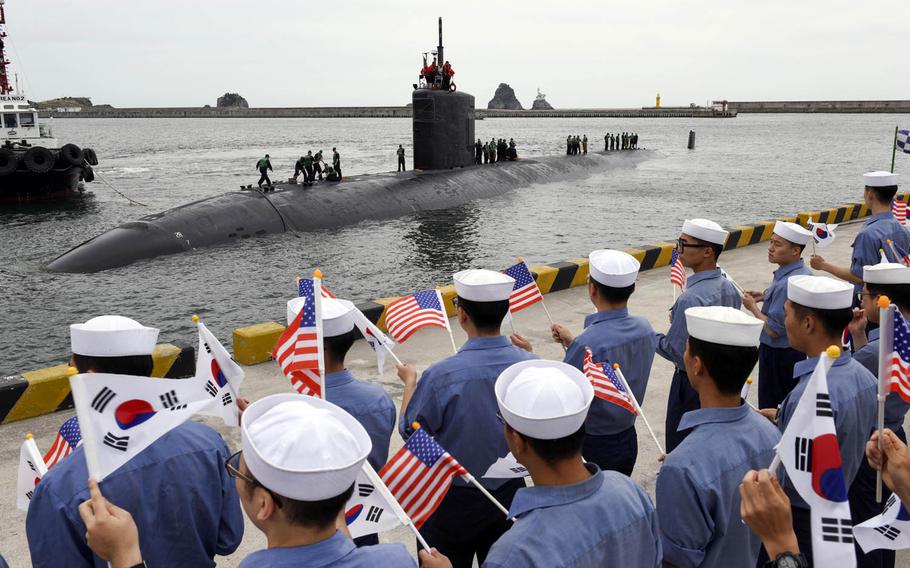 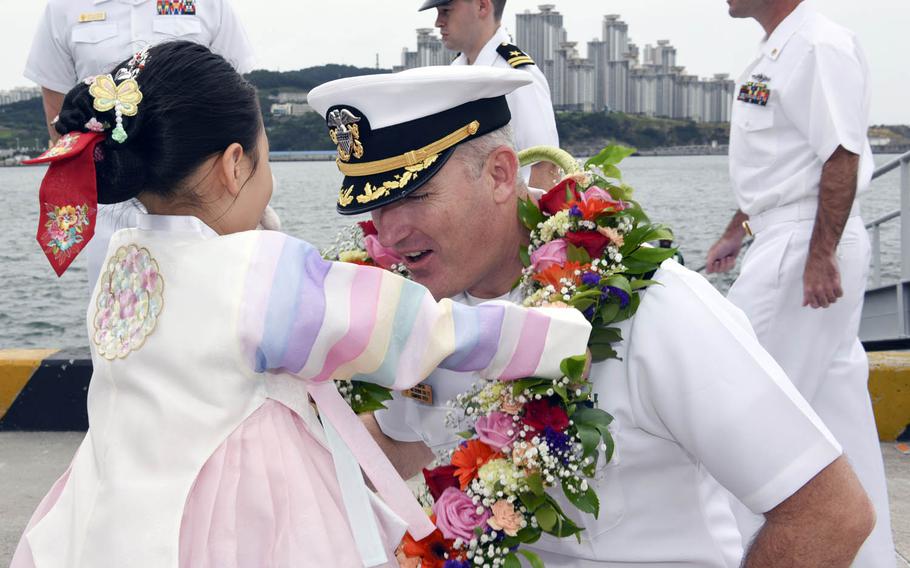 SEOUL, South Korea — The attack submarine USS Cheyenne made a port call to the southeastern city of Busan Tuesday in the latest show of military might amid rising tensions with North Korea.

The Navy said the 360-foot-long Los Angeles-class submarine was on a routine visit as part of a regularly scheduled deployment to the Western Pacific.

But the sight of U.S. warships and other military hardware near the divided peninsula rankles North Korea, which accuses Washington and Seoul of preparing for an invasion.

The U.S. military has been beefing up its resources in the region as fears grow over the growing nuclear and missile threat from the North.

The submarine — which is named for the capital of Wyoming and has its homeport in Pearl Harbor, Hawaii — arrived at Busan just over a month after the USS Michigan paid a visit. The aircraft carriers USS Carl Vinson and Ronald Reagan also conducted dual operations last week, and the Nimitz is on its way to the Pacific.

The Los Angeles-class attack submarine USS Olympia pulled into Yokosuka, Japan, on May 31 for a port visit.

North Korea has test-fired about a dozen missiles this year, increasing the pace of its testing program in defiance of a ban on ballistic technology in U.N. Security Council resolutions that are backed by punishing sanctions. It also conducted two underground nuclear tests last year.

Defense Secretary Jim Mattis called North Korea a “clear and present danger” during his speech Saturday at an international security conference in Singapore.

“We’re working diplomatically, economically, we’re trying to exhaust all possible alternatives to avert this race for a nuclear weapon,” he said. “We want to stop this. We consider it urgent.”

The visit by the Cheyenne, which was commissioned in 1996 and weighs more than 6,000 tons when submerged, is proof of the U.S. commitment to its alliance with South Korea, officials said.

“We are honored to host the crew of USS Cheyenne for a much deserved port visit” Rear Adm. Brad Cooper, commander of U.S. Naval Forces Korea, said in a statement.

He added that the U.S. and South Korean navies “routinely work shoulder to shoulder with one another and this port visit is an opportunity for Cheyenne sailors to enjoy Busan and explore the Korean culture.”

The United States has about 28,500 servicemembers stationed in South Korea, which is still considered to be at war with the North after the 1950-53 conflict ended in an armistice instead of a peace treaty.