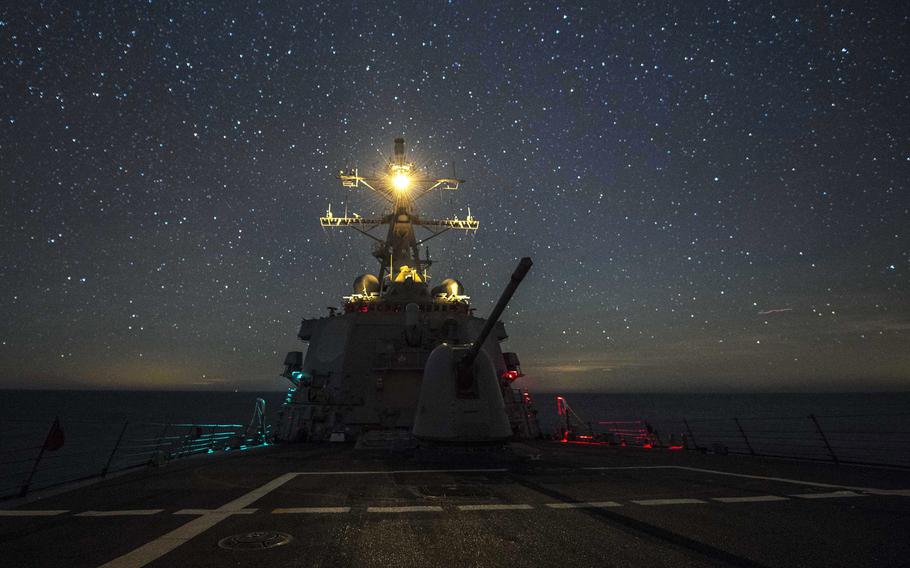 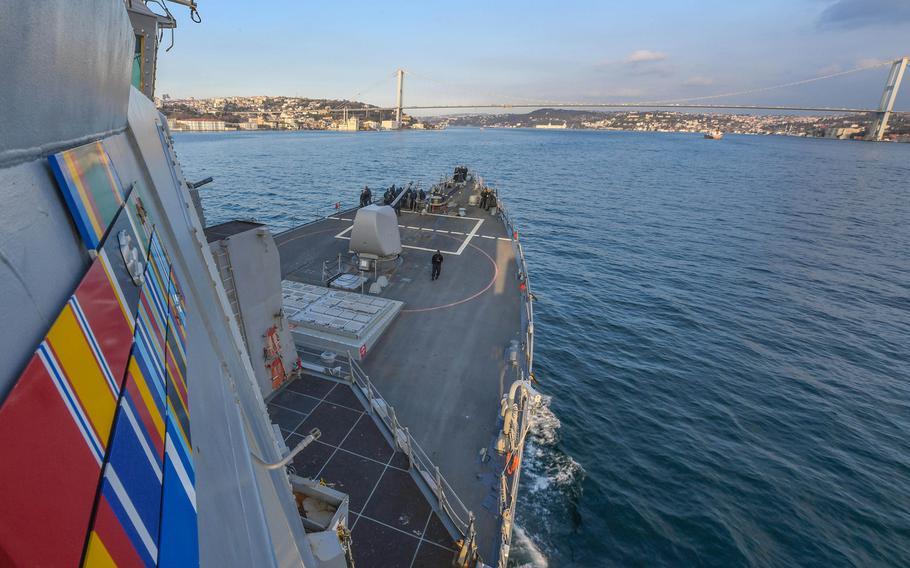 NAPLES, Italy — The USS Carney cruised into the Black Sea on Friday, the third U.S. destroyer since August to patrol the tense region. In the past, U.S. warships sailed into the Black Sea only sporadically and mostly for allied exercises. But the Arleigh Burke-class destroyers USS Porter and James E. Williams patrolled those waters in August and late November, respectively. Moscow views the increased U.S. presence in the Black Sea as part of Washington’s more aggressive posturing since Russia annexed the Crimean Peninsula in 2014. Navy officials say the ships are being sent there to bolster allied defenses and protect waters of economic and military importance. “U.S. ships will continue to enter the Black Sea and work with our allies and partners to ensure maritime security and stability,” said Capt. Tate Westbrook, who oversees ships in the 6th Fleet theater. Washington rankled Moscow with its recent decision to supply lethal weapons, including anti-tank missiles, to Ukraine in its fight against Russia-backed separatist rebels. These will include the Raytheon Javelin anti-tank missiles that Ukraine wants to bolster its anti-tank capabilities. Previously, Washington has provided Ukraine only with support equipment and training. Some analysts say it’s imperative that the U.S. steps up its aerial and maritime patrols, because Russia too is deploying more naval forces in the Black Sea. “If Moscow mounts a challenge to our presence and our alliances in the region on a day-in, day-out basis and Washington replies to that challenge only erratically and occasionally, who comes out ahead in that dialogue?” said Jim Holmes, strategy professor at the Naval War College. “Moscow, in all likelihood.”