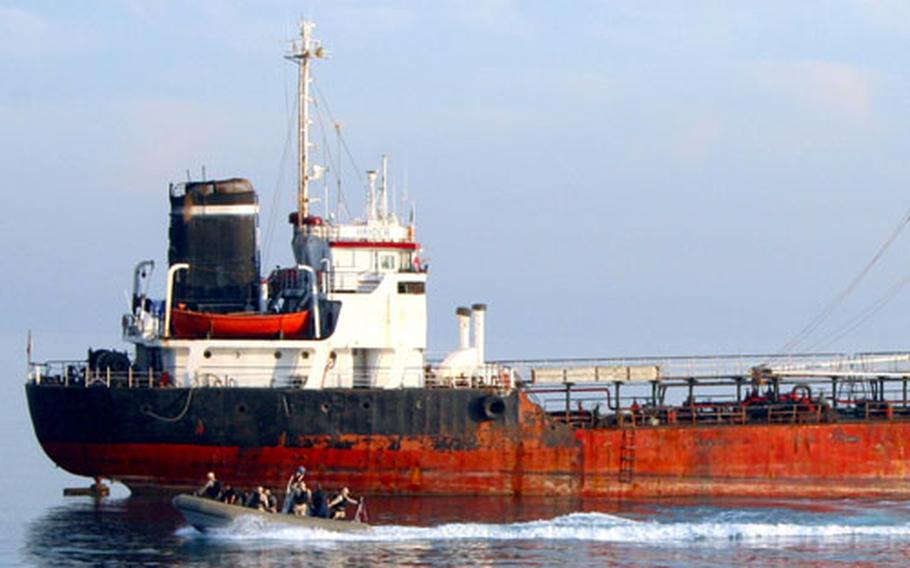 A boarding team from the USS Cape St. George approaches the tanker Hayder after its master called the cruiser to say it had been attacked. (Terry L. Mullins / U.S. Navy)

Sailors from the cruiser USS Cape St. George helped a Panamanian-flagged tanker that had been fired on and boarded by unknown assailants in the northern Persian Gulf recently.

The Motor Vessel Hayder master radioed the cruiser shortly after the attack.

A Cape St. George boarding team was sent to the Hayder, sweeping the ship to verify it was safe for the crew to remain onboard. The team also searched for contraband and weapons, according to a Navy press release.

&#8220;We could tell that the ship&#8217;s master was shaken up and frustrated after being attacked,&#8221; said Ensign Christopher Tilley, the boarding team leader. &#8220;But he told us several times how glad he was that we were there and the coalition was making the area safer.&#8221;

Nothing was found by the boarding team.