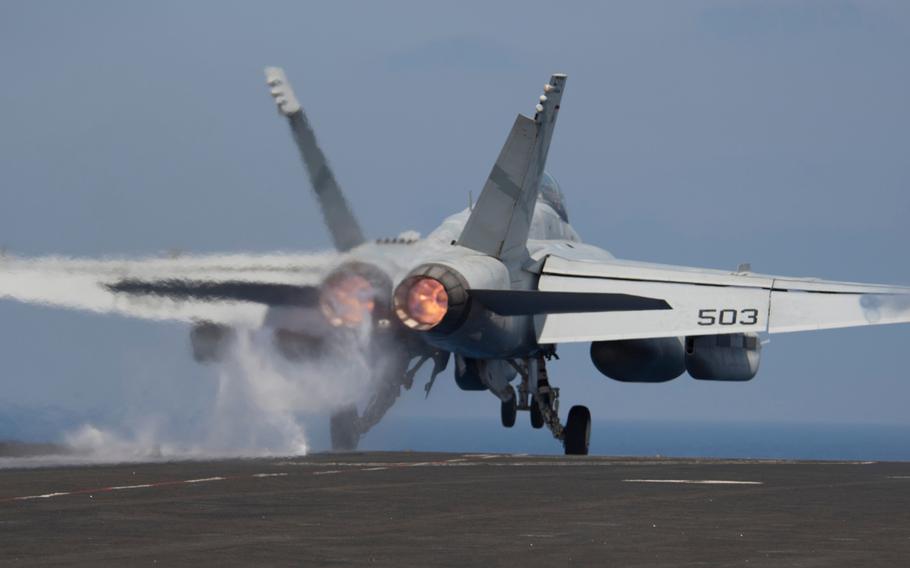 An EA-18G Growler, attached to the "Lancers" of Electronic Attack Squadron 131, launches from the flight deck of the Nimitz-class aircraft carrier USS George H.W. Bush to conduct flight operations in support of Operation Inherent Resolve on June 6, 2017. (Christopher Gaines/U.S. Navy)

The USS George H.W. Bush has moved to the eastern Mediterranean and is launching air attacks against the Islamic State, the Navy said.

The strike group had departed from the U.S. Central Command area of operations where it had spent more than two months.

The Nimitz-class aircraft carrier deployed from Norfolk, Va., on Jan. 21 as part of Operation Inherent Resolve, the U.S. military’s effort to nullify ISIS in Iraq and Syria. This is its second deployment to fight ISIS and third overall since it was commissioned in 2009.

The strike group launched the first air assaults against ISIS during this deployment from the Mediterranean in early March.