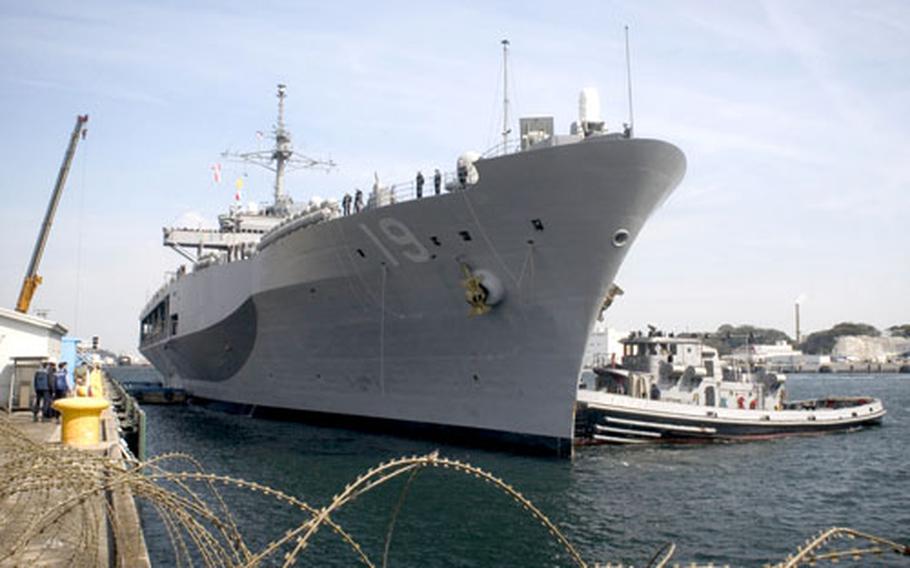 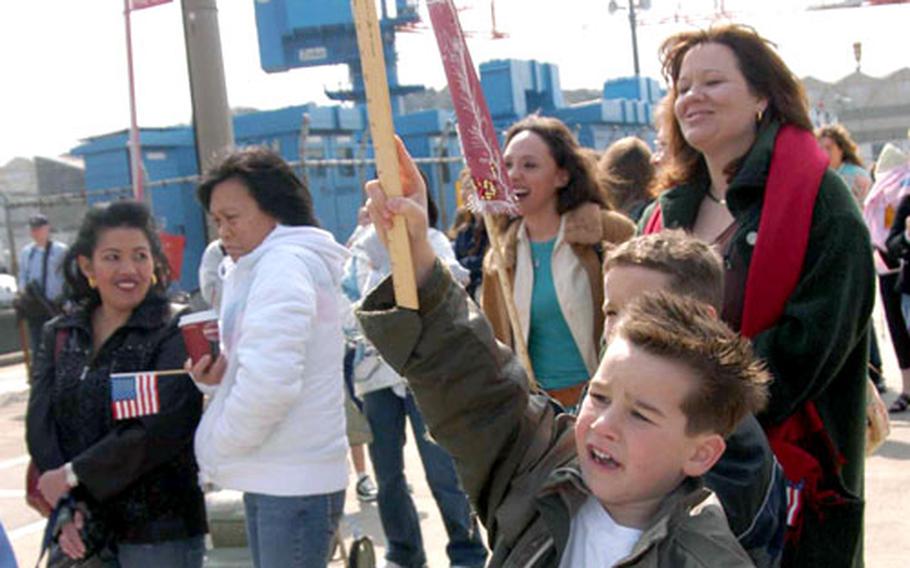 Richard Arnold, 6, waves to his dad aboard the USS Blue Ridge Friday morning at Yokosuka Naval Base. (Allison Batdorff / S&S) No crew members from the 7th Fleet command ship were involved in disciplinary incidents ashore while the Blue Ridge was under way, though recent events in Yokosuka had government officials in one city less than enthusiastic about the Blue Ridge&#8217;s visit.

&#8220;Liberty incidents have been in the spotlight lately but we had no incidents that caused any concern,&#8221; Capt. Jeff Bartkoski, the commanding officer, said Friday during a welcome-home celebration on the pier.

Several government officials in the Japanese port of Muroran protested the Blue Ridge&#8217;s visit, saying it &#8220;was not the right time&#8221; for the ship to stop in due to the Jan. 3 beating death of a 56-year-old Yokosuka woman, allegedly at the hands of a U.S. sailor. USS Kitty Hawk airman William Oliver Reese Jr. admitted to killing Yoshie Sato in his first appearance in Japanese court last week.

&#8220;We understood their concern; this was the same month as the murder,&#8221; said Bartkoski, adding that while protesting officials did not attend events connected with the ship&#8217;s port visit, others in Muroran made them feel welcome.

The focus of the routine deployment was diplomacy and positive community relations.

Bartkoski said local media dubbed one corpsman the &#8220;Angel of the Navy&#8221; after she helped an abandoned girl in a Thai home for street children.

Petty Officer 3rd Class Godfrey Bamfield liked the athletic events, he said, but it was rough seas for a couple of days and he&#8217;s glad to be home.