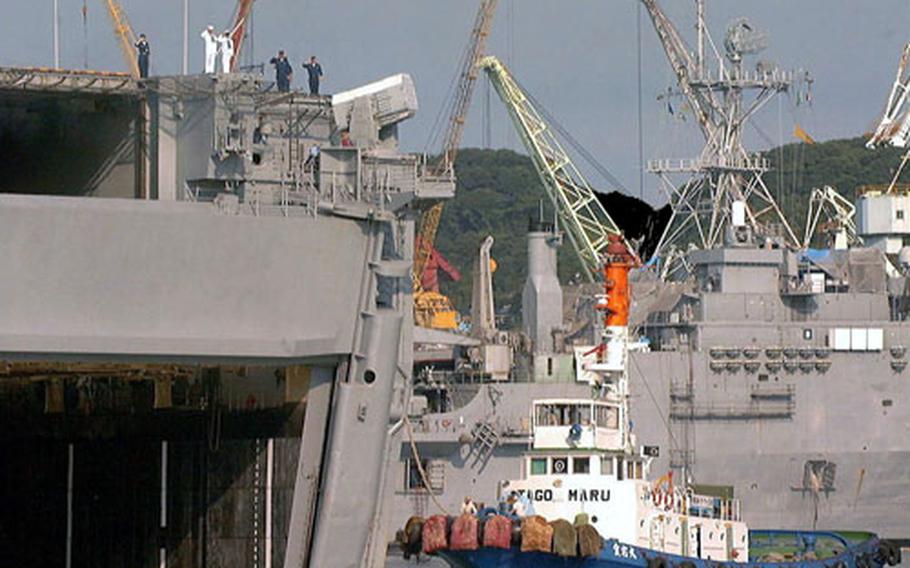 The USS Belleau Wood, based out of Sasebo Naval Base, Japan, since 1992, is shown being pulled out of the India Basin by tug boats in August 2000 for the last time. The USS Essex replaced Belleau Wood, which recently was decommissioned at Naval Station San Diego. (Greg Tyler / S&S)

The USS Essex replaced the Belleau Wood in July 2000 in what then was the largest and one of the first U.S. Navy crew exchanges.

The ship decommissioning ceremony was held on Oct. 13, the Navy&#8217;s 230th birthday, according to a recent Navy news report.

On active duty for 27 years, the USS Belleau Wood is the first of five Tarawa-class amphibious assault ships to be decommissioned.

The name Belleau Wood came from the historic World War I battle in France in which Marines stopped the Germans&#8217; last major offensive.

This Belleau Wood was the second ship in the Navy to bear the name. The aircraft carrier Belleau Wood served during World War II.